$1.3M awarded to Black man arrested by Boston police after having a stroke

When Al Copeland began experiencing stroke symptoms behind the wheel, he pulled over in the hopes that someone might come to his aid.

The Black man, 64, was instead arrested for drunk driving by Boston police and jailed for hours before receiving treatment, leading to a $1.3 million settlement kept largely under wraps by the city until a report by WBUR’s Ally Jarmanning the following year.

In 2019, Boston police officers reportedly found Al “slumped” over and “barely conscious” after having a stroke in his car. He had pulled over in front of the Berklee College of Music, Jarmanning reported.

“I was afraid,” Al told Jarmanning in a report published on Oct. 12. “I say, well, at least if anything happens to me, somebody will find me.”

According to Jarmanning, police arrested Al, who was 62 at the time, with authorities writing in their official report that they smelled alcohol in the car. Al later told WBUR he hadn’t had a sip of alcohol since 1995.

His wife, Valerie, told Jarmanning she believed officers made a snap judgment based on the color of Al’s skin.

“Why they didn’t assume he was sick?” Valerie asked. “I can only and strongly believe it’s because he’s a Black male.”

Police footage reportedly shows Al barely able to keep upright under his own power after being taken to the station, at one point falling and banging his head against the wall of a holding cell, per WBUR.

Officers then left Al in the cell to “sleep it off,” according to police records reviewed by WBUR, eventually calling an ambulance after Al began vomiting nearly five hours after he was first found in his car.

“To see how uncaring they were,” Valerie told Jarmanning after watching the events play out over five hours of footage. “It is unfortunately ⁠— it should be shocking, but it’s not.”

Once Al was taken to Tufts Medical Center, police records reveal he was left in the emergency room for another seven hours by medical providers who also assumed Al was under  the influence.

Doctors did not confirm Al had a stroke until Valerie arrived, but the delayed response from police and medical officials caused Al to require weeks of hospitalization followed by a rehab program.

“My balance, my attitude, my appetite,” Al told WBUR, were all negatively impacted by the experience, which forced him to leave his job with the city’s public transportation agency. “Tasting food, and some cognitive things that are still happening, and some physical things as well.”

According to Jarmanning, the department did not investigate the incident until the family’s attorney, George Leontire, reached out to the city — and still, no disciplinary action has been taken against the arresting officers. 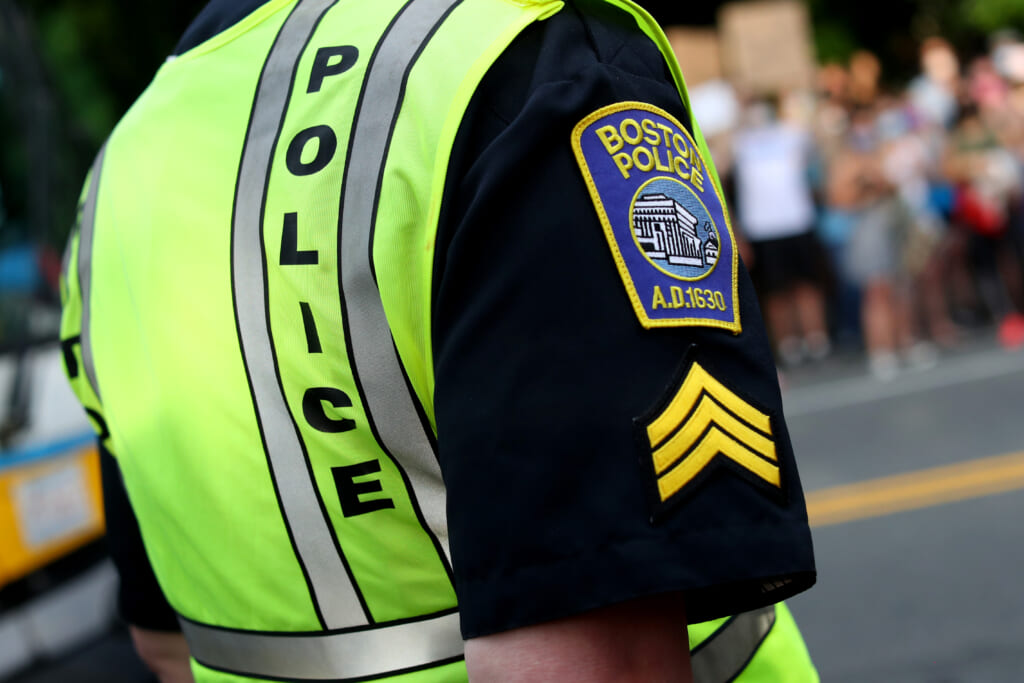 BOSTON, MASSACHUSETTS – JUNE 04: A Boston Police Officer stands beside a protest on June 04, 2020 in Boston, Massachusetts. The protests were in response to the death of George Floyd, an African American, while in the custody of the Minneapolis, Minnesota police, Protests calling for an end to police brutality have spread across cities in the U.S., and in other parts of the world. (Photo by Maddie Meyer/Getty Images)

Instead, two officers and a sergeant were cited for neglect of duty regarding their response to Al’s head injury, but not regarding their initial assumption that Al had been driving under the influence.

Tufts apologized for its role in the situation, but according to WBUR, said it could not comment specifically on Al’s care or any legal matters relating to the family. The institution has reportedly since formed a diversity, equity and inclusion center and hired social workers trained to assist patients with communication difficulties. 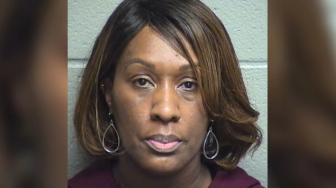 In the summer of 2020, Boston paid the Copelands $1.3 million — one of the largest settlements in the city’s history — amid citywide protests for racial equity, yet the family told Jarmanning that neither Boston police nor the city have apologized or contacted them since.

“People don’t want this to happen to anybody else,” Valerie told WBUR, upset that the officers have yet to be held accountable. “That’s what we’re looking for. And so the [internal affairs investigation] report basically says: no lessons to be learned here.”

“Hopefully some things can come out of this,” Al told Jarmanning. “To shed some light on it, to change some things systemically. But who the hell knows.”

Have you subscribed to the Grio podcasts, ‘Dear Culture’ or Acting Up? Download our newest episodes now!