Another Big Corporation Tries to Silence Its Customers 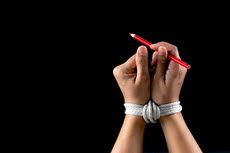 It takes a lot to shock us, but what one large corporation is trying to do is right up there with the more egregious cases we've written about in our 22 years of reporting. In this case, it's personal, but we’re shining a light on it because it could impact any one of our readers, and also highlights practices that likely extend well beyond the specific company and industry in this instance.

The troubles began on October 14, David and I heard a loud noise outside, and immediately lost our Internet connection. An XPO Logistics semi-tractor trailer had driven down our tiny one-way street and clipped the wires that ran from the utility pole across the street to our house. 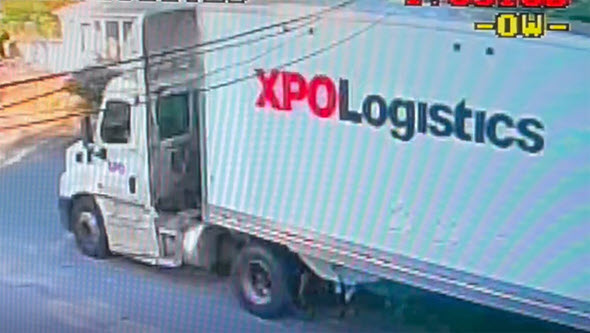 Amazingly it didn't take down the electrical wire, but it snapped our Verizon Fios Internet cable, which was now lying across our neighbor's driveway.

Over 24 hours after reporting the issue - which seems like a lifetime when without an Internet connection - a Verizon technician came and reconnected our service. But in carrying his ladder to the side of our house, he smashed our decorative arbor beyond repair. 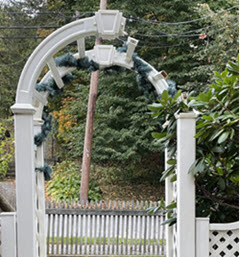 We were given his supervisor's contact information, and the Verizon field manager agreed the company would pay for a replacement - but we had to pay for it first. After we submitted the receipt, she replied, "I will submit the damage report and receipts today. Typical reimbursement is 2-3 weeks."

Enter the claims representative from Sedgwick Claims Management Services, Inc., who contacted us about Verizon's claim. After first telling David he wanted to depreciate the value of the arbor, he finally agreed to pay the full amount as Verizon had promised.

He said we would have to sign a "release" that was, in fact, a contract that included a confidentiality clause. (We're the releasors, they are the releasees.) The contract stated that the promise of confidentiality as provided in this paragraph was a material inducement to releasees to enter into the release. Wasn't the fact that Verizon damaged our property the "inducement" to compensate us, as it had already agreed to do? Why were they making *us* agree to pay $100 for the "privilege" of losing some rights?

But more disturbing was the non-disparagement clause under the confidentiality section of the release (not labeled as such, which made it easy to miss) that required us to agree that we would never disparage them. Ever. With no limits outlined in the paragraph, so if Verizon screwed up in the future, we could never discuss it with anyone, "including but not limited to entries or comments on websites, on the internet, or on any other electronic, print or social media."

Not just about this matter, and not just us meaning David and myself, and not just them meaning the "releasees" (which include Verizon New England, Sedgwick Claims Management Services, Inc., National Union Fire Insurance Company of Pittsburgh PA, and their insurance carriers, members, partners, subsidiaries, affiliates, parents, and related companies).

Our relatives and heirs would also be bound by the non-disparagement clause!

And it would extend not only to that exhaustive list of releasees listed above, but also to *their* "heirs, executors, administrators, agents, predecessors, successors, divisions, officers, directors, shareholders, members, employees, assigns, partners, subsidiaries, affiliates, parents, insurers, third party administrators, and attorneys." 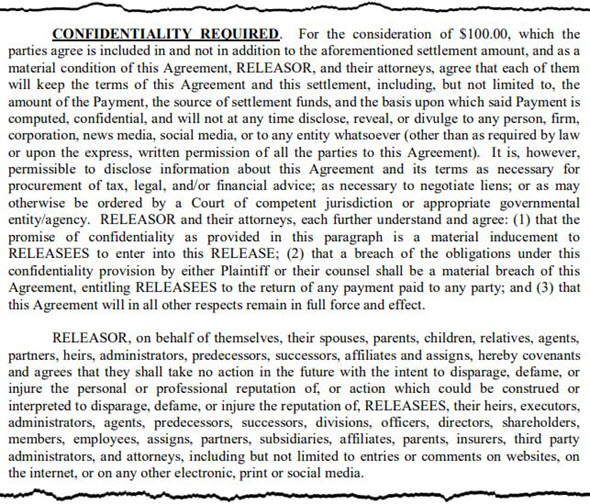 The non-disparagement clause seemingly had no limits. Imagine if a company with whom we had a problem now or at any time in the future was acquired by Verizon or Sedgwick, etc. - suddenly, our hands would be tied?

That was a non-starter - we refused to sign the contract as it stood, and even though Verizon had agreed to reimburse us, it won't without a signed, unamended release.

As reporters, it's repugnant to us when large companies try to silence people. And as reporters, we can't sign an overreaching contract that limits what we can say. Verizon itself owns ecommerce business units. Does that mean I couldn't publish a letter from a reader on my website from a seller critical of its services?

Verizon and Sedgwick kept pointing their fingers at each other, each saying there was nothing they could do. Sedgwick said the client (Verizon New England) required the contract to be signed. After reaching out to Craig Silliman, Verizon's executive vice president and chief administrative, legal and public policy officer, a representative called us back and said there was nothing Verizon could do - it was between us and Sedgwick.

A  Federal law  prohibits non-disparagement provisions in form contracts. The contract Sedgwick sent us prevented us from disparaging the companies including entries or comments on websites, on the internet, or on any other electronic, print or social media.

It's unclear if the Consumer Review Fairness Act applies to the Verizon/Sedgwick contract, but the spirit of the law certainly does:

We felt it was important to expose what we feel is unfair behavior by Goliaths against consumers. Be careful what you sign - and when you see something wrong, we hope you'll continue to speak out as you have when it comes to your online selling businesses.