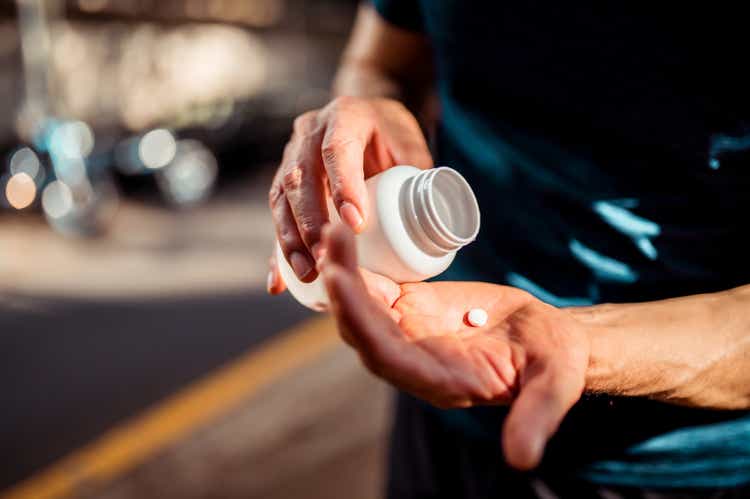 We added to our position in Assertio (NASDAQ:ASRT ) in the low $2s, the company sells pain medication but dispensed with its sales force to concentrate on digital marketing and sales exclusively.

While that might have seemed a bit of a gamble (in large part born out of necessity in order to reduce cost and a large debt load and in order to deal with the pandemic headwind), it is starting to work with financials clearly improving substantially.

The company has managed to pay off debt well over $900M in the last five years and it is now able to even increase its product portfolio, adding Otrexup, which it bought in December 2021 for $18M upfront, and another $26M in deferred payments from Antares (ATRS).

Revenue growth is the one part where the company isn't delivering as its products are mature, but MA is a way around that. Q1 actually delivered organic revenue growth although from a covid depressed Q1/21 quarter on a revival in INDOCIN sales, their biggest selling product. And this is despite the following (Q1CC):

We're still seeing the increased mix of heavily discounted Indocin product that we discussed in our March call. And it has grown since that time as well. We're not only trying to understand it, but also stop it and turn it back around.

One also has to take on board that the company doesn't pay any royalties on the first $20M of INDOCIN sales, but later in the year it will start paying royalties, which will start affecting finances.

There is also the loss of Zipsor exclusivity by the end of Q1/22 so going forward this will impact sales, although management didn't provide any indication by how much.

With Otrexup, there was a high inventory in the channel, which is why sales in January were almost non-existent, but that has cleared in the last two months of the quarter although it may prevent them from reaching the $15M sales it did last year.

It remains to be seen how effective their digital strategy will work for Otrexup and the gross margin is also somewhat lower because it's a drug/device combination.

The wonderful thing about the business model that Assertio has chosen is that it is eminently scalable and already generating great margins (gross margin was 88.5% in Q1).

One wouldn't notice that the company acquired Otrexup and added it into its sales in Q1 as:

So, adding new drugs to sell doesn't add much in the form of costs, which is great for margins: 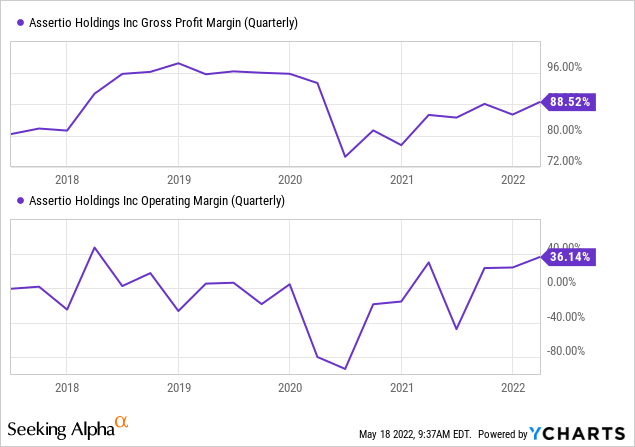 And the result is an increasing cash bonanza: 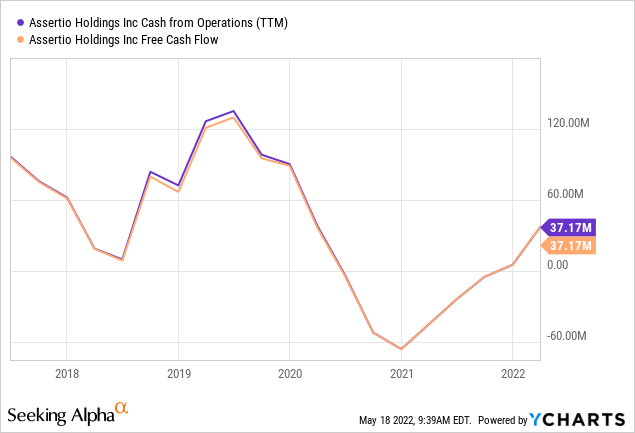 That cash flow has been used to reduce debt and add drugs to their lineup. The debt has been greatly reduced and is now at manageable proportions:

One might also realize that the debt is in 2024 notes that pay a whopping 13% interest and finances have now improved to such an extent that refinancing much cheaper should be possible, despite the rising interest-rate climate.

So this could get fun, but let's first look at the financials.

So the company managed a doubling of net income to $9.1M even though the previous year's quarter contained a one-off $5M benefit. We would call that a result, as well as the $27.4M of cash from operations, although that did contain that $8.3M income tax receipt.

But still, nearly $20M of cash flow a quarter will wipe out the debt in 3 quarters and basically, the company has almost eliminated its net debt already. 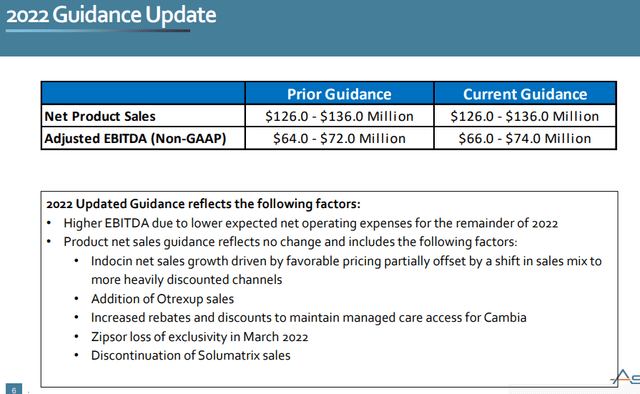 There are some headwinds:

Market sentiment is also not cooperating, needless to say.

There is a lot going for the shares, in our view:

Against this one could argue that the drugs they sell are nothing special, they are not strong growth engines in and by themselves, but they don't really have to be either.

If you are interested in similarly small, high-growth potential stocks you could join us at our marketplace service SHU Growth Portfolio , where we maintain a portfolio and a watchlist of similar stocks.

We add real-time buy and sell signals on these, as well as other trading opportunities which we provide in our active chat community. We look at companies with a defensible competitive advantage and the opportunity and/or business models which have the potential to generate considerable operational leverage.