Don’t mess with Ben Affleck when his kids are involved! After the actor’s interview about his relationship with Jennifer Garner was misconstrued, he’s setting the record straight.

Ben Affleck made headlines this week after an interview with Howard Stern, where he opened up about his relationship with ex-wife  Jennifer Garner , who he shares three kids with. The headlines about the story read that Ben felt “trapped” in his marriage to the actress, which is what led him to drink. However, Ben insists that there was much more to the QA than that, and in an interview with Jimmy Kimmel on Dec. 15, he clarified the quotes that were taken “out of context.”

“It was a really cool, long-form, in-depth, two hour interview,” Ben explained. “And since the movie [I was promoting] is about family and all this stuff that’s meaningful to me, we talked a lot about family and divorce and alcoholism and struggling with real things, and how you have to be accountable. And [we talked about] how I work with my ex-wife and how I’m so proud that we work together for our kids the best that we can for them. So, the irony is, I was really happy with it [before the headlines]. I thought, ‘Wow, I should do more honest, exploratory, self-evaluating things.” 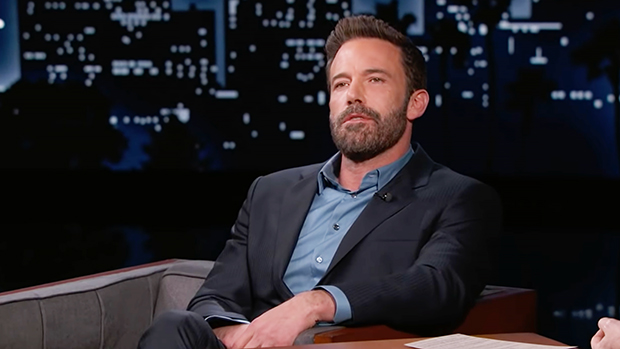 Ben Affleck during his interview with Jimmy Kimmel. (ABC)

It wasn’t until Ben started seeing all the buzz about his interview on Twitter that he started questioning what people were saying. “I researched through it and saw that one of these websites had done the clickbait thing,” he revealed. “They had literally taken the conversation that I had for two hours and made it seem like I was saying the exact opposite of what I said.”

In the full interview, Ben said he “went on” about his great relationship with Jen and “how much [they] respected each other and cared about each other and love [their] kids.” However, the articles about the interview “said that [he] blamed [his] ex-wife for [his] alcoholism and that [he] was trapped.” He admitted that the headlines “made [him] out to be the “worst, most insensitive, stupid, awful guy.” 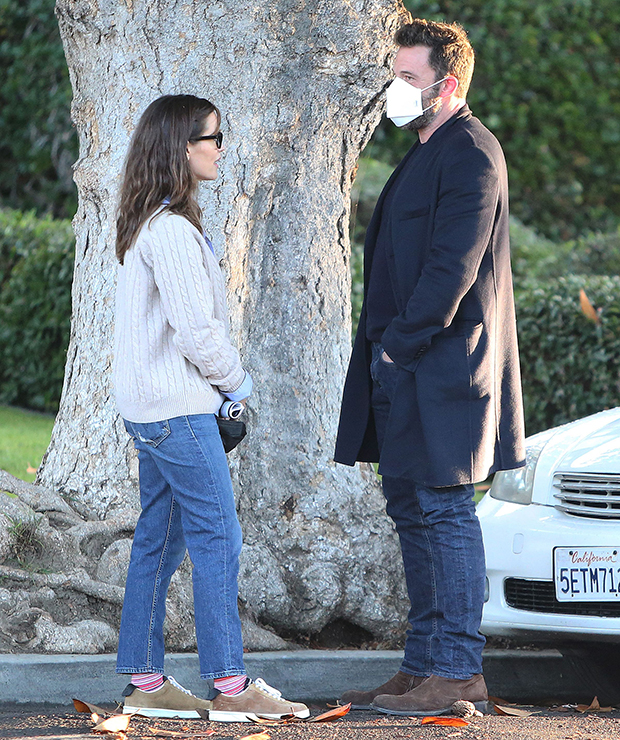 Of course, Ben is aware that this comes with the territory as an actor. In fact, he said he’s “happy to be a Dunkin’ Donuts meme” like he has in the past. But, in this case, he had to take a stand. “When it’s about my kids, I have to just draw a line and be clear — it’s not true,” he insisted. “I don’t believe that. It’s the exact opposite of who I am, what I believe and I would never want my kids to think that I would ever say a bad thing about their mom.” He added, “Being the subject of [something like this] is just the cost of doing business a little bit, but not with my kids. It’s wrong. It hurts me.” Ben and Jennifer have been co-parenting their three children Violet, 16, Seraphina, 12, and Samuel, 9, since their split in 2015.

These days, Ben is also making headlines for his relationship with  Jennifer Lopez , his former fiancee, who he got back together with in April 2021 (more than 16 years after they ended their engagement). Jennifer was actually by Ben’s side as he headed to the Jimmy Kimmel interview on Dec. 15, and they were photographed holding hands as they entered the studio. Jen also supported Ben at an event for his movie The Tender Bar, which is set for a limited release on Dec. 17 and will be streamed on Amazon Prime beginning Jan. 7.