Economy Minister Paulo Guedes said on Wednesday Brazil won't recognize the IMF's office starting from June 30, when the current representative is due to be replaced

President Jair Bolsonaro’s government is kicking out the International Monetary Fund’s permanent representative to the country as complaints about the institution’s economic estimates escalated into a diplomatic spat.

Economy Minister Paulo Guedes said on Wednesday Brazil won’t recognize the IMF’s office starting from June 30, when the current representative is due to be replaced. He cited the country’s performance during the pandemic as an example of the institution’s failures: gross domestic product shrank about 4% in 2020, way less than the Fund’s estimated contraction of more than 9%.

“The IMF was useful in the past, but Brazil has done an extraordinary job in the fiscal area,” he told CNN Brasil in an interview, shortly after announcing his decision during an event in Sao Paulo. “We don’t need it stationed in the country.”

In a statement, the economy ministry added that the IMF’s office in Brazil became “obsolete” since the government fully repaid its loans with the Washington-based organization in 2005.

The IMF said it was in agreement with Brazil’s decision.

“We expect the high quality of Fund staff’s engagement with the Brazilian authorities to continue, as we work closely to support Brazil in strengthening its economic policy and institutional settings,” an IMF spokesperson said. 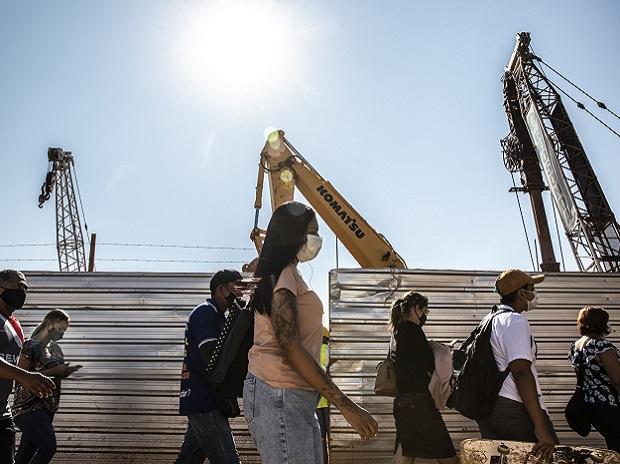 IMF country offices serve as liaison between the Fund and the local government. For nations that don’t have loans from the institution, that can mean focusing on policies and recommending best economic practices.

Brazil’s decision to shut down the IMF’s representation in Brasilia reflects growing dissatisfaction with the institution that had been brewing for quite some time, according to a person with knowledge of the situation.

It started when the organization published its 2020 economic estimates for Brazil. After several discussions with IMF staff about metrics and models for estimating GDP at a time of crisis such as a pandemic, Guedes felt that the Fund didn’t take Brazil’s points into consideration, the person said, asking for anonymity because the discussion isn’t public.

Things got worse when an IMF mission visited in July, as part of a key annual evaluation known as Article IV consultation. Guedes and Afonso Bevilaqua, the country’s representative in the Fund, were furious when IMF staff included warnings about Brazil’s environmental risks in the report after asking no questions about such topic during a series of meetings, the person said, adding that the government’s disapproval was expressed in writing to Managing Director Kristalina Georgieva.

In the end, the IMF softened its warning about such risks in the final document, as Bloomberg News reported in October.

Brazil’s decision is a political gesture to make clear the country’s displeasure with the IMF, but will not affect their institutional relationship, the person said. As a member of the Fund, Brazil will continue to receive staff missions to evaluate government policies and the country is still interested in increasing its participation in the organization.

Guedes was also displeased by recent comments about Brazil’s economic outlook made by former central bank chief Ilan Goldfajn, who’s now taking over as the IMF’s director for the Western Hemisphere.

“If we have a well-prepared Brazilian at the IMF criticizing the country, I don’t need another critic from the Fund here,” he said.

--With assistance from Eric Martin.

Business Standard has always strived hard to provide up-to-date information and commentary on developments that are of interest to you and have wider political and economic implications for the country and the world. Your encouragement and constant feedback on how to improve our offering have only made our resolve and commitment to these ideals stronger. Even during these difficult times arising out of Covid-19, we continue to remain committed to keeping you informed and updated with credible news, authoritative views and incisive commentary on topical issues of relevance. We, however, have a request.

As we battle the economic impact of the pandemic, we need your support even more, so that we can continue to offer you more quality content. Our subscription model has seen an encouraging response from many of you, who have subscribed to our online content. More subscription to our online content can only help us achieve the goals of offering you even better and more relevant content. We believe in free, fair and credible journalism. Your support through more subscriptions can help us practise the journalism to which we are committed.