Britney Spears is free. A Los Angeles judge on Friday ended the conservatorship that has controlled the pop singer’s life and money for nearly 14 years.

The decision capped a stunning odyssey that saw Spears publicly demand the end of the conservatorship, hire her own attorney, have her father removed from power and finally win the freedom to make her own medical, financial and personal decisions for the first time since 2008.

“As of today, the conservatorship of the person and estate of Britney Jean Spears is hereby terminated,” Judge Brenda Penny said.

Jubilation erupted outside the courthouse, with fans cheering and shouting after the decision was announced. The crowd chanted “Britney! Britney! Britney!” and fans sang and danced to Spears’ song “Stronger.” 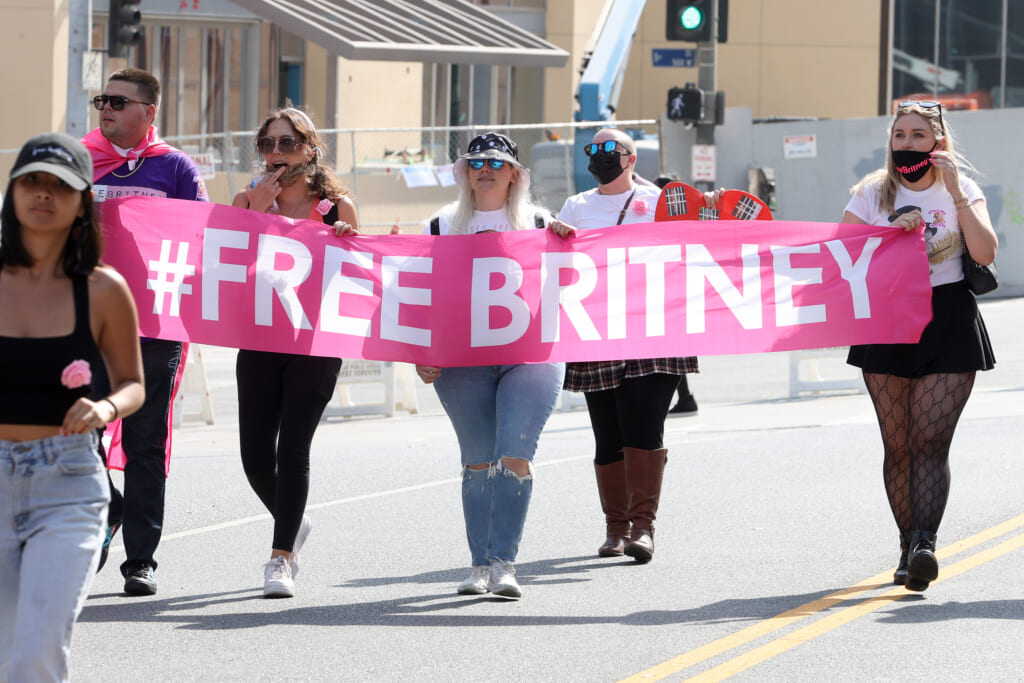 #FreeBritney activists protest during a rally held in conjunction with a hearing on the future of Britney Spears’ conservatorship at the Stanley Mosk Courthouse on September 29, 2021 in Los Angeles, California. Spears was placed in a conservatorship managed by her father, Jamie Spears, and an attorney, which controls her assets and business dealings, following her involuntary hospitalization for mental care in 2008. Spears and her father have asked the court to remove him from his role in the conservatorship. (Photo by Kevin Winter/Getty Images)

Spears promptly tweeted about the decision: “Good God I love my fans so much it’s crazy!!! I think I’m gonna cry the rest of the day!!!! Best day ever … praise the Lord … can I get an Amen???”

Spears’ attorney, Mathew Rosengart, told fans and reporters that the case “helped shine a light on conservatorships and guardianships from coast to coast, from California to New York. And that took a tremendous amount of insight, courage and grace.”

The judge’s move was widely expected, with little support left for prolonging the legal arrangement. No new arguments were offered at the 30-minute hearing. Spears did not attend.

As recently as last spring, it appeared that the conservatorship could continue for years. Then it unraveled with surprising speed.

Key to the unraveling was a speech Spears made at a hearing in June when she passionately described the restrictions and scrutiny as “abusive” and said “I just want my life back,” a line her lawyer repeated in court Friday. Spears demanded that the conservatorship end without any prying evaluation of her mental state.

Legal experts at the time said that was unlikely to happen, and would represent a departure from common court practice.

But the judge said at Wednesday’s hearing that California law did not require her to order further evaluation of Spears if no one requested it.

The judge allowed Spears to hire Rosengart, an attorney of her choice, in July. He made it his goal first to have James Spears removed from his role as conservator of his daughter’s finances before working to end the conservatorship altogether. The judge suspended James Spears at a September hearing, citing the “toxic environment” his presence created.

But more courtroom battles could lie ahead.

Rosengart has further vowed to pursue an investigation of James Spears’ role. He said he and his team have found mismanagement of Britney Spears’ finances, suggesting she could pursue further legal action. Court records put her net worth at about $60 million. 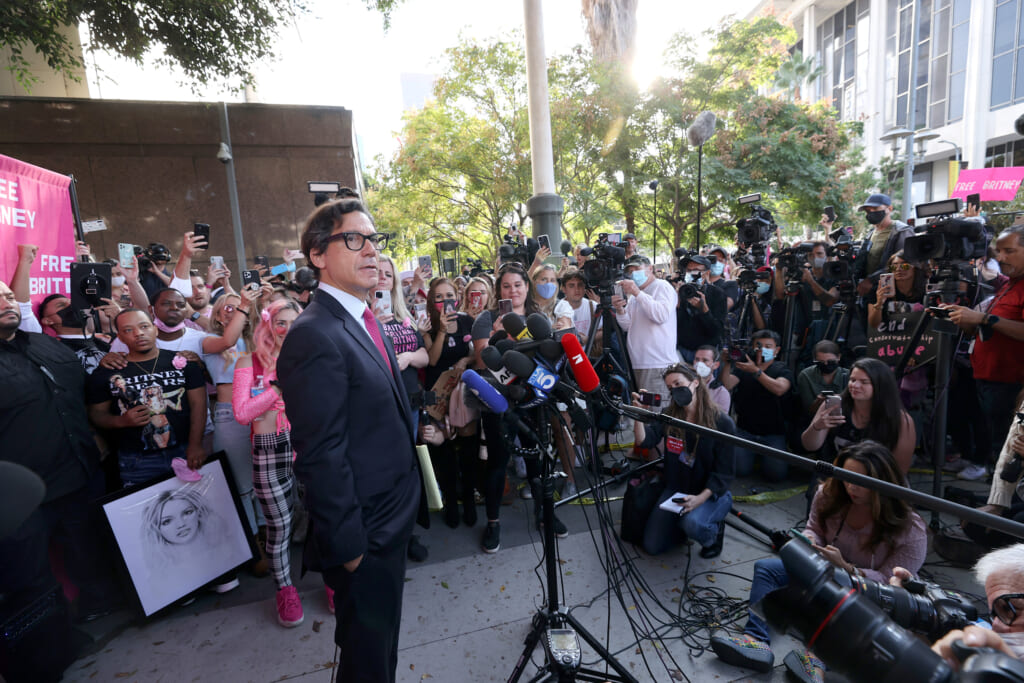 Britney Spears’ attorney Mathew Rosengart speaks to the press and #FreeBritney activists after a hearing in which Spears’ father, Jamie Spears, was removed by a judge as conservator of her estate at the Stanley Mosk Courthouse on September 29, 2021 in Los Angeles, California. Spears was placed in a conservatorship managed by her father, Jamie Spears, and an attorney, which controls her assets and business dealings, following her involuntary hospitalization for mental care in 2008. Spears and her father have asked the court to remove him from his role in the conservatorship. (Photo by Kevin Winter/Getty Images)

He also said law enforcement should investigate revelations in a New York Times documentary about a listening device placed in her bedroom.

James Spears’ attorneys said Rosengart’s allegations ranged from unsubstantiated to impossible, and that he only ever acted in his daughter’s best interest.

The post-conservatorship fight has in some ways already begun. James Spears has parted ways with the attorneys who helped him operate it, and he has hired Alex Weingarten, a lawyer specializing in the kind of litigation that may be coming. 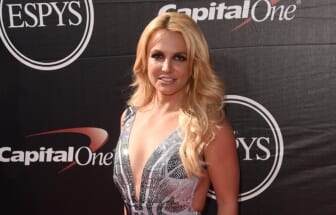 In court filings last week, Britney Spears’ former business managers, Tri Star Sports and Entertainment Group, pushed back against Rosengart’s demands for documents about the firm’s involvement in the conservatorship from 2008 to 2018. The group also denied any role in or knowledge of any surveillance of the superstar.

Jodi Montgomery, the court-appointed conservator who oversaw the singer’s life and medical decisions starting in 2019, developed a care plan with her therapists and doctors to guide Spears through the end of the conservatorship and its aftermath.

“There is no reason Ms. Spears can’t lead a safe, happy, fulfilling life after this conservatorship,” Montgomery’s attorney, Lauriann Wright, said at the hearing.

The judge kept a small part of the conservatorship temporarily in place to allow the accountant who took over for James Spears to put the singer’s affairs in order in the coming months before transferring power back to her.

Britney Spears was a 26-year-old new mother at the height of her career when her father established the conservatorship, at first on a temporary basis, in February 2008 after a series of public mental health struggles.

It ends a few weeks before her 40th birthday, with her sons in their mid-teens and her career on indefinite hold, as she is engaged to be married a second time.

A turning point came early in 2019, when she canceled a planned concert residency in Las Vegas.

Convinced she was put in a mental hospital against her will, fans began coalescing and demanding that the court #FreeBritney. At first, they were dismissed as conspiracy theorists, but the singer herself gave them validation in 2020 in a series of court filings that said they were correct to demand greater transparency and scrutiny of her legal situation.

Those filings proved to be the first indication from Spears, who had remained silent on the conservatorship for years, that she would seek major changes.