And for a city whose sports fans don’t accept second best, Peres Jepchirchir came through with a memorable first.

Korir and Jepchirchir made it a Kenyan sweep at Sunday’s New York City Marathon, with Korir winning the men’s race two years after finishing second and Jepchirchir becoming the only woman to take a marathon major in the fall after earning an Olympic gold medal.

The second oldest of the world’s marathon majors returned after canceling in 2020 due to the coronavirus pandemic. In a city where over 34,000 have died of COVID-19, organizers hoped for an uplifting celebration akin to the marathon staged two months after the 9/11 attacks. 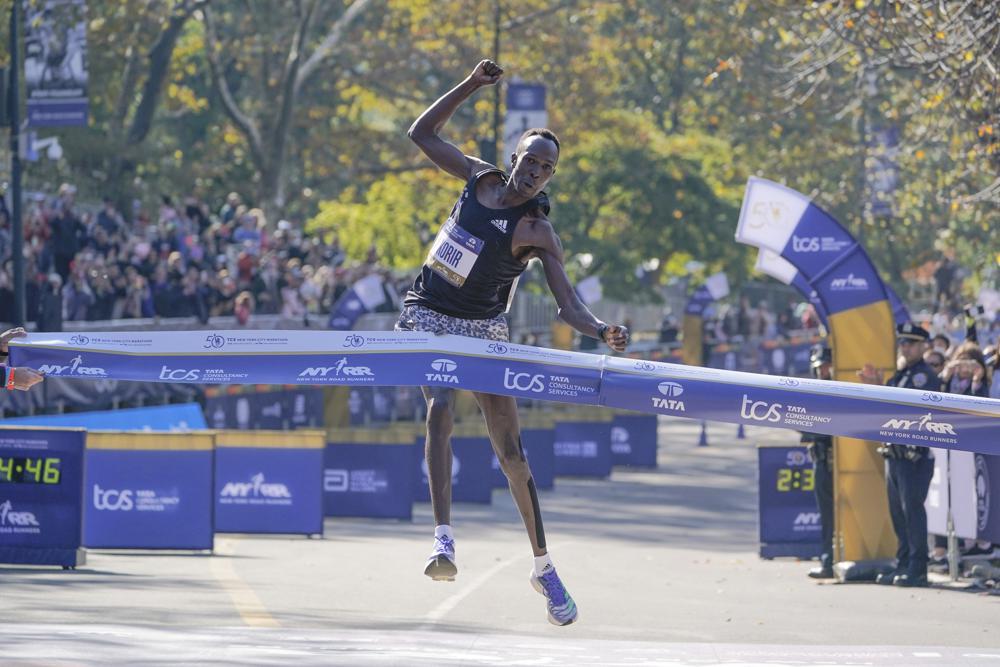 On streets emptied 21 months ago except for ambulances rushing to aid a city paralyzed by the coronavirus — and later filled with anguish and frustration in the days after George Floyd’s murder — there was simply joy Sunday as around 30,000 runners made their way through the city’s five boroughs. 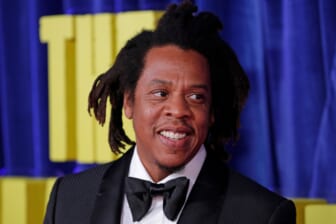 Brooklynites cheered for the early rising wheelchair competitors between sips of coffee. Throngs on Manhattan’s First Avenue welcomed runners off the Queensboro Bridge. Cowbell-swinging supporters in the Bronx waved runners into the final stretch.

They clapped and hollered for the elite and the every-runner.

Shalane Flanagan, the 2017 champion, ran her sixth marathon major in six weeks — a first made possible because the Boston, London and Tokyo Marathons were pushed from spring to fall by of the pandemic. The 40-year-old American is calling her journey Project Eclipse because of how rare the opportunity was.

Also on the course: Dr. Jose Alfredo Jimenez Gaxiola, a Mexican ICU doctor who worked through the pandemic and survived his own bout with COVID-19; Kellie Roe Kenny from Califon, New Jersey, a survivor of the 9/11 attacks who first ran in 2001 in memory of co-workers who died; and Chris Nikic, the first athlete with Down syndrome to complete a full Ironman Triathlon.

Molly Seidel finished fourth in her first race since taking bronze at the Tokyo Games, becoming the first American woman since Deena Kastor in 2004 to earn an Olympic medal.

She broke two ribs about a month ago but was able to power through. She refused to reveal how she was injured.

“Every build up has challenges,” Seidel said. “This was an interesting one.” 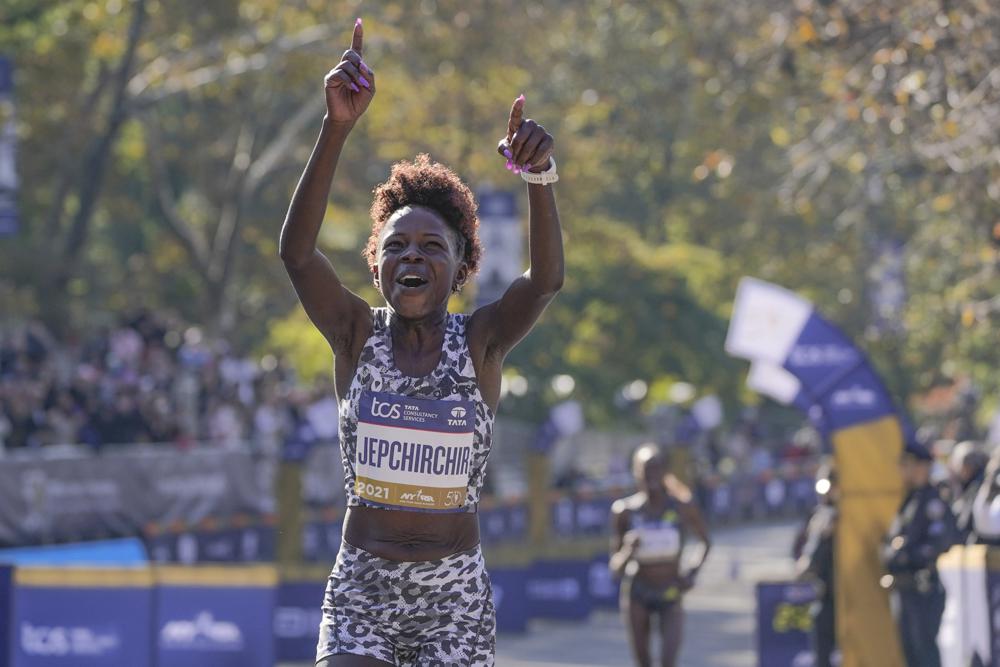 In the men’s pro race, Korir overtook Morocco’s Mohamed El Aaraby and Italy’s Eyob Faniel around the 18th mile and quickly took out any drama. He won in 2 hours, 8 minutes and 22 seconds.

It was Korir’s first victory in one of the World Marathon Majors and his first time atop any podium since winning the Ottawa Race Weekend Marathon in 2019. The 27-year-old Korir finished second to Geoffrey Kamworor in 2019 by 23 seconds and didn’t race again until this June because of the pandemic.

El Aaraby held on for an improbable second-place finish after coming in 11th at the Tokyo Olympics. Faniel was third.

Jepchirchir was side by side with countrywoman Viola Cheptoo and Ethiopia’s Ababel Yeshaneh from the time they entered the Bronx until they got to Central Park’s entrance.

Moments after guzzling two energy gel packets, Jepchirchir turned on the jets and pulled away, winning in 2:22:39.

“It’s not easy,” she said of the New York course. “Toward the finishing line, I felt something I’ve never felt before to finish a marathon.” 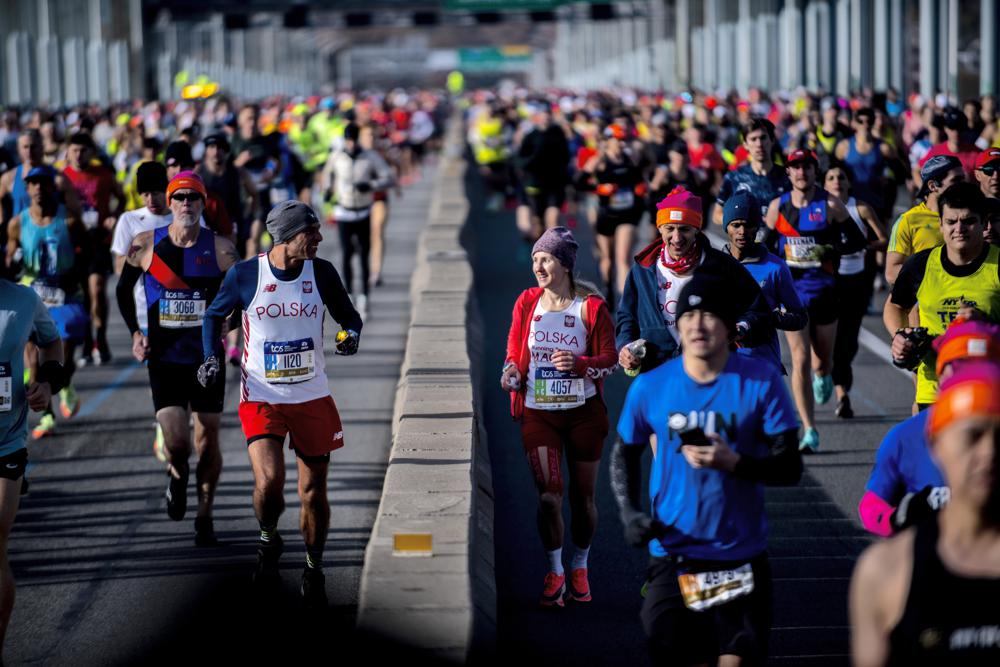 Runners make their way at the start of NYC marathon on Sunday, Nov. 7, 2021, in New York. (AP Photo/Brittainy Newman)

Jepchirchir, 28, took gold at the Tokyo Olympics marathon in August and came back on a short recovery to win a race once dominated by her hero Mary Keitany, a four-time winner in New York who recently retired from the sport.

Cheptoo finished second in her marathon debut and quickly found her brother, Bernard Lagat, who was broadcasting the race on ESPN. Yeshaneh was third.

Marcel Hug of Switzerland won the men’s wheelchair race for the fourth time, finishing more than 6 1/2 minutes ahead of the next racer for his first title since 2017. Australia’s Madison de Rozario won the women’s wheelchair event, holding off past champions Tatyana McFadden and Manuela Schär for her first Big Apple victory.

Participants had to provide proof of vaccination or a negative COVID-19 test within 48 hours of race day. Runners registered for the 2020 race that was wiped out were given the option of a full refund or entry into the 2021, ’22 or ’23 races.

Tony Award-winning actress Kelli O’Hara was slated to perform the national anthem before testing her lungs on the course, while two members of British rock band Mumford Sons also were signed up to run. The entrants also included The Bachelor and The Bachelorette contestants Matt James, Tyler Cameron, Tayshia Adams and Zac Clark.