Delays in the UK visa scheme for Ukrainian refugees are "disgusting" and "shambolic", according to a volunteer who helps run a Facebook page matching refugees to hosts in the UK.

Sarah Cocks, who spends her spare time finding homes in the North West for individuals and families fleeing the war in Ukraine , says the people she is working with have no idea when their visas will be granted.

"I think it's disgusting, the whole process seems to be fundamentally flawed from start to finish.

"There are hundreds and thousands of amazing people out there but very little support from the government and the local authorities and it's just a little bit shambolic," she said

The government has said 2,700 visas have been granted to people wanting to come to the UK under the Homes for Ukraine scheme , despite applications reaching 28,300.

The scheme opened on 14 March, with the aim of allowing individuals, charities, community groups, and businesses to bring Ukrainians - including those with no family ties to the UK - to safety.

However, Britain retains a visa requirement on security grounds while other European countries have waived checks in response to the unfolding humanitarian crisis.

Natalia Krynytska fled Western Ukraine with her daughter and youngest son, but despite the efforts of Sarah Cocks they are stuck in a hostel in Poland waiting for UK visas.

"We have no house in Poland, little money left, three sleep on one bed and our friends sleep on the floor," she said, via a video call.

Chris Balshaw, originally from Bolton, is in a refugee hostel in Romania waiting to hear whether he can get visas for his Ukrainian wife and their two children, his mother-in-law and her brother. 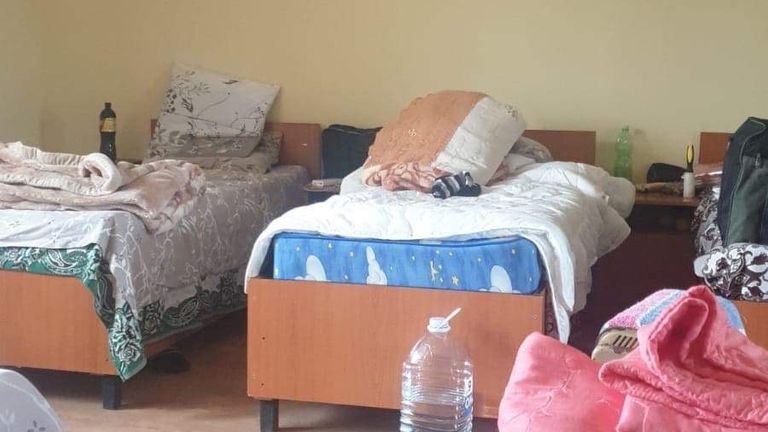 Image: Chris Balshaw’s family are waiting in a Romanian hostel 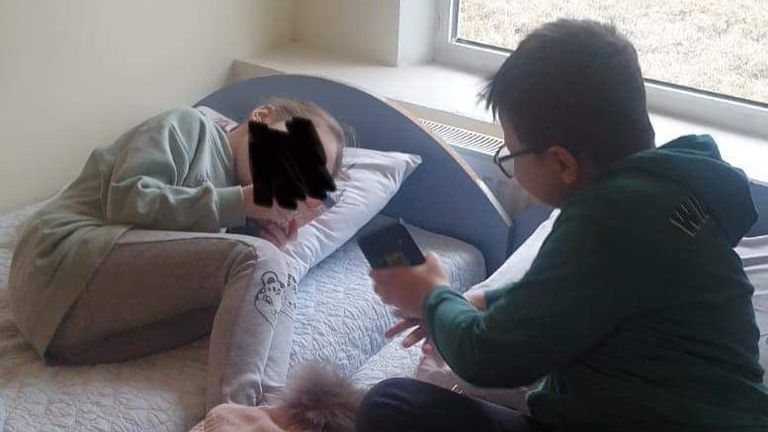 Image: The family's young children are among those waiting for visas

They left their homes in Odessa and Sarah Cocks has found a house for them, but he has heard nothing about his visa applications.

"I would say that really they need to get it sorted very fast," he said.

"It's just terrible [that] it's taking so long."

The total number of applications from Ukrainians wanting to come to the UK was 59,500 as of 29 March, the Home Office said.

This includes 28,300 under the Homes for Ukraine scheme and 31,200 under the separate Ukraine Family Scheme, which allows Ukrainians to join relatives living in the UK.

Refugees Minister Lord Harrington said the process is improving but more needs to be done.

"We are starting to see progress because of changes the Home Office made to streamline the visa process and put additional resources into the system," he said.

"However, we need to do more and will be making further improvements to bring people to the UK as quickly as possible."