We missed this earlier: Citizens should do background checks of ed-tech companies before purchasing from them, the Ministry of Education has recommended in an advisory issued on December 23. The ministry has also warned users against enabling auto-debit payment mechanisms on such platforms and asked them to check the quality of the educational material, among other suggestions.

Malpractices by certain ed-tech companies such as enrolments through dubious loans were recently highlighted in Parliament by Congress MP Karti P. Chidambaram. News reports have also emerged about how companies like Byju’s pursue aggressive sales tactics, prompting calls for government regulations. However, this is the first time the Ministry has said anything or cautioned citizens on this issue.

Do’s and don’ts for citizens

Avoid getting coerced into loans, falling for OTP scams :

How to check if the ed-tech service is authentic and good?

Regulating ed-tech companies: How to go about it?

Regarding purchases, data collection and payments:

The advisory said that companies are prohibited from misrepresenting themselves as customers to post false reviews or otherwise misrepresenting the quality or features of their products. Similarly, they also adopt any unfair trade (marketing) practice.

The advisory listed Advertising Standards Council of India (ASCI) guidelines for such companies:

“The name of the Affiliating Institution, as indicated in 2(b), shall not be less than 50% of the font size as that of the advertised Institution or Program in visual media such as print, internet, hoarding, leaflet, prospectus etc., including television. In audio media such as radio or TV the name of the Affiliating institution (if applicable), must be stated,” the advisory says.

On claims and success stories:

The latest draft of the Data Protection Bill contains provisions restricting companies from “profiling, tracking, behaviour monitoring, or targeted advertising for children.” They also cannot undertake any other processing of personal data that can cause significant harm to the child.

Such provisions could impact the functioning of ed-tech companies since their business model depends on their ability to track the progress of a child, Rajiv Chilaka, CEO of Green Gold Animation said during an event hosted by MediaNama. At the same event Rahul Narayan, an independent lawyer, had suggested there be a distinction between schooling and other activities. “We have this one umbrella legislation that covers both education and non-educational institutions, which is not a particularly smart way to go about it,” Narayan said. Instead, he argued for an activity-based approach to regulation: for instance, edtech companies or schools could be allowed to process children’s data, provided they adhere to higher standards than other institutions. 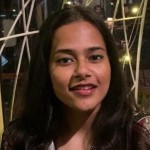 I cover health technology for MediaNama, among other things. Reach me at anushka@medianama.com