Verdict ends the latest chapter in the Theranos saga, but it’s not the last. 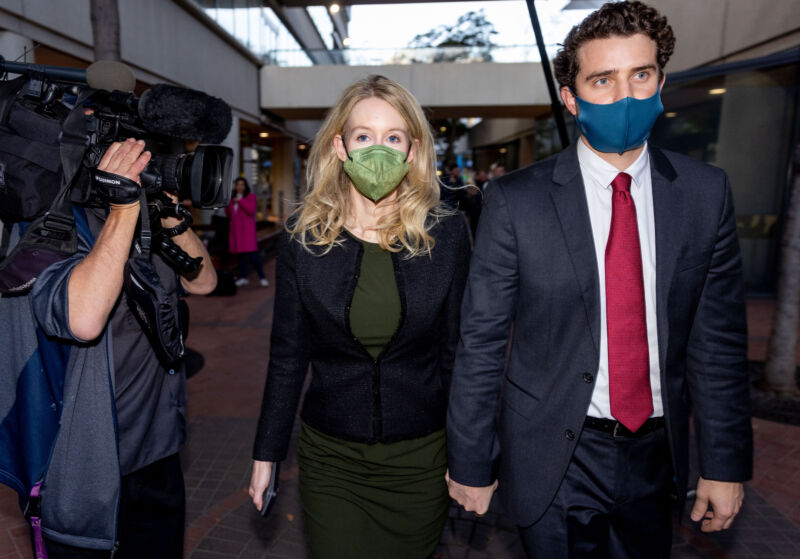 Elizabeth Holmes was convicted today of three counts of criminal wire fraud and one count of criminal conspiracy to commit wire fraud. The jury delivered its verdict after six days of deliberation.

The government’s victory in the case is a rare rebuke for tech startups, which often pitch investors on their technological prowess and business acumen using wildly optimistic assumptions.

Theranos was, perhaps, an extreme example, raising over $900 million on the back of claims that its proprietary tests were better, cheaper, and less invasive than the competition. None of those claims was true, and unlike many other Silicon Valley startups, the health and safety of patients was on the line.

Holmes was found guilty of defrauding Lakeshore Capital Management (the family office of the DeVoses) of $100 million, PFM Healthcare (a hedge fund) of $38 million, and an LLC connected to Daniel Mosley (Henry Kissinger’s former estate attorney) of $6 million. She was also convicted of conspiracy to commit wire fraud against Theranos investors more generally. On three charges, all alleging wire fraud against investors, the jury returned no verdict. Holmes was acquitted of all other charges, including those that involved defrauding patients. She faces up to 20 years in prison.

With the guilty verdict, Holmes, the founder of the company, is the first Theranos executive to be held criminally responsible for her actions, though she may not be the last.

Holmes was on trial for defrauding Theranos investors and patients. She founded the company after dropping out of Stanford University with the hopes of changing the way medical diagnostic testing is done, chiefly by reducing the amount of blood required to a single finger prick. Over the years, Holmes raised over $900 million from a range of wealthy families and individuals, most of whom had no experience investing in biomedical startups.

Theranos, of course, could never deliver on its signature promise that it could perform more than 1,000 tests. In reality, it could do 12. The company’s proprietary devices—first the Edison, then the MiniLab—were unreliable and had to be rigged with “null protocols” during investor demos to avoid raising red flags. During the trial, the jury heard how Holmes personally approved investor presentations, including those fraudulent demos.

The court also heard how Holmes had doctored Theranos-authored reports with the logos of various pharmaceutical companies, making it look like the companies approved of the contents. In fact, some contracts that Theranos had with those companies expressly forbade the startup from using their logos. That didn’t stop Holmes, though, who said she was merely “trying to convey” the partnership between the two companies.

In its prosecution of Holmes, the government called 29 witnesses, ranging from investors to lawyers to doctors and their patients. Though the testimony focused mainly on the investors since they made up the bulk of the criminal charges, the jury did hear from two patients who had received questionable results from Theranos. One was a woman who was told that she had tested positive for HIV when, in fact, she had not. The other was a pregnant woman who, in a series of Theranos tests, was told that she was miscarrying. It turned out that, for one of her pregnancy tests, Theranos had likely misplaced a decimal point. She would go on to give birth to a healthy baby.

Holmes’ defense relied on casting blame on others—many of whom were scientists—and on allegations that she had been abused and controlled by her ex-boyfriend Ramesh “Sunny” Balwani, who was COO at Theranos for much of its existence. Holmes claimed that she was raped by Balwani and that he sought to control every facet of her life.

Defense attorneys did not try to put that testimony in context, though, and did not call to the stand Mindy Mechanic, an expert witness on intimate partner violence. It’s unclear whether the defense felt that Mechanic’s testimony wouldn’t be beneficial or that Holmes’ presence on the stand was sufficient.

The jury apparently did not buy into Holmes’ version of the Theranos story, which differed from nearly everyone else called to the stand. Holmes will return to court at a later date for sentencing. Balwani faces the same charges in a trial scheduled to start next year.