BOSTON, April 27, 2022 /PRNewswire/ -- Biotech haircare pioneer Living Proof announces today their partnership with world-renowned actress Lily Collins as their new ambassador. To kick off the partnership, the award-winning beauty company will launch its latest brand campaign celebrating its mission of science in action. 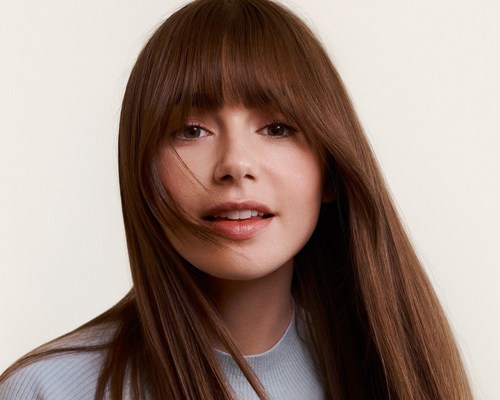 Born out of MIT in 2005, Living Proof is a category trailblazer, renowned for its breakthrough, patented approaches for real world hair problems. With a storied acting career spanning over a decade, Lily Collins has ascended to beauty icon status, starring in 2009's The Blind Side,  earning her first Golden Globe nomination for 2016's Rules Don't Apply, and breaking streaming records for her portrayal of Emily in Netflix's mega-hit Emmy-nominated Emily In Paris.  For her next act, Lily becomes the new face for the haircare disruptor. Transformational and fearless, Lily Collins is influencing a generation by showing her true character—both on and off the screen.  Together, this partnership forms the crux of the remarkable, high-performance results born out of the brand's 'science in action' mission.

Lily Collins leads the charge in a multifaceted campaign dubbed 'We Have Haircare Down to a Science,' sparking a new narrative around how true innovation fuels healthy, remarkable results. The campaign will live at the forefront in North America and the UK, running in the Spring of 2022. In addition to organic campaign efforts on owned and partner channels, content and media will run across YouTube, Google, TVC (Hulu), podcast, out-of-home advertising on billboards in New York City and Los Angeles as well as paid social across Facebook, Instagram, TikTok and The New York Times. The campaign will also launch with a hero brand video, which follows Lily throughout her morning routine, spotlighting how optimal hair health acts as a vehicle for overall confidence and joy, culminating with Lily being spotlighted as 'The Living Proof.' As Collins remarks in the  brand video, '[you] don't have to be in a lab to know results when [you] see them' – that's the beauty of Living Proof having haircare down to a science.

On the heels of five consecutive quarters of more than 30% growth, Living Proof debuts this collaboration with Lily Collins, which celebrates its legacy of pioneering performance-defining products. The brand's passion for brilliant hair starts in their Boston, MA lab. By leading with science, Living Proof engineers patented, breakthrough solutions for real-world hair problems that are scientifically tailored to solve unique hair challenges—never to conceal them. The brand was drawn to Lily's like-minded passion for transparent, performance-based solutions that she can really trust, so that she can always show off her true character. Living Proof allows Lily to feel emboldened in the power of self-expression while maintaining her healthiest hair, always.

"The brand is called Living Proof for a reason. It was founded on the principle that there wasn't a need for marketing fluff, universal ingredients or smoke and mirrors," says Zach Rieken, CEO of Living Proof. "We were, and always will be, about showing off how our products actually perform - through the people who use them.  And having a modern muse like Lily Collins partner with us shows that proof is impactful and resonates in an extremely valuable way."

A longtime fan of the brand, Lily Collins adds, "When you treat your hair well, you're treating yourself well.  Living Proof's philosophy is rooted in cutting edge science. Their products aren't about masking your hair problems, they formulate them so your hair can be its best, most natural self. As someone who is always striving to keep my hair healthy, I was so drawn to this philosophy and the products that delivered the best hair I've ever had in my life. And you can see it, in its growth, shine, how it withstands all of the damage I put it through."

Rieken adds, "Living Proof has always been synonymous with science-backed solutions and giving our customers the tools to show off their best, natural hair. We don't formulate products that conceal your hair problems, we engineer high performance solutions that treat your hair concern. That's why we are called Living Proof - you are the result.  And we felt that Lily was the perfect person to show off what healthy, remarkable results look like. Lily became a modern muse for healthy, gorgeous hair.  And considering the many different characters she plays and all of her different press looks and photoshoots, her hair routine has been powered by Living Proof so it's no coincidence that it looks as amazing as it does."

The brand campaign will officially launch in May, shot by Nicolas Kantor.

About Living Proof In 2005, an unlikely combination of biotech scientists and renowned hair stylists came together to pioneer a first-of-its-kind haircare philosophy based in science. Our mission was to create inventive solutions designed to solve real-world hair problems, not conceal them. 156 global patents, 450+ formulas, 44 products, 100+ awards, and 16 years later, we continue to put research at the forefront of our formulations. Today, Living Proof is Science in Action, utilizing in-house scientific discovery and invention to develop the latest innovations in haircare that deliver game-changing results for all hair types and textures. We are the science. You are the Living Proof.

About Lily Collins As a Golden Globe-nominated actress, author, and philanthropist, Lily Collins is one of Hollywood's most sought-after actresses. Her performance as a religiously devout actress in Warren Beatty's film, RULES DON'T APPLY, won her praise and secured her first Golden Globe Award Nomination in the Best Actress Motion Picture - Musical or Comedy.

Collins can most recently be seen in the Netflix hit rom-com series "Emily in Paris," for which she received her second Golden Globe nomination. The Emmy nominated series, in which Collins plays the titular star and also serves as a producer on, debuted it's second season on January 22nd, 2021 and became Netflix's most popular comedy series to date. The actress can also recently be seen in Netflix's WINDFALL, a modern-day noir pic from director Charlie McDowell that stars Jason Segel and Jesse Plemons alongside Collins. The actress is also set to star in and produce Lena Dunham's upcoming Polly Pocket feature film, in which she will play the title role.

Collins' philanthropic endeavors also extend to participating in various "We Day" events, supporting its social media initiatives, and contributing to the initial round of videos for the site. Collins is also actively involved with national nonprofit organization, GO Campaign, and serves as an ambassador for the GO Campaign Gala. Collins serves on the Actors Branch Executive Committee of the Academy of Motion Picture Arts and Sciences.

Consistently making best-dressed lists, Collins is a style icon and is an ambassador for the  iconic brands Lancôme and Cartier. Born in West Sussex, England Collins moved to the United States at age six and currently resides in Los Angeles.