TSA agents reportedly found the loaded handgun during a screening at a security checkpoint at Charlotte-Douglas International Airport Tuesday.

The weapon was located by Transportation Security Administration (TSA) officials at a security checkpoint, according to CMPD.

"Cawthorn stated that the firearm was his and he was cooperative with the CMPD officers," CMPD says in a released statement.

CMPD issued Cawthorn, who represents North Carolina's 11th District in the western mountains of North Carolina, a citation for possession of a dangerous weapon on city property. The airport is owned and operated by the City of Charlotte.

"It is standard procedure for the CMPD Airport Division to cite in lieu of arrest for the misdemeanor charge ... unless there are other associated felony charges or extenuating circumstances," the CMPD statement explains.

In a statement to WCNC Charlotte, the TSA identified the weapon as a loaded Staccato 9mm handgun. They released the below photo of the confiscated weapon. 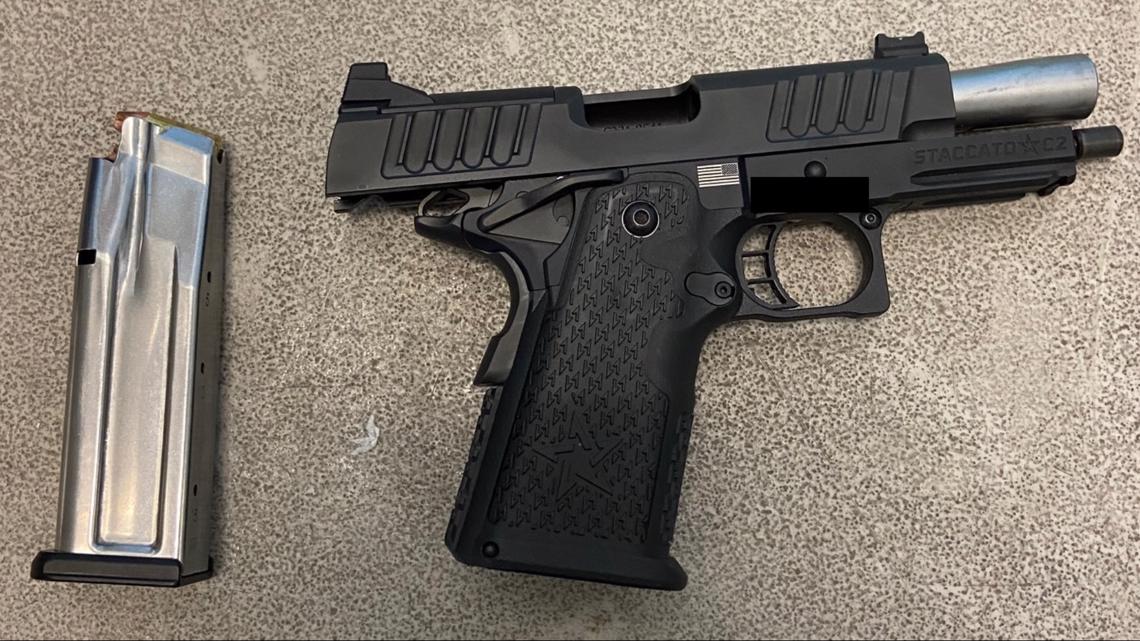 Cawthorn was released and was not taken into custody on any criminal charges. CMPD took possession of the firearm, which the police department said is normal procedure.

In February 2021, Cawthorn was also stopped by TSA officials at Asheville Regional Airport when a gun was located inside his bag. When the situation became public later in July, his office called it an "erroneously stowed" firearm and vowed that Cawthorn "endeavors to always follow TSA guidelines."

All of WCNC Charlotte's podcasts are free and available for both streaming and download. You can listen now on Android, iPhone, Amazon, and other internet-connected devices. Join us from North Carolina, South Carolina, or on the go anywhere.