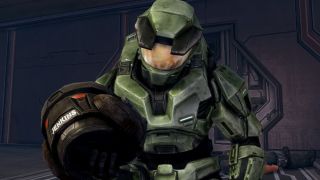 Marty O'Donnell, the composer behind the original Halo series' timeless  score, is no stranger to legal battles. But his latest feud with Microsoft seems to have been pleasantly short-lived, with him and fellow composer Michael Salvatori claiming they've "amicably resolved" a lawsuit concerning unpaid royalties going back 20 years.

In February, Eurogamer reported that O'Donnell and Salvatori had filed suit back in June claiming Microsoft had failed to pay royalties on the pair's original Halo score, which was used under license prior to O'Donnell's employment at Bungie—and he claims the tracks remained that way thereafter, owned by the composers' joint company and licensed out to Bungie and Microsoft.

"It was never work-for-hire," O'Donnell told the outlet. "It was always a license deal. So that's what we did with Halo. With the first Halo music ever, that was written and recorded in 1999 for the first time. It was licensed to Bungie. Bungie didn't get bought by Microsoft for over a year."

The pair claimed that Microsoft had been dragging their feet on the matter for the past decade, which prompted them to take legal action. O'Donnell even explored the possibility of filing an injunction against Paramount when marketing for the Halo TV show used the iconic monk chant.

RECOMMENDED VIDEOS FOR YOU...

But yesterday, O'Donnell tweeted that he and Microsoft had settled their differences—and to celebrate, the composer reuploaded footage of a Halo 2 jam session featuring legendary guitarist Steve Vai (via GameDeveloper).

Looks like I'll be able to share some of those videos once again! Microsoft and O’Donnell/Salvatori, Inc., are pleased to have amicably resolved their differences.https://t.co/ZLnhFgblr6April 18, 2022

Of course, O'Donnell is no stranger to court battles over Halo music. Last year he was forced to pay Bungie just shy of $100,000, after being found in contempt of court for distributing music he was ordered to return to the developer after his firing in 2014. O'Donnell pointedly blamed "Activision meddling" for his removal from Bungie.

His Destiny music may remain inaccessible for the forseeable future. But in a YouTube comment, O'Donnell is hopeful that this latest ruling will let him begin reposting old Halo tracks and musical doodles.

20 years ago, Nat played Jet Set Radio Future for the first time, and she's not stopped thinking about games since. Joining PC Gamer in 2020, she comes from three years of freelance reporting at Rock Paper Shotgun, Waypoint, VG247 and more. Embedded in the European indie scene and a part-time game developer herself, Nat is always looking for a new curiosity to scream about—whether it's the next best indie darling, or simply someone modding a Scotmid into Black Mesa. She also unofficially appears in Apex Legends under the pseudonym Horizon.