If ever there’s a time when we should be optimistic it’s right now. The club looks in good shape overall and the fanbase is more engaged than at any time in the last decade.

Optimism has been in short supply this last half-decade or so. Since the summer of 2016, the whole world seems to have gone from bad to worse, then from utterly disastrous and to near-apocalyptic, and Sunderland AFC have seemed to track the general malaise.

It’s like we’ve been suffering a collective weltschmerz that’s now lifted - we’ve only recently been able to see the end of this bloody nightmare and embraced the opportunity of the future. After last weekend, but indeed after the last four months or so, the whole club and its fanbase really have been taken to a different level. 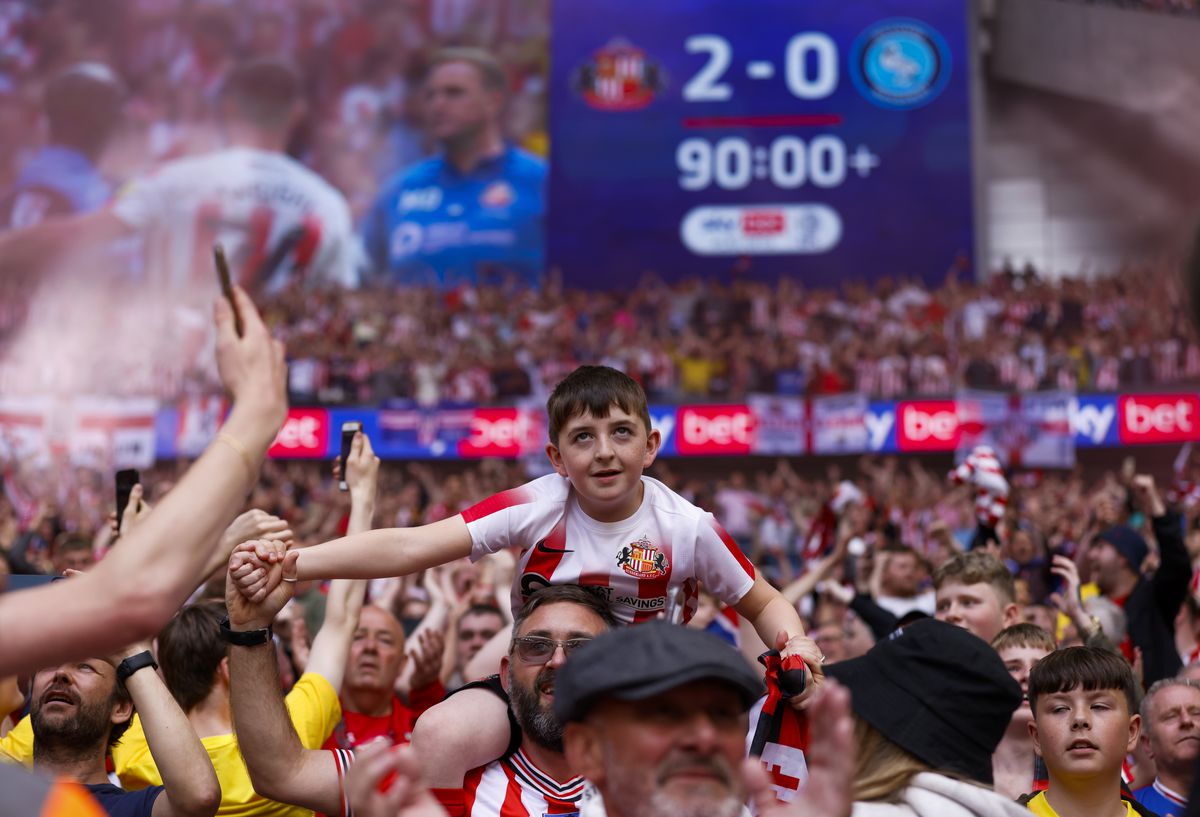 I truly believe that the era of (often justified) sniping, incessant (sometimes masochistic) pessimism, and (almost pervasive) juvenile bickering within the fanbase is coming to an end. The progressive, supportive, forward-thinking voices of the unashamed “happy clappers” are being raised in earnest once more and I hope will continue to be heard loud and proud above the boo-boys and misery merchants.

The formation of the Spirit of 37 flags and display group is a fantastic addition to the mix of supporter groups out there, bringing an organisational capacity and impetus that we’ve desperately lacked on the terraces. Through a group like this everyone can get involved in spreading that rejuvenated, loud, confident spirit across the club - covering Eppleton as well as the Stadium of Light. We can now come together to show our colours and our passion loud and proud like never before.

Our kids are now proud to go into school and celebrate being Sunderland fans, crucially those who don’t live in solidly red white parts of the north east or are exiled further afield. They will show their pride in their shirts, they will even have renewed ambitions to play for our club.

For example, over 350 girls have applied to be part of the Regional Talent Club for the year ahead, which is a massive achievement and bodes so well for our future as a footballing powerhouse focused on developing the talents of our young people.

The youngsters will share their memories, photos, and video on social media and create a new buzz around being a Sunderland supporter; no longer the ones that are crying on Netflix, now we’re the ones who take over everywhere we go. 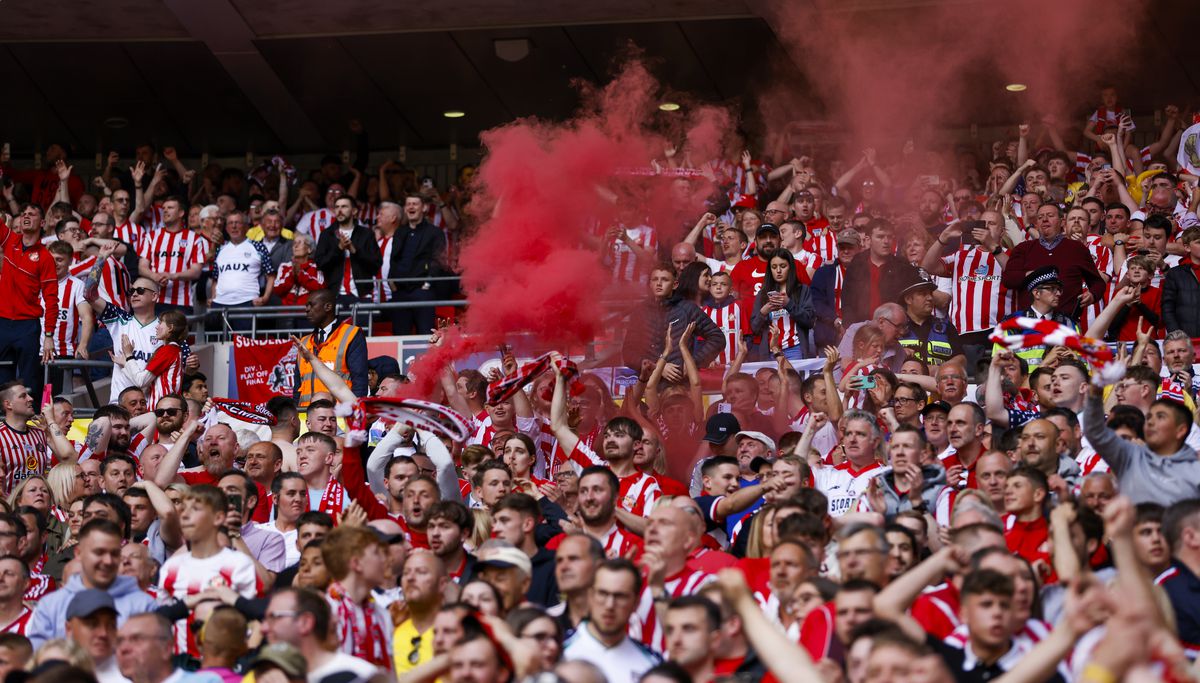 So much depended on last Sunday’s result - we were a club hemmed in and run on a skeleton staff because of the constraints of third-tier football. Regaining our place in the EFL Championship brings an increase in revenue; not just in the TV money but for a massive institution like Sunderland there’s the opportunity to sell more sponsorship, more corporate opportunities, more season cards, more game-day spending, and more merchandise.

The summer holds the promise of new signings and new developments at the Sunderland AFC as a whole. A new kit, a new sponsor even - we can look forward to all these things with the sense of childlike excitement that football should bring.

The men’s squad needs additions, but we’ve got a Head Coach in Alex Neil who we all trust and support - a man whose style and approach seem tailor-made for our club - and there’s not unrealistic talk of just how far he can take us. Kristjaan Speakman has said that the goal must be and remains the Premier League; the timescale on that ambition will now largely depend on the quality of footballer he and the recruitment team can attract to the club and our ability to retain the young talent already at the club.

Friends in the RR Lasses team tell me there are rumblings of something big in the SAFC Women’s squad too; could a big name signing be on the cards that might help bring the crowds back as the Euros give another huge boost to coverage of women’s football? 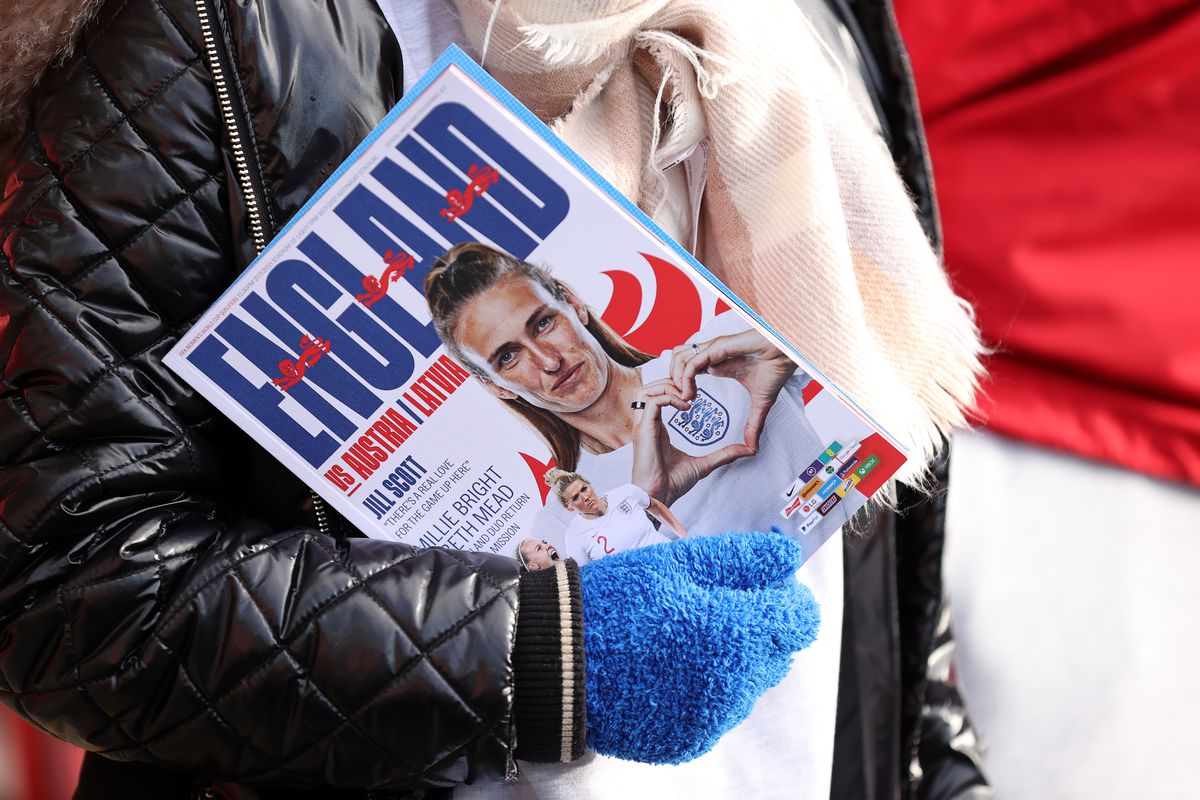 Photo by Naomi Baker - The FA/The FA via Getty Images

The increased visibility of the FA Women’s Championship with Barclay’s coming on board as the headline sponsor and Sunderland planning to stream home games on YouTube means more eyeballs will be on Mel Reay’s team again next season. Add into this the fact that your SoL season card is now a whole club season card and the prospect of a double-header at the Stadium of Light, and this section of the club also seems to be properly back in business.

The Lasses too have this crop of fantastic young players who love the club, and a return to the WSL has to be their ultimate goal too. It’s a big year for them, loads of other clubs are turning professional in tier two, so Sunderland’s unique model - based around the link up with Gateshead College and the Foundation of Light - will be tested once again. The ambitions and intentions of the club will be crucial here too.

The sun may be shining, but that’s not to say there aren’t a few clouds around lingering on the horizon. The off-the-field operation needs a kick up the backside - ticketing, matchday experience, merchandising, social media... they could and should all be better, and hopefully, with a few more quid coming into the club these things may improve rapidly. 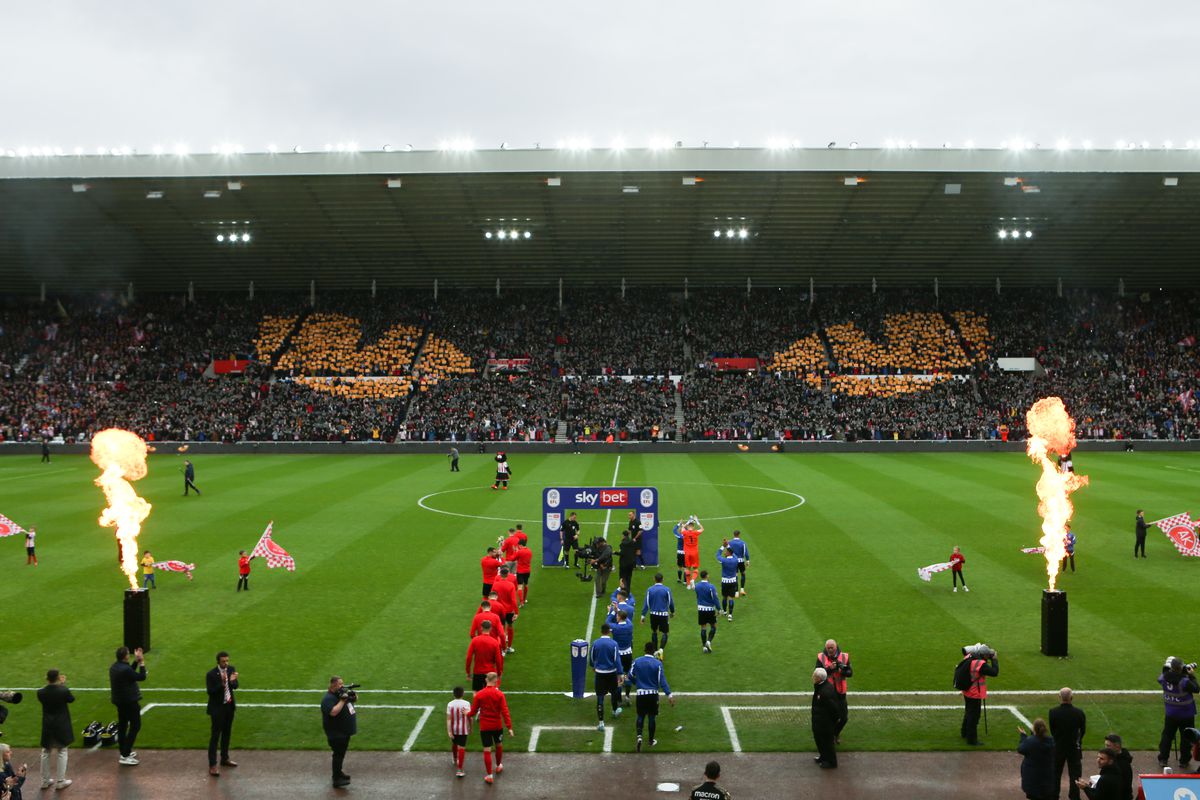 Photo by Will Matthews/MI News/NurPhoto via Getty Images

Even on these fronts, the ice seems to have broken somewhat. The #TilTheEnd #JustTheStart campaign has actually been really successful, and by all accounts, the club shop was doing an absolutely roaring trade in the leads up to Wembley and the season card sales are going very well indeed. Crowds of 40,000+ are not out of the question as we welcome Norwich City, Sheffield United, Middlesbrough, and Blackburn Rovers to our home next season.

And then, finally, there’s the ownership question, but even here there’s at least potentially cause for optimism. Finally getting that business sorted out - Donald and Methven finally cashing in those shares at the increased value they always wanted - will give the fanbase another huge boost and, potentially, could bring new investors with new money and new ideas to keep pushing us forward.

We are an immensely attractive proposition; we’ve huge potential for growth across all areas of the club. Any shrewd investor looking to put their money into a European football club will have Sunderland AFC absolutely top of that list.

I am just so happy that we’ve managed to get to this position, with a June and July to look forward to with optimism. Like many, I just want to keep soaking in those memories, those videos from Wembley, the stories, the pictures, the replays of goals and celebrations. They will sustain us over the summer before we get to cheer on our Lads and Lasses once again.

This is what being a Sunderland fan is all about. 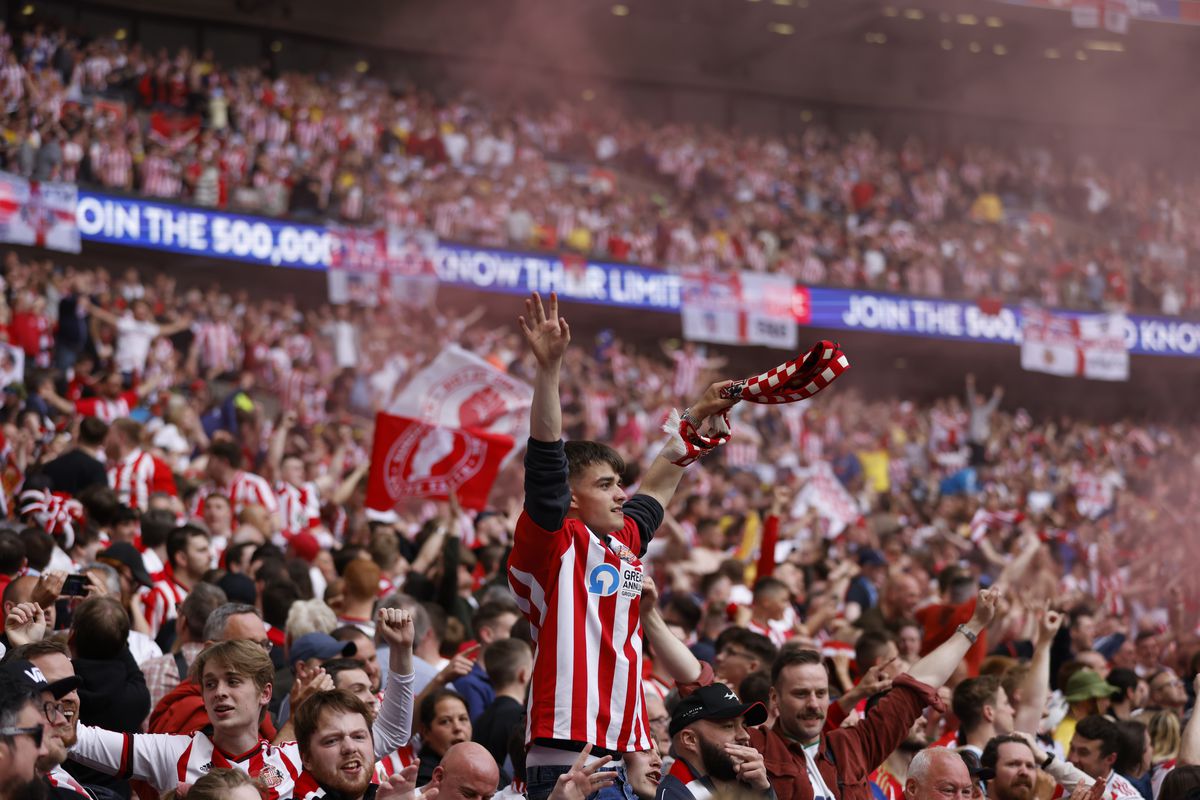