Entrepreneur Jamie Siminoff created the Ring Video Doorbell. According to the Ring blog, in just one year, the company sold over 20,000 units in more than 85 countries. The invention has been instrumental in capturing porch thieves, saving lives, and revealing real-life bloopers. But, there's another side to the device if used improperly.

A young woman who goes by the user name "throwawayhighschoo1" took to Reddit's "Am I the A**hole (AITA)" forum to ask whether her response to a neighbor's use of his Ring camera was warranted or not.

After moving to town, the 16-year-old girl said in the viral post, "I found out that my neighbors have cameras looking outside their house to the street and mini park, when my mom said that one of the neighbors had sent her a picture of me and my girlfriend at the park at 6pm, kinda pettily hinting that I should not be outside there at night."

She continued: "It felt so creepy the neighbor did that and it also felt weird that I know he never does that to my straight friends who hang out there, even much later. Even though my parents know I'm a lesbian many peoples parents might not know or accept that and he could get someone hurt."

Days later, the young woman was helping a friend fix their bike. She discovered later that a different neighbor took a screenshot from their Ring and sent it to her mother, "seeming to imply I stole it?" she wondered.

As part of the area's neighborhood watch Facebook page, she decided to take matters into her own hands and post the photos sent to her mom.

"'Hey neighbors! I'm OP, I go to (school) and I'm a junior!'" she wrote. "'I've been noticing a local safety concern I wanted to make you aware of. Several times in the last few weeks, I've been filmed on the street or in the public park, by strangers. I'm 16 and so is my partner and we were very creeped out and uncomfortable to know we are being recorded in a private romantic moment when we thought we were alone. Another time, someone took this picture when I was biking home alone in the evening. I know this sounds crazy, but I'm serious, see the pictures here. Please take care if you have younger children or even are going out alone as a woman.'"

She went on to say the post exploded — especially after the wife of the man who took the first photo chimed in to say he was making sure her parents allowed her to be out "past dark."

The woman called the girl's mother and now, the young woman wants to know if she's the forum's "A**hole." Then the internet came in to defend her. 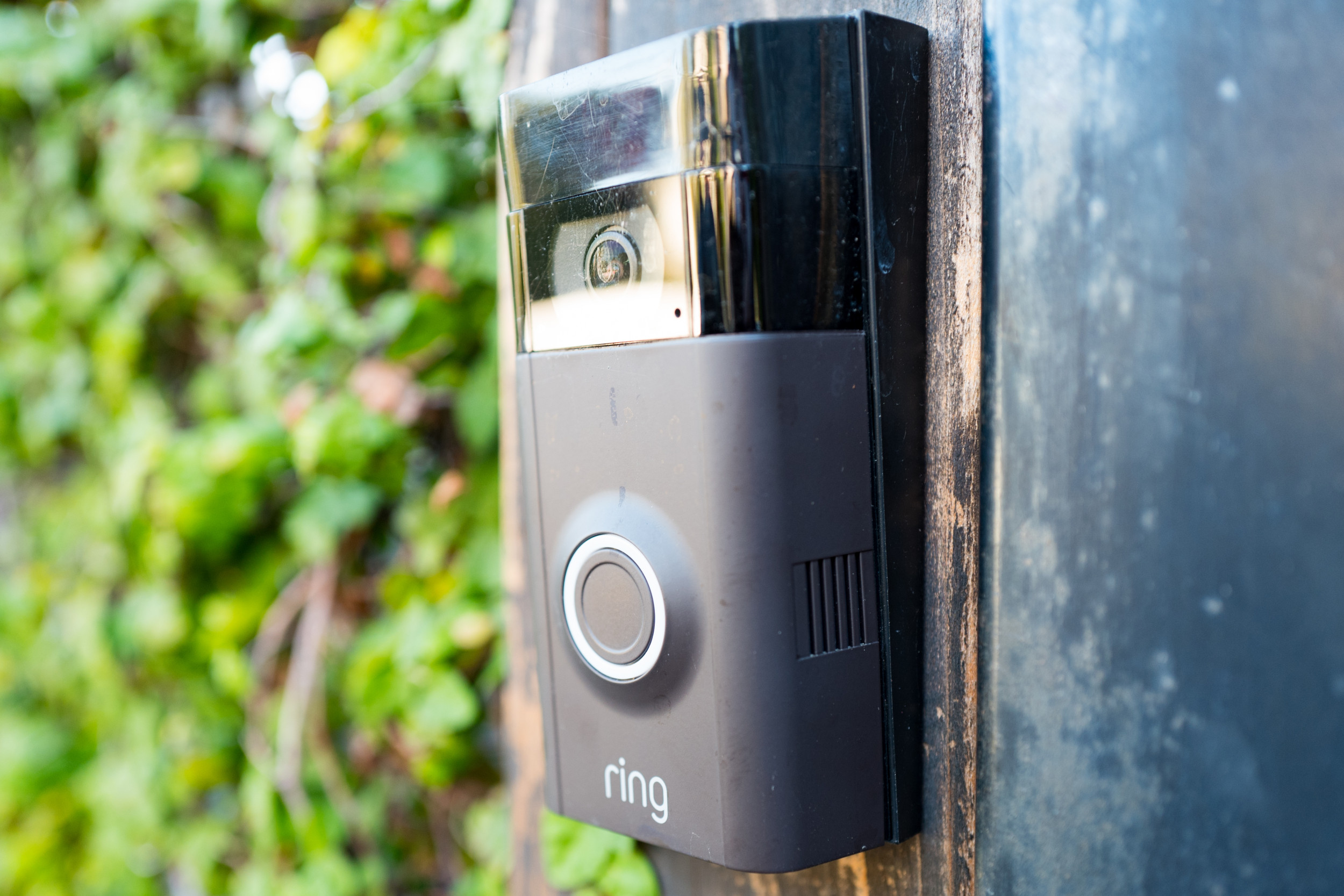 A photo of a Ring doorbell. Smith Collection/Gado/Getty Images

"Nta, as a Ring owner, I've set the settings to only capture what happens within my property line. This neighbor is too much of a busybody to start policing what people do outside of his home boundary especially emailing it to your mom," Few_Wasabi_8937 wrote.

"Exactly, normal use of a ring camera is for your own property, to discourage package thieves and vandals, not to spy on the whole neighborhood. NTA your neighbor is a major creep," WorkInProgress1040 said.

HeckinZebra agreed saying, "..why the hell is it that dude's business if you are out 'past dark'????? Having ring cameras on your porch, to dissuade/catch package thieves and the like, sure, I am all for. My husband and I have that. But having it actually pointing to the park/street? Ok, odd, but whatever. But then snapping pics of minors and sending it to their parents? NOPE. F****n nope, NO. It's NONE OF THEIR BUSINESS. Sure it's "public", but that is hella creepy, and unnecessary. NTA. It's funny, everyone but the creepers were like, 'ew, that's weird.'"

"NTA. Lets consider, What could possibly be inappropriate about a grown man filming two teen girls making out?" Whitestaunton added.

The viral post accumulated more than 15,000 upvotes and nearly 2,000 comments so far.