Is your happy place written in the stars?

If you’re planning the ultimate getaway, why not look to the heavens. According to astrology, discovers Lucy Holden, we each have a place in the world where love, success and happiness are guaranteed 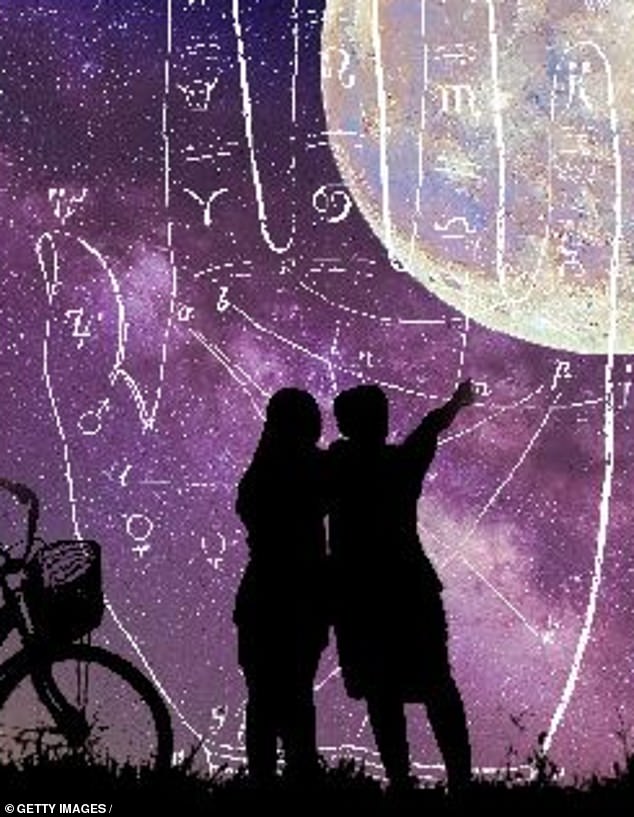 Kimberly Dewhirst: 'I wasn’t looking for love in Hong Kong, but Venus had other ideas'

My life is on track to reach a personal and professional zenith next year if I move to Mauritius. This is according to Kimberly Dewhirst, an astrocartographer who has studied my birth chart, projected it on to a world map and knows where I should and shouldn’t go to get the most from the planetary influences in my life.

‘Your Saturn line is bang on Mauritius,’ she explains, ‘and so it would be a really good place to understand your responsibility, authority and how hard you’ve worked to get where you are.’

Astrocartography – a relatively new form of astrology – is experiencing a hike in trendiness thanks to viral TikTok videos that attempt to explain how different places hold different planetary influences for us based on where and when we were born. When astrocartographers draw up a natal map (your birth chart), they look at where the planets were in the sky at the time you were born and are presented with lines that correspond with the movement of major celestial bodies, such as planets, the sun and the moon. These lines are different for everyone and are thought to bring out a different quality in you when you’re in a place near that line.

Everything that happens on earth is in the stars

Also known as ‘relocation astrology’, astrocartography was invented in the 1970s by Jim Lewis, an astrologer who noticed that his car broke down in the same spot in the Nevada desert every time he drove through it. ‘It turned out he had a Mars line running right through that location, which equates to anger and accidents ‒ and cars,’ explains Kimberly.

‘Typically, the people interested in astrocartography are looking for guidance,’ adds 37-year-old Kimberly, who studied at the London School of Astrology (LSA) in 2013 after completing a degree in English and marketing in Leeds. During a pandemic in which lives have been turned upside down, it makes sense that more of us are asking: ‘Where should I go to improve my life?’

Astrocartography doesn’t just show us where we should go but also with whom – and even what we should buy there. And while she would never tell someone to, say, put their money in stocks in a place with favourable planetary influences, Kimberly can advise on whether conducting business, purchasing a home or making an investment might be better in one part of the world compared to another.

After attending a conference at the LSA on this unique branch of stargazing, Kimberly became fascinated. Realising she wanted to delve deeper, she hatched a plan. ‘I went to the conference just before I was setting off on a grown-up backpacking trip, so I decided to travel to my energy lines – which were in Australia, China, Japan, Thailand and Miami – to see how each place affected me.’

Having visited Hong Kong, China and then hopped back to Hong Kong, she was two weeks into her stay when she went on a Tinder date. ‘I wasn’t looking for love, but it made total sense because my Venus line is in Hong Kong.’

For Kimberly, the position of Venus – the planet of love, sex, desire, flirtation and pleasure – meant she was ‘presented with people that could make me happy’. Seven years later, she still lives on her Venus line in Hong Kong with the man she met on Tinder, who’s now her husband. It is also where she writes horoscopes for Spotify and helps people understand astrocartography.

And now it’s my turn. After asking me to send her the date, time and location of my birth, as well as specifics about significant cities or countries, she reads my stars and tells me I had a powerful cluster of planets in Capricorn when I was born. ‘It’s what we call a stellium,’ she says. ‘Because the moon, Venus, Saturn and Mars rising [in every location planets are either ‘rising’ (‘ascending’) or ‘descending’ at the time of your birth] were so close together it meant you were born with a lot of presence. There’s an emphasis on you. A long-awaited child?’ she asks. ‘People look to you for entertainment. A lot comes back to you and your initiating qualities.’

Having established that my best life could be lived in Mauritius, we look at my past. Before we meet, Kimberly asked me to send her a list of places where significant events had happened to me. From the stars and my planet lines, she claims she can give me some reasons. Amsterdam – where I’ve had several relationships and which crops up repeatedly in my life – has the same energy as Lisbon and Paris, according to my charts, and is led by my ‘moon ascendent’, but also affected by the position of Neptune, Uranus, Mars and Venus, which tells her that those cities were, amid the romance, places of waywardness, sensitivity and self-sabotage. ‘The chart suggests you learned lessons and had experiences that were problematic,’ she tells me.

Having been on ‘romantic’ breaks to Paris and Lisbon that instead involved a lot of alcohol and soul-searching about what we were doing together, her analysis seems quite accurate.

Take it easy with a meditative holiday in Bali that gives you an opportunity to switch off completely.

You’re pulled towards your peers, so head to Thailand and connect with like-minded people doing something charitable or altruistic.

Your horoscope wants you to be seen ‒ so jet to New York City where you might get noticed!

It’s time to broaden your outlook – and your horizons. Why not take your work on the road? Try hot-desking in Barcelona.

Face your fears in Switzerland. From a helicopter ride to tightrope walking or white-water rafting ‒ do something that scares you.

If a special person has made themselves known, suggest a fun trip somewhere new to you both. Singles might meet their match in Italy.

A spa that gets you back on your feet needn’t be a dream. Book a heavenly break in Costa Rica to bring you back to a perfect equilibrium.

Indulge in a fun, romantic trip through California – and don’t miss the love motels.

It’s time to reconnect with a place from the past, or to anchor yourself with a trip that nourishes your roots. Mykonos is all the inspiration you need.

Venture out with friends for a few nights closer to home. A visit to a spa in Bath would be ideal.

Head to places that inspire you, like Berlin ‒perhaps you’re scoping out a future home, a place to retire, or looking for an investment.

It’s time to break out of your comfort zone, so why not go big in Japan? Say yes to opportunities!

We move on to Cuba, where I once went on an ‘Are we going to do this or not?’ romantically questioning holiday. Kimberly tells me that the country is on my sun line, which symbolises ‘ego, men, kings, rulers, and flags we were born to raise’.

I didn’t choose Cuba as the destination, but rather an egotistical man who thought he was a king of several things did, so I appreciate her analysis. ‘When you were maybe eating a pineapple, were you able to acknowledge what was coming up for you in the relationship at the time?’ she asks, as I try to remember if I ate any pineapples, but think it was mainly fish in torrential rain.

The sun figuring in my birth chart also suggests to Kimberly that there were money issues – which there were, with both of us worrying about finances at the time. And ‘the eagerness to get back to the job’ is accurate, too, given that I’d been out of work for months and was about to start job-hunting on our return.

As a natural cynic, I wonder whether there’s an element of self-fulfilling prophecy about all of this. If Kimberly tells me I’ll excel ‘politically and professionally’ in Mauritius, will I therefore have the confidence and ambition to do that? Perhaps unsurprisingly, she doesn’t think so. ‘It depends more on the ability of the astrologer to translate your birth charts because everything that happens on Earth is in the stars – from incarceration to the death of a child,’ she says.

‘Some astrocartographers say people should go nowhere near certain planet lines ‒ ones that symbolise gruelling hard work, for example ‒ but those can work very well for some people. It depends totally on the person you’re reading for and what they’re looking to achieve.’

The great news for anyone not feeling flush enough to move to Mauritius is that, according to Kimberly, energies can be part-absorbed through culturally relevant activities. In other words you can benefit from astrocartography without jumping on a plane. ‘You could watch a film located there, or walk the streets on Google Maps,’ she says. ‘If you love pictures of the Eiffel Tower, you might have an ascending moon in Paris, and so owning artwork or buying a lamp in the style of design popular there can bring you the same energy.’

If anyone knows a good place to buy Mauritian lamps, will you let me know?