Keeping up with yummy mummies destroyed me

The five of us were squished into a broken bed in a country house attic, listening to raucous drunken laughter downstairs. My children were snoring gently as my husband whispered over their heads: ‘What are we doing here?’

We’d gone away for the weekend with a group of school parents and had realised too late that we’d been invited solely as a viaduct to the celebrity families. I was doing the people I loved most a disservice. I knew deep down that none of us belonged in this crowd, which valued status over life’s messily glorious reality.

I am an actress and writer, but in my 30s, with three children under five, I took a career break. For the next five years, I became so consumed by fitting in with the London private school set that I became a ghost in my own life.

Being a school gate mum obliterated my ambition, my sense of humour, everything that was me. I muffled my mental dips and mounting anxiety by buying expensive dresses, saying yes to every social event and being the support staff to anyone who asked. 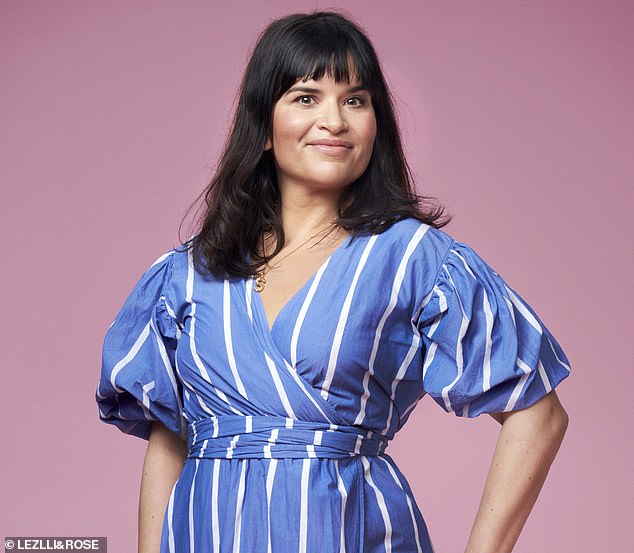 Salima Saxton (pictured) explains how she became consumed with the playground politics of her children's London private school, to the point where she didn't recognise herself

We had the Bluebloods, who referred to their children by names that were interchangeable with their family pets, and treated both with an exasperated resignation that they were always in ‘one’s way’.

Then there were the Trusties, whose inherited wealth allowed them middle-aged, muted rebellions, but were scared stiff when they went to a Stormzy gig. They were followed around the playground by the Aspies, the aspirational mums who’d disown their children if it might improve their social standing. Finally, the Agas, kindly souls afloat on gin. These were the women for whom Boden, Jools Oliver and Farrow and Ball’s Wimborne White were the holy triumvirate.

I hadn’t come from this world. I’d attended my local school in Suffolk. And as a young actress, even after roles in Jennifer Saunders’s Jam Jerusalem, Twenty Twelve and Spooks, I had to watch the pennies.

My husband had also come from a modest background, but when his business started to make money, our lives changed.

Ticking off certain holidays and schools felt like success, even as my values started to erode. There were moments when I felt things weren’t right. When my stomach flip-flopped if I thought I’d been excluded from a mums’ walk or I caught myself crafting another Instagram humblebrag post about my children.

One day, my five-year-old son grabbed my hand and said: ‘Stop talking about No-things.’

He was right. I had a Cambridge degree yet here I was, wearing my insecurity as a huge smile despite struggling with a potent mix of sleeplessness and financial anxiety.

My husband called me out on my new friendships, asking if I was having some sort of slow breakdown or midlife crisis. 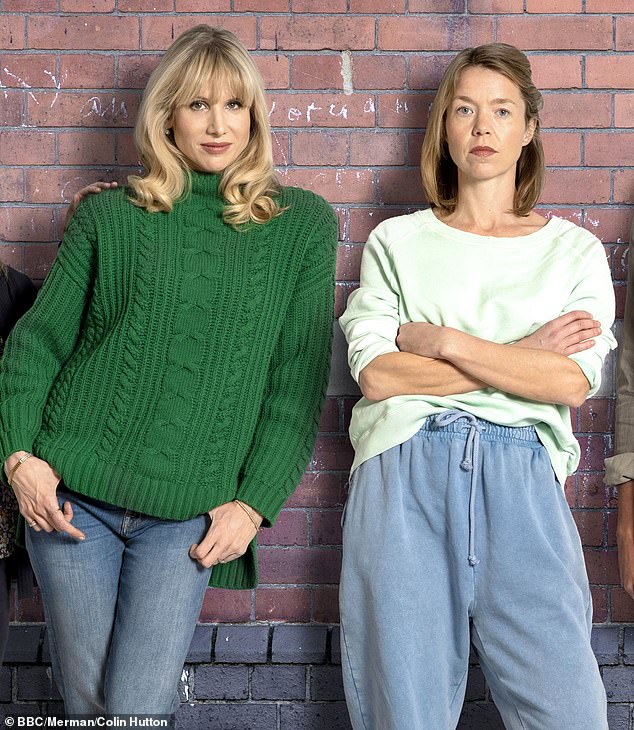 It took being ghosted in the playground for me finally to wake up. I’d made the mistake of telling one mum I didn’t think taking a holiday in lockdown was wise. But instead of the expected ‘let’s agree to disagree’ moment, it was the dynamite that blew apart our friendship. I was devastated. I’d thought we’d become close and I cared deeply about her.

The coup de grace was when a mutual friend asked if we could meet at my house, rather than outside school, and I realised she didn’t want to be seen with me in case it pushed her down the pecking order.

What had happened to me? I sobbed to an old friend that I’d become a high functioning sleepwalker, smiling brightly to mask the trepidation I felt daily at the school gates. I was acting, but not for money. My friend staged an intervention. She sent me a birthday bottle of gin with the quote: ‘Be yourself, and the right people will love the real you — even when you’re being a twit.’

I took her advice and started to audition again. The night before I stepped back on set last year, I felt like I had conned my way back into a world that was no longer mine. But, after those first few moments of fear, I felt more ‘me’ than I’d done in years. Alongside acting in acclaimed dramas including ITV’s Trigger Point, I wrote a novel, and have now co-developed a TV pilot.

Three weeks ago, we moved to the countryside. For the first time in years I feel at peace. I can’t blame the other mums, nor London. It was about me. I’d forgotten that true friends are there for you even when you’re not wearing your high heels. They love you when you’re ugly, crying into the sleeve of a grubby sweatshirt.

I love my children, but I also love my hard-fought-for career. I’m not saying mums should work or not work. I’m saying whatever you do, commit to yourself. If I could have a moment with my former self, I’d say: ‘ Don’t forget who you are — and leave the playground games to the children.’