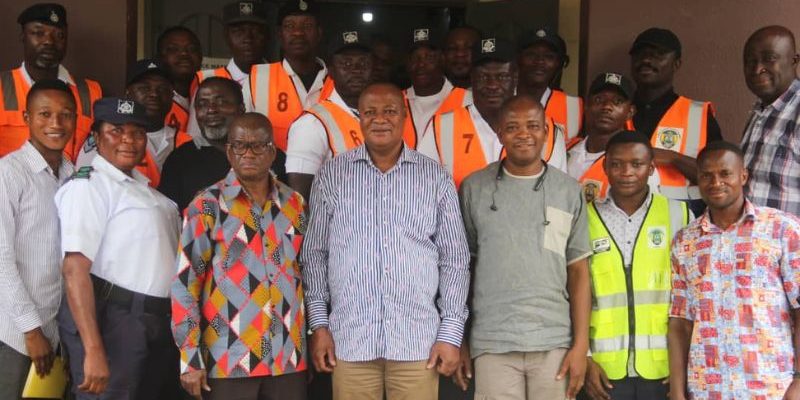 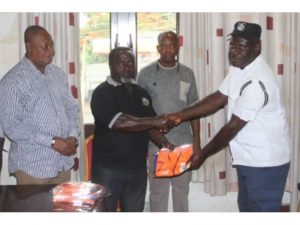 The Kumasi Metropolitan Assembly (KMA) has inaugurated a 10-member Transport Task Force to work for the decongestion of the Central Business District at Adum. The Task Force would mainly operate at Roman Hill, Pampaso Adum PZ, Asafo Market, VIP Station, Kejetia and the frontage of the Central Market.

The operations of the Task Force, whose membership is drawn mainly from the Metro Guards, comes under the direct supervision of the Transport Department of the Assembly, headed by Mr. Randy Wilson, and would ensure the decongestion of the city, as well as ensure the security of transport organisations.

The Transport Department has noticed that 80% of traffic in the Central Business District is due to street unloading of goods by shop owners in the Metropolis.

Inaugurating the Task Force on Tuesday, the Mayor of Kumasi, Samuel Pyne, cautioned the members to be diligent in the discharge of their duties.

He reminded them that he was personally interested in their operations and would monitor them, further cautioning them that anyone who goes out of his way to abuse his mandate would be sanctioned appropriately.

The Mayor indicated that the Task Force would be assigned to various points in its operational areas to check illegal loading and off-loading of goods.

He also reminded them that per the bye-law of the Assembly, off-loading of goods was done between 6pm and 8am, and warned that shop owners who flout this directive would be sanctioned.

The KMA boss encouraged the members of the Task Force to clamp vehicles found loading or off loading goods in the Central Business District after 8am, and said such drivers would be liable for fines and other punitive sanctions.