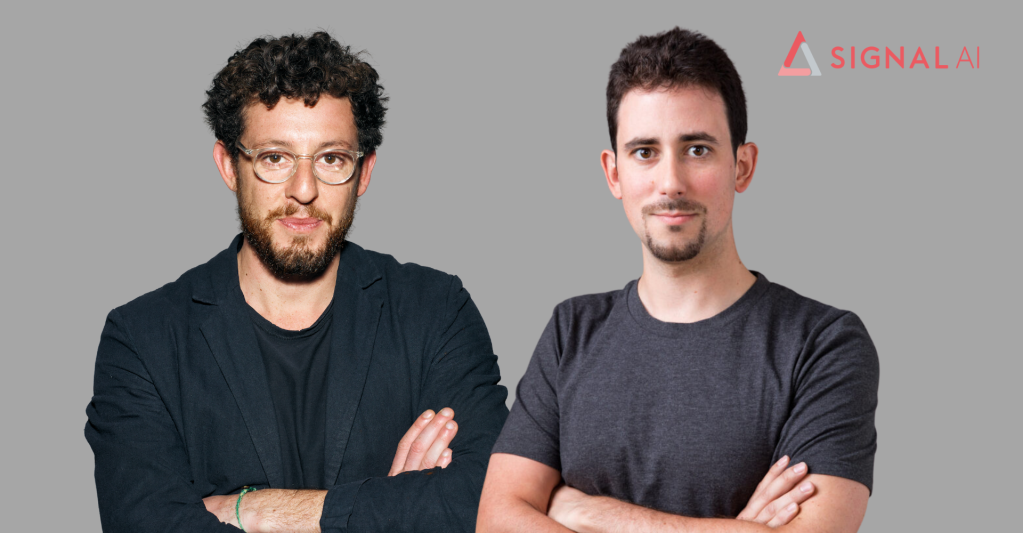 Signal AI, a British startup that is trying to solve the “information overload” faced by business decision makers with its artificial intelligence and machine learning technology, has today closed a $50m Series D funding round.

Its latest round was led by growth-stage investors Highland Europe, who have previously backed ContentSquare and Matches Fashion, and brings the total funds raised by the eight-year-old startup to $100m.

Signal pitches itself as a “global decision augmentation company”, which needs some translating for the unfamiliar.

“The series of issues faced by business decision makers is ever-multiplying – climate change, the rising importance of ESG, and in the last twelve months, the pandemic,” CEO David Benigson tells City AM.

“But business leaders didn’t have an effective radar to spot those risks for their organisation. Our AI turns those challenges into a competitive advantage, by helping them get ahead of those risks and opportunities better.”

It does so by aggregating millions of data sources related to a specific business question, from newspaper articles and regulatory filings to twitter posts, podcasts and blogs, and applies a layer of machine learning to deliver information that affects an organisation through Signal’s platform.

Signal AI already works across data in more than 100 languages, and plans to funnel the fresh funds into developing its platform further to ingest even more data sets, across what it calls “structured and unstructured” data, which could include patent filings and even product reviews.

The London-founded startup also plans to ramp up its headcount, focusing particularly on RD talent in London, where it plans to hire about 100 people over the next year to work on its product and technology, with machine learning, AI and engineering expertise.

Having already partnered with Deloitte, Signal already provides its services to over 700 global corporations, including Barclays, Google, Exxon and Twitter. Last year, the startup even bagged a near £100,000 contract from the Cabinet Office, to help the government monitor global responses to the coronavirus outbreak.

“These days, business leaders are making decisions that are more about their reputational impact, rather than just the bottom line,” he says.

“The data is all about understanding the reputation, perception and trust of businesses, and the footprint that they have in the world.

“One of the big shortcomings of the ESG landscape is it’s very reliant on what a company says it does, rather than what it actually does. The latter is what we’re trying to root out.”

And it’s a thesis that has attracted some big names to Signal’s board – including business veteran Archie Norman, the chairman of MS who once chaired ITV’s board and served as an MP; and Sarah Wood, the Unruly Media founder who also sits on the board of Tech Nation.

Looking further afield, Signal already has offices in Hong Kong and the US, where it is looking to “significantly ramp up” its headcount of 50 people next year, too.