MIAMI — A major effort by Democrats to recover lost ground among Hispanics by purchasing Spanish-language radio stations is stirring up opposition in Miami, where Cuban exiles describe it as an attempt to stifle conservative voices.

These markets are diverse — Hispanics with roots all over Latin America listen to the stations in Los Angeles, New York, Miami, Houston, Chicago, Dallas, San Antonio, McAllen, Fresno and Las Vegas. The network said it “will focus on creating content that addresses the different cultural and political nuances that impact different types of Latinos.”

But the deal isn’t going over well in Miami, where Radio Mambi is popular among hardline Cuban exiles.

“We would need to be deaf and blind not to understand the motives behind this buyout,” Irina Vilariño, who co-owns a chain of Cuban restaurants in South Florida, said at a news conference held by a coalition called the Assembly of the Cuban Resistance. 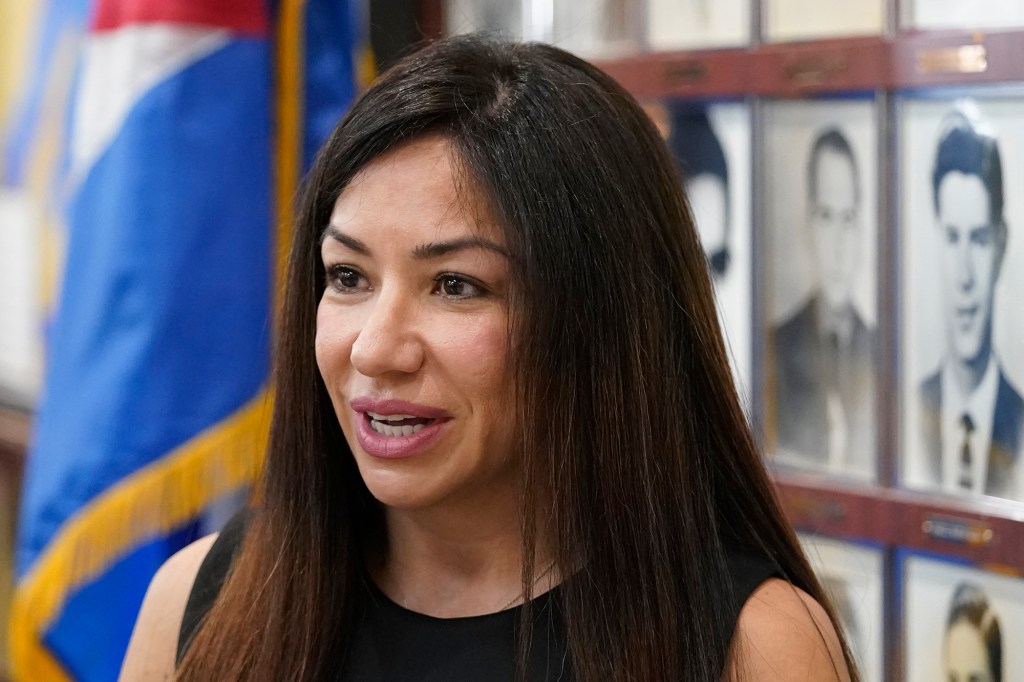 Businesswoman Irina Vilarino spoke against the buyout after a news conference by mostly Cuban exiles. AP

The network has raised a total of $80 million from high-profile investors such as actress Eva Longoria, who is also a Democratic political activist, and former Florida Republican Party chairman Al Cardenas, now a critic of former President Donald Trump. The debt involved is financed by Lakestar Finance LLC, a company affiliated with Democratic mega-donor George Soros.

The deal has been harshly criticized by Republicans in Florida, from the Cuban American House delegation to Sen. Marco Rubio and Gov. Ron DeSantis. Coalition members said they are exploring legal ways to contest the takeover.

Democrats have pointed to some shows on Radio Mambi and other Spanish-language radio stations when raising concerns about disinformation, especially following the Jan. 6 insurrection at the US Capitol. Republicans say those accusations are used to distract from the Democrats’ lackluster performance among Hispanic voters in South Florida in the 2020 election. 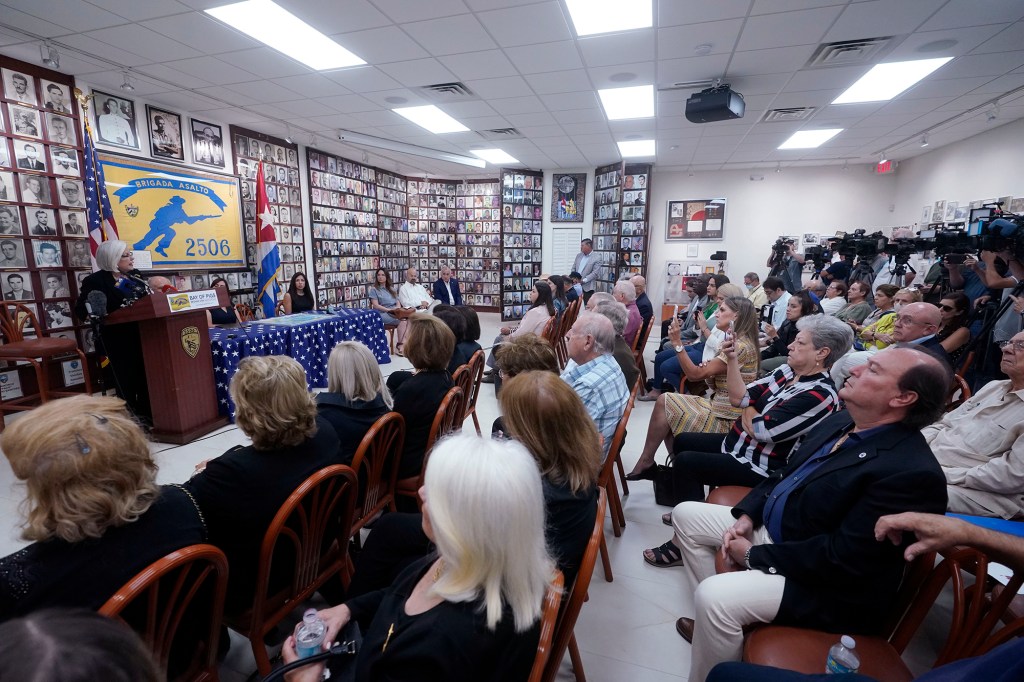 Miami Republicans are exploring ways to contest the $60 million deal to acquire 18 Spanish language AM and FM stations. AP

Stephanie Valencia, who helped lead Obama’s White House Office of Public Engagement, co-founded the Latino Media Network. She heard about four or five months ago that TelevisaUnivision had plans to sell radio stations. TelevisaUnivision did not respond to a request for comment on how the deal come about.

“We did not want to miss that opportunity to obtain such a large number all at once and keep them in Latino hands,” Valencia told The Associated Press, adding that other interested parties did not appear to have Latino programming.

Valencia said she wants to ensure a smooth transition.

“We are going to be looking at this from a business perspective. How do we maintain the spirit of what these stations are? How do we balance journalistic integrity and ensure we build spaces for free speech?” she said.

Start your day with all you need to know

One of the most popular commentators, Ninoska Perez, a fervent Trump supporter, has assured listeners that they have been told there would be no major changes.

Martha Flores, who hosts an evening show on Radio Mambi, isn’t sure about that. She attended the news conference but declined to speak.

“Look at this,” Flores said, pointing at her eyes watering. “I know I would just cry.”

Radio Mambi got its start in the 1980s with support from the Reagan administration and has long received federal funding to beam Radio Marti’s anti-communist content into Cuba for an hour after midnight each morning. Cuba, in turn, tries to jam the station’s signal from reaching the island.

Cubans in Miami recall growing up listening to the station in the kitchen or while in the car. Lt. Gov. Jeanette Nunez shared at the news conference that as a girl she would hear it so much that she get annoyed with her father.

“Why do I have to listen to this?” Nunez said she would tell her father while he drove her to school. “He insisted. He would never let me change the dial,” Nunez said, adding that she later followed the same tradition with her own daughter.

The group still has to file with the FCC to transfer the broadcast licenses. A public comment period will follow. If approved, the startup would take full ownership in late 2023, after a one-year transition period.