One of the organizers of a planned motorcycle convoy is warning of a "free-for-all" on Friday if Ottawa police don't allow hundreds of protesters to bring their bikes onto the streets around Parliament Hill.

The "Rolling Thunder Ottawa" convoy plans to do a loop through downtown next weekend, with a stop planned at the National War Memorial.

But after the "Freedom Convoy" protest blockaded city streets for three weeks earlier this year, police say they will not allow any vehicles in the area around Parliament Hill.

Get top stories in your inbox.

Our award-winning journalists bring you the news that impacts you, Canada, and the world. Don't miss out.

"We will not allow for unsafe or unlawful conditions that could lead to another protest, as seen in February," interim police chief Steve Bell told the local police services board Monday afternoon.

They also said they have reached out to motorcycle convoy organizers to understand their plans.

Rolling Thunder organizer Neil Sheard, who has been involved in protests against COVID-19 restrictions, said in a YouTube video that without a route to follow there will be a safety issue.

What people are reading 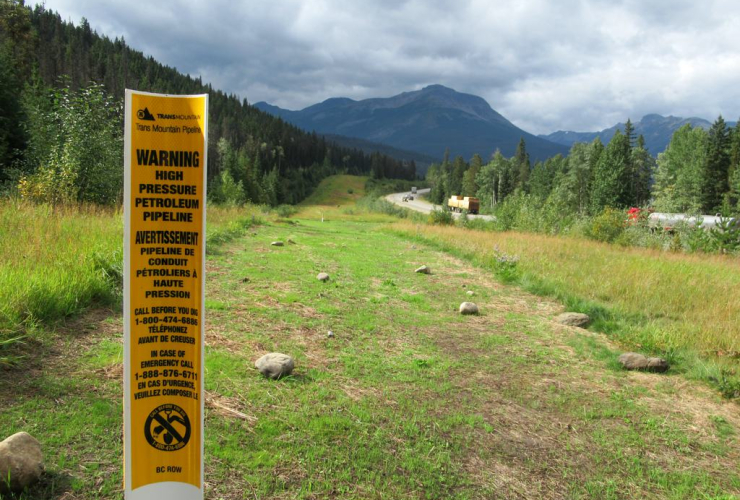 "Thousands of people are coming to the city. There could be over a thousand bikes coming to your city. We had a route nailed," Sheard said in the video posted Sunday.

He warned Ottawa Mayor Jim Watson that the safety of the bikers and the citizens of Ottawa is at stake. He also said he expects the protest will be peaceful and dignified.

Police are warning the public to prepare for the possibility of traffic disruptions next weekend — but haven't yet told people to avoid going downtown.

Downtown Ottawa councillor Catherine McKenney said the convoy must not stop or stay in central neighbourhoods, after Ottawa fell to a state of lawlessness during the previous protest.

"I will not have our community re-terrorized. I do not want our children, seniors and other vulnerable residents re-traumatized. Our businesses should not be forced to close again," McKenney said on Twitter Monday.

I will not have our community re-terrorized. I do not want our children, seniors and other vulnerable residents re-traumatized. Our businesses should not be forced to close again.

Bell said the police service is "considerably concerned" that not all members of the convoy will follow the organizer's plans, and have prepared for the possibility protesters try to entrench themselves for days or weeks like they did in February.

"Our planning response is set up specifically to make sure that doesn't occur," Bell said, speaking to reporters Monday.

The group has not been clear about the cause they're rallying for, except to say that they will be in Ottawa to "peacefully celebrate our freedom."

Bell said it's been extremely challenging to pin down exactly why the crowds are coming, especially with such a large and varied group.

The group says it hopes veterans, who they say were forced to leave the cenotaph by police during the freedom convoy, will lay a wreath at the National War Memorial this weekend.

War memorials and cenotaphs are important symbols of the service and sacrifice of Canada's veterans, said Dion Edmonds, marketing and communications director for The Royal Canadian Legion

"The Legion defends these sacred sites of Remembrance, and asserts they never be used as a backdrop to any other agenda beyond the act of remembrance," he said.

The Legion is appealing to all who gather before the National War Memorial this weekend do so with a purely remembrance focus.

The organizations involved do appear to have links to the convoy demonstration earlier this year that protested COVID-19 restrictions and demanded the Liberal government resign.

The website for "Rolling Thunder Ottawa" said it is partnered with the groups Veterans for Freedom and Freedom Fighters Canada.

Veterans for Freedom describes itself on its website as a group made up of Canadian veterans working to "restore fundamental freedoms for all Canadians" and "uphold Canadian laws."

The members of that group's steering committee all have ties to the earlier protests, including one who was among the convoy's spokespeople. Others appeared in YouTube videos supporting convoy demonstrators.

Freedom Fighters Canada's website says it is an organization "demanding the end of all government mandates" and the end of "tyrannical legislation."

"Our government has overstepped its boundaries, we are here to put them back in their place," the site said.

Some of its organizers also attended or supported the earlier protests publicly.

"Rolling Thunder Ottawa" is scheduled to have a rally and after-party on Parliament Hill Friday, followed by a convoy through the streets of downtown Ottawa on Saturday.

This report by The Canadian Press was first published April 25, 2022.