We review products independently, but we may earn affiliate commissions from buying links on this page. Terms of use.

However, the product will come bundled with an AIO liquid cooler and a 32GB kit of DDR5 RAM. 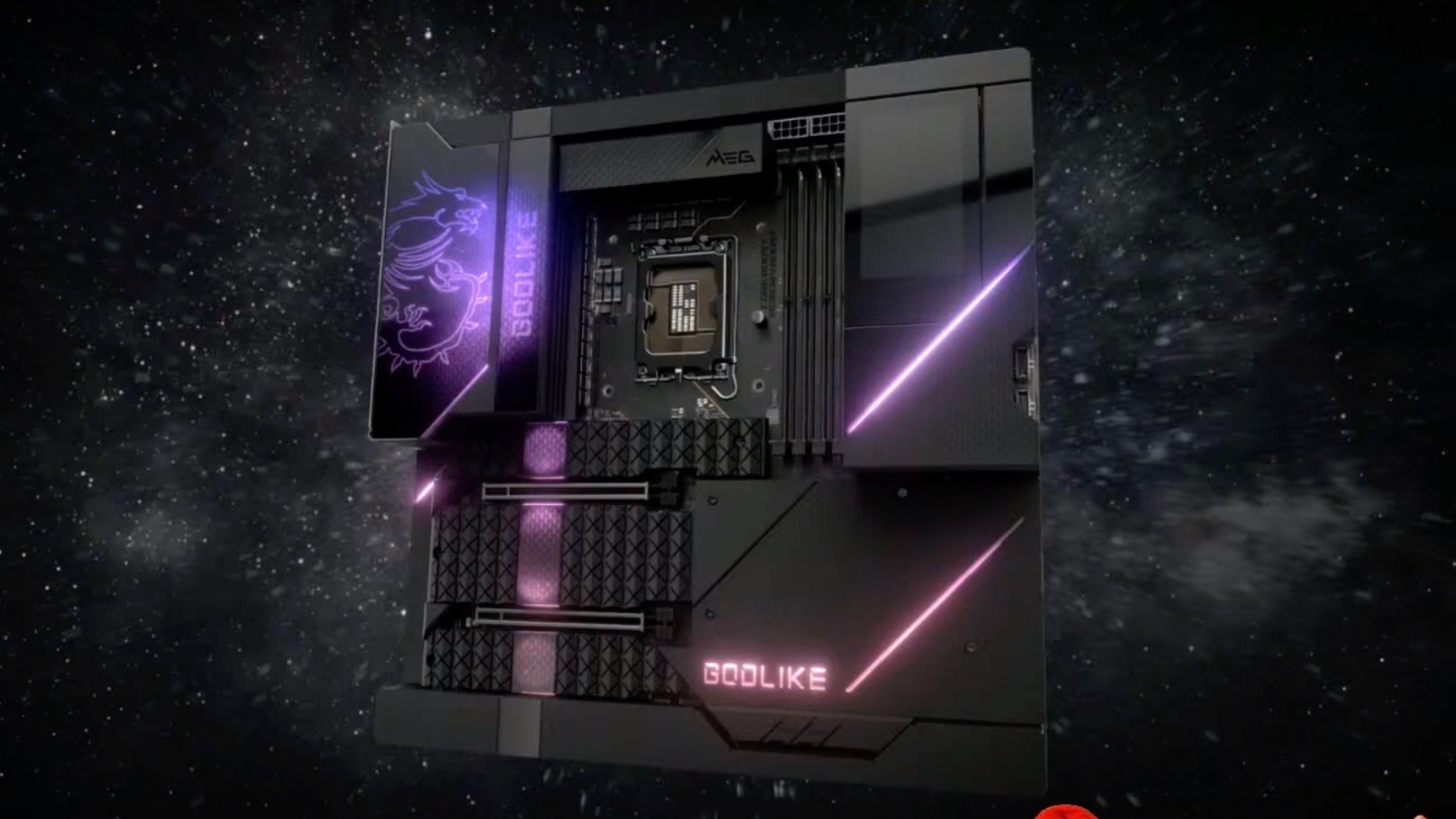 After teasing the product for months, MSI is giving the gaming public a full look at the MEG Z690 GODLIKE, the company’s most over-the-top motherboard yet.

MSI went over the product in a Wednesday live stream, during which it also revealed the motherboard will cost an ungodly $2,099. The motherboard stands out by including a 3.5-inch LCD touch screen in the corner, which can display system details, such as CPU temperatures. The same screen, which includes a speaker, can also play images, videos, or even live weather conditions. In addition, owners can detach the LCD screen and use it externally to monitor and configure the PC via a USB cable. The LCD screen on the motherboard.

Other perks include two front-facing USB 3.2 Gen 2x2 20GB ports, dual PCIe Gen 5.0 slots, and an all-metal backplate to help keep the board cool. However, the motherboard is hefty, weighing in at 6.6 pounds.

“This is by far the heaviest consumer motherboard I have ever had in my hands,” MSI product marketing officer Michiel Berkhout said during the live stream.

Although the $2,099 price is high, MSI is selling the motherboard as a bundle that also includes an all-in-one liquid cooler. In addition, the GODLIKE will come with its own 32GB kit of DDR5 RAM, saving customers from buying hard-to-find memory, which is currently in short supply.

The GODLIKE is larger than a standard ATX board. Instead, the product is classified as an “extended ATX” board with a longer length. MSI’s own computer cases can’t even officially fit the motherboard, although the company is preparing to release a new chassis that will. Sadly, the GODLIKE won’t be widely available to all consumers. MSI only plans on selling the motherboard to customers who've previously purchased an older GODLIKE motherboard or an RTX 3080 or 3090 graphics card from MSI and registered the product online.

"So not everyone can just go out and buy it. Unfortunately, the quantity is just too limited to do that," Berkhout said.

Expect it to start rolling out at the end of January and early February for eligible customers. MSI plans on uploading the product page for the MEG Z690 GODLIKE soon at MSI.com.