AWS Step Functions is a serverless function orchestrator that makes it easy to sequence AWS Lambda functions and multiple AWS services into business-critical applications. Since its release in December 2016, developers have, according to an AWS Compute blog post, been building Step Functions workflows with Amazon States Language (ASL) to orchestrate multiple services into business-critical applications.

AWS Step Functions stores a detailed history for every execution so that a developer can view the path of execution, audit each transaction, and debug failures. With the new opt-in capability on the state-machine page, it will be easier for them to navigate through the details of their workflow executions in the AWS Console to identify issues, dive deeper into the context of a failure, and visually present information in a way that makes sense. In addition, they can select from three different views for your workflow execution, including a navigable workflow graph, a state transition table, and a revamped events table.

The graph view depicts the workflow execution path in graphical form. It displays which states have succeeded, failed, or are currently in progress and any mistakes that have been discovered. Each color is decoded using the legend at the bottom of the graph. 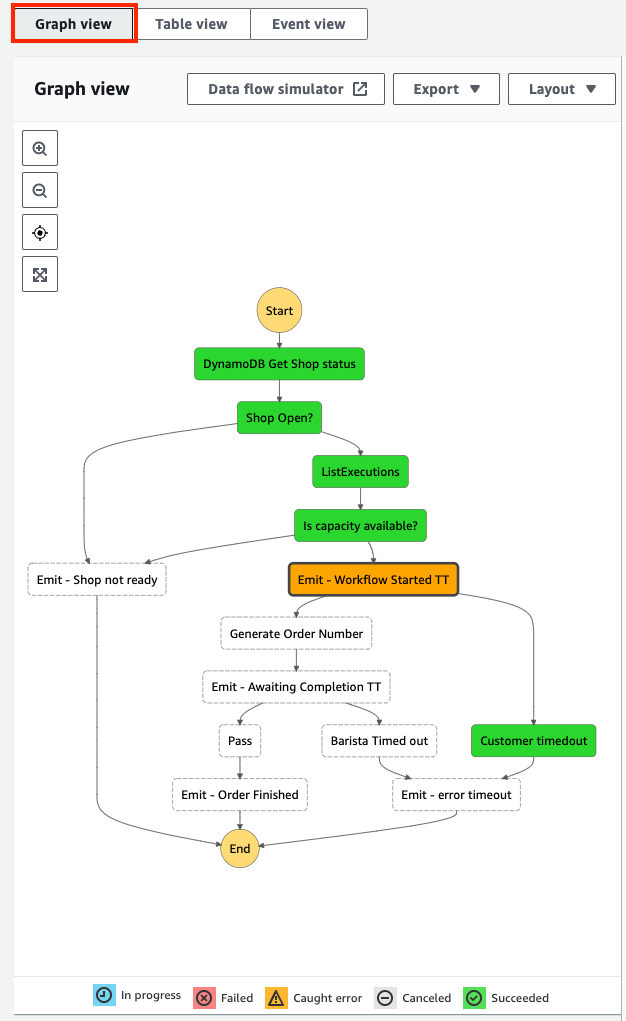 When selecting a state, a developer can drill into specifics like events, in output, details, and definition.

Next, the Table view provides a tabular representation of each state, allowing a developer to access information about a state’s duration, resources, or status. And finally, the event view shows a hierarchical list of each iteration, which a developer can drill down into the execution that failed to investigate further.

A respondent on a Reddit thread on the new observability features of AWS Step Functions commented:

This looks great! Just checked it out on one of our products that make lots of use of Step Functions, this looks like it solves one big annoyance with SF, which was when failures are deep within map/iteration states, it became really difficult to find out what exactly caused the issue (for, e.g., what was the input for the 50th iteration within the 12th iteration, etc.)!

The execution page is currently generally available in US East (Ohio and N. Virginia), US West (Oregon and N. California), Asia Pacific (Tokyo), Canada (Central), and Europe (Ireland and Frankfurt) regions. More details are available through the developer guide.