Welcome to the morning edition of Coding Blocks as we dive into what service level indicators, objectives, and agreements are while Michael clearly needs more sleep, Allen doesn’t know how web pages work anymore, and Joe isn’t allowed to beg.

The full show notes for this episode are available at https://www.codingblocks.net/episode183. The famous “SRE Book” from Google

What Should You Care About?

An error budget is just an SLO for meeting other SLOs! Kubernetes is great but … it’s complicated!

Tip of the Week 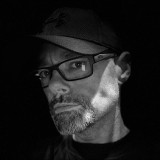 Michael Outlaw is a father, husband, and software developer based out of Atlanta, GA. A fan of gadgets and all things technology, when he isn't found behind the clickety clack of his favorite mechanical keyboard he's usually found on a bicycle or tennis court. A father of two boys, Michael often spends his free time teaching his boys how to lose with dignity as they destroy him in game franchises like Overwatch, Halo, and Call of Duty. When not sharing his love of Git, C#, and unit testing, he can be found spending his "study time" studying the mysteries of machine learning.