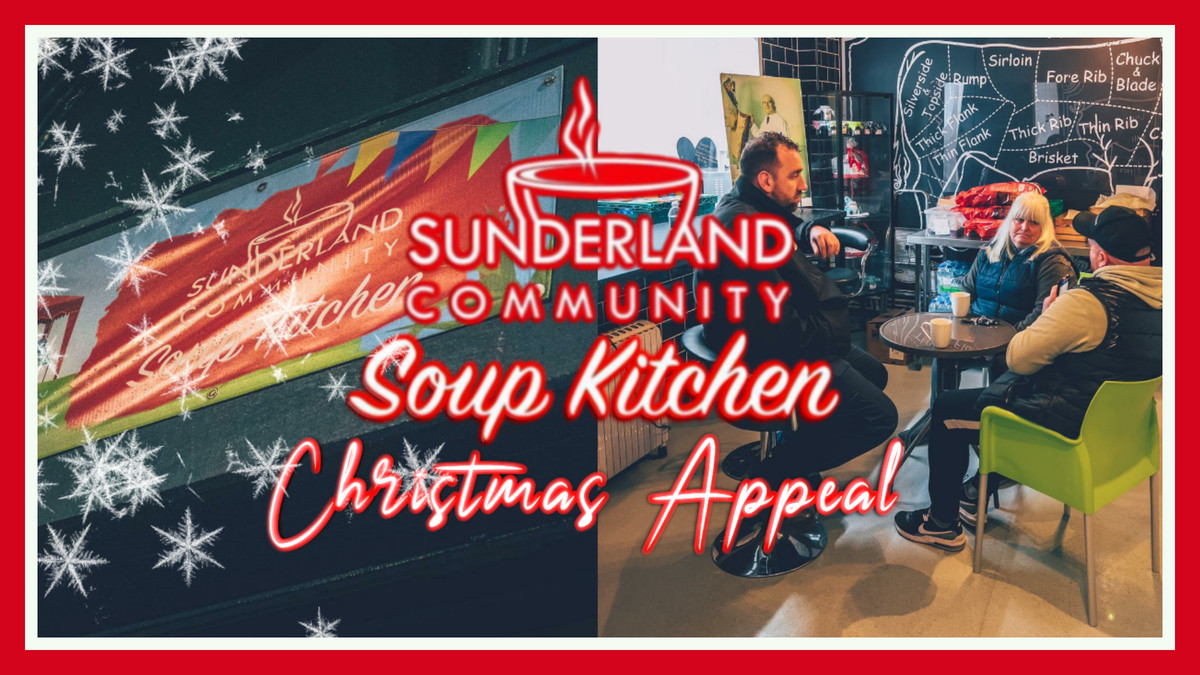 We were delighted to be able to kick off this year’s fundraiser with a donation of £13,000 – every last penny the Roker Rapport podcast has generated through advertising this year. And it’s all because of people like you tuning in.

I thought I’d put this separate to my thoughts on this years fundraiser as a whole and simply explain to those of you who may be interested how we came to make that donation, as it involves you all as listeners directly.

Away from football somewhat – an interesting situation sort of came together at just the right time in 2019.

Firstly, we came to get to know Andrea Bell and the good folk at Sunderland Community Soup Kitchen and found out a great deal about the work they do.

Secondly, our ability to generate advertising revenue well above previous levels was achieved thanks to an advertising partnership we entered into with our podcast host.

The latter is basically what has funded our donation to SCSK to kickstart this year’s Christmas fundraising campaign.

The key partnership here is one that includes all of us – the team behind the podcast is now quite vast, made up of people recruited specifically for contributing to the Pod and people we simply met along the way.

We recruit directly from our audience, and we’ve added a great number of people to the ranks over the years. Some people come and go, settling down and occasionally raising wee podcasts of their own, but a few of us originals remain – 500 Pods later (501 if I get this one ready in time, but it is 4am and I’m pushing it a bit) we still push on with making sure we share as many of our thoughts on SAFC with the fanbase as possible.

We tend to push an agenda of whatever we want to say at any given moment and for some strange reason you listen to us… if only to point out we’re talking bollocks, which is fair enough.

My voice is one you’ve never heard on the Pod, my role isn’t as a speaker… more an enabler. I think if you wanted to define my many different roles ‘Chief Pod Enabler’ would certainly be the most apt, but I digress.

To cut a long story short here, a decision was made to partner with our good friends at SCSK as has been explained previously, and to use our reach as a Podcast and alongside Roker Report as a site to increase the visibility of a charity few of us had encountered previously but a charity that spoke to many of us – some who had experienced, or continue to experience, the sort of struggles for people in our community that are unfortunately encountered by Andrea Bell and her team at the Soup Kitchen on a daily basis.

We were in awe of their generosity and their warmth and came to believe in them all at a time of great strife for many in society. They are a lifeline for the community with a quite breathtaking level of commitment to their shared cause: their desire to help others no matter who they are.

They are genuinely those lifeguards of the community that I mentioned. 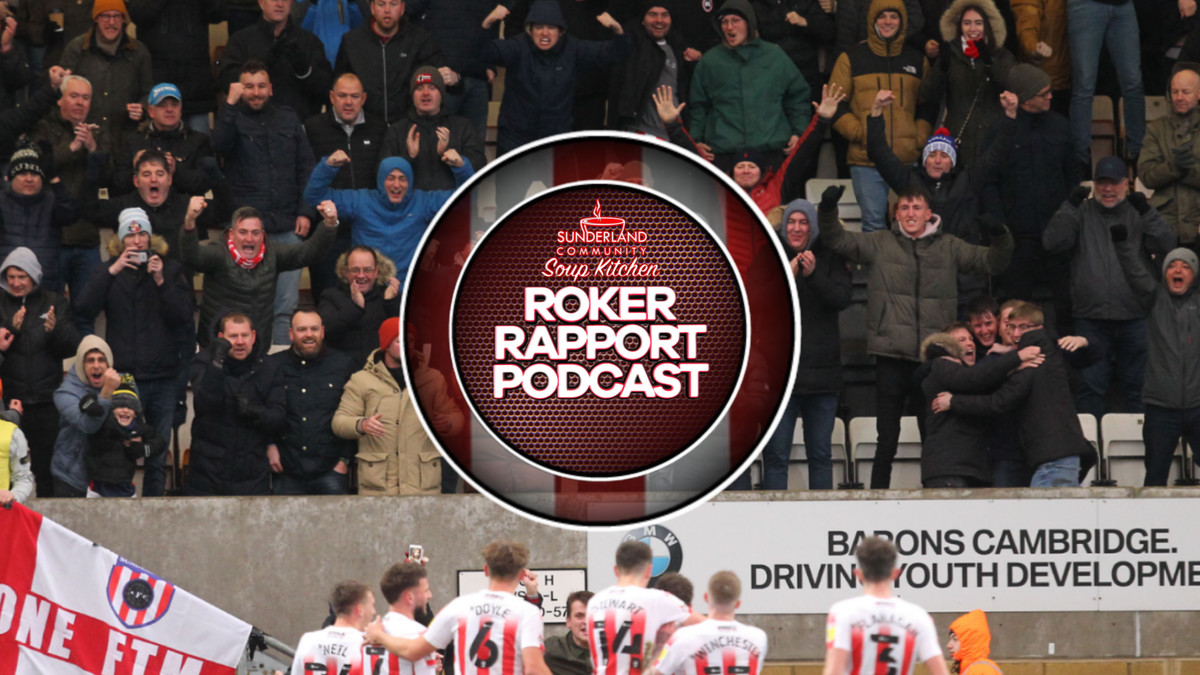 The basic idea for us as a Pod was to change the role you’d traditionally find in partnerships between Podcasts and the like and sponsors – in this association, we not only committed every resource at our disposal to further the SCSK cause, but to actively use our ability to generate income (via that aggravating advertisement you may find yourself listening to when you listen to one of our Podcasts now) and hand all of that income directly to the team at the Soup Kitchen.

Not one contributor to our Podcast makes a single penny from it, and I’m proud to enable each and every one of them, as much as I often come to regret it.

But look at it this way. You, the listener, without knowing it, have helped to swell the initial donation to those who are in the most need in your community, simply by listening in.

When you think about it, even those hot takes on Sunlun you may have hated the most recently have been worth listening to...

To summarise: This donation of £13,000 is made for all of us; every contributor, every guest and every listener of the Roker Rapport Pod, and we remain committed that every penny the Podcast makes in advertising revenue – or by any other means we can think of – will continue to flow back into the Sunderland community via our partners, The Sunderland Community Soup Kitchen.

Oh, and by the way, to try to increase funds a bit more where we can over the coming year, I may drop the occasional ad roll in the middle of a Pod. I’m not a fan of interruptions either, and so I try to avoid hitting you all with any, but ‘every little helps’ as the old adage goes.

Remember this donation is just the beginning. Whatever you can do to help as we look to smash last year’s target, please do so.

Together, we can help so many people.

All our love Lads and Lasses, from every member of the Roker Rapport Podcast and the Sunderland Community Soup Kitchen.

Thank you for being part of the team!