Stream It Or Skip It: ‘The Standups’ (Season 3) On Netflix, A New Six-Pack Of Half-Hour Comedy Specials 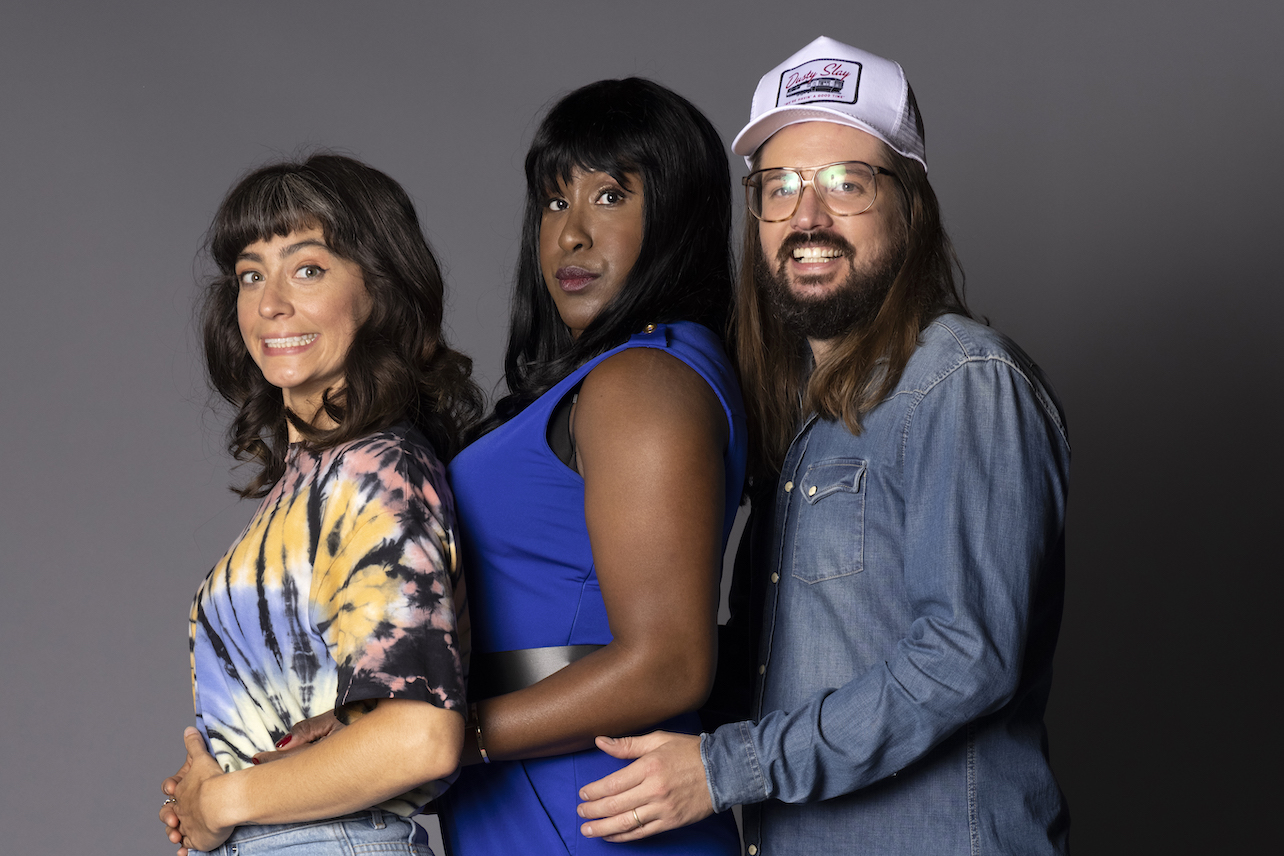 I don’t know if you could find a more generic, vague title for something than Netflix’s The Standups, but here we are with season three of this thing. What is this thing? It’s a collection of six new half-hour stand-up comedy specials, all filmed in the same location over a couple of days. For this season, they converged in midtown Manhattan, filmed this summer when the COVID coast seemed clear!

THE STANDUPS (SEASON 3) : STREAM IT OR SKIP IT?

The Gist: Each of the three seasons of The Standups has featured a mix of comedians at different stages of their career. Some getting their first chance at a half-hour showcase on TV or streaming, while others already have hour specials and/or other credits under their belts. This year’s crop features half-hours from Brian Simpson, Naomi Ekperigin, Mark Normand, Janelle James, Dusty Slay, and Melissa Villaseñor.

What Comedy Specials Will It Remind You Of?: It’s the third season of this series, so it should remind you of itself at this point.

Memorable Jokes: Brian Simpson starts things off with a bang with his topical observation of how pandemic stimulus checks made all of the arguments against reparations for slavery kinda moot. “It’s not really a joke. That’s just a solution.” The whole first 15 minutes of his half-hour are flat-out fantastic, with more solutions to healing our race-based wounds.

Naomi Ekperigin, a New Yorker living in Los Angeles who you may recognize as Carol from Mythic Quest (if you hadn’t seen her previous half-hour special for Comedy Central), demonstrates why she’s an old soul who’d rather pretend she’s the protagonist in a Nancy Meyers movie, or at least be the kind of woman who needs to take a vacation from Maui. Note to self: You can, in fact, take a vacation from a vacation destination, but you cannot adopt a dog from a rescue shelter and expect it to immediately rescue you from your old habits.

Mark Normand is very much a Millennial NSFW version of Jerry Seinfeld, using observational comedy and wordplay to focus on sex, hookup culture, and differences in race and religion. If you can imagine Seinfeld comparing the vagina to a university admissions office, then you’ve got Normand’s voice in your head already.

Since Janelle James appeared on Netflix’s The Comedy Lineup , the streaming giant’s pre-pandemic showcase of 15-minute comedy sets, she has graduated to co-starring roles on Showtime’s Black Monday and now, the new ABC sitcom Abbott Elementary . Her half-hour is the most focused of these six on the pandemic, with jokes about how she ended up spending more time than ever with her two teen sons thanks to quarantine. She also had topical jokes about billionaires rocketing into space and the ridiculousness of cancelling Aunt Jemima. “If COVID was a test for humanity, we pretty much failed.”

Dusty Slay, with his trucker hat, long hair, and a wave to go along with his catchphrase, “We’re having a good time,” seems like a gimmick, doesn’t it? He even nods to it, asking the audience: “How many people thought my hair was attached to this hat?” Slay is a different person now from the kid who grew up in an Alabama trailer park, though. For one thing, he’s no longer a blackout drunk. But he has stories.

Last but not least, we have Villaseñor, who joined Saturday Night Live five years ago now. Has it been five years already? After an opening medley as Dolly Parton, singing daily affirmations to herself, Villaseñor settled into a routine that focused mostly on her family life, with lengthier impersonations of her mother and her abuelita than of celebrities as joked about being a second-generation Mexican-American who still needs to learn Spanish.

Our Take: It’s no secret that the quality of Netflix’s hourlong comedy specials hasn’t remained as dominant as the streaming giant would like you to believe. Sometimes less is more. Tightly focused, joke-packed half-hours keep everyone much happier than meandering hours of material where the viewers might click away to see what else the algorithm might offer them. And you love one of those particular comedians enough, then you’ll probably get to see them write and perform another half-hour or an hour on their own. Until then, keep the half-hours coming, please.

Our Call: STREAM IT. No matter your taste in stand-ups, you’re bound to find someone here who you’ll like.

Sean L. McCarthy works the comedy beat for his own digital newspaper,  The Comic’s Comic ; before that, for actual newspapers. Based in NYC but will travel anywhere for the scoop: Ice cream or news. He also tweets  @thecomicscomic  and podcasts half-hour episodes with comedians revealing origin stories:  The Comic’s Comic Presents Last Things First .

Watch The Standups on Netflix