Tech Workers Return to the Office, With New Norms and New Expectations

Hi, welcome to your Weekend!

Our company returned to three days of in-person work this week, and we clearly weren’t alone. Downtown San Francisco, where The Information’s headquarters are located, was noticeably less of a ghost town, with salad joints, coffee bars and bike lanes all back to bustling (the hot spring weather may have helped).

After two-plus years of on-again, off-again in-person work, it feels like the tech industry is dead set on returning to pre-pandemic normalcy. And yet, are employees along for the ride? The answer, writes Flora Tsapovsky in this week’s cover story, is causing much hand-wringing inside Silicon Valley companies right now.

Given what we’ve all been through these past few years, it’s silly to think that everything will be back to normal immediately. Rather, we're in a new stage of the after-times, one where we're all being asked to recalibrate the way we do our jobs and what we want from them. It promises to be a weird and awkward time, so expert guidance is needed.

The first step, as one workplace consultant told Annie for her RTO Survival Guide, is “be kind to yourself.” Agreed. 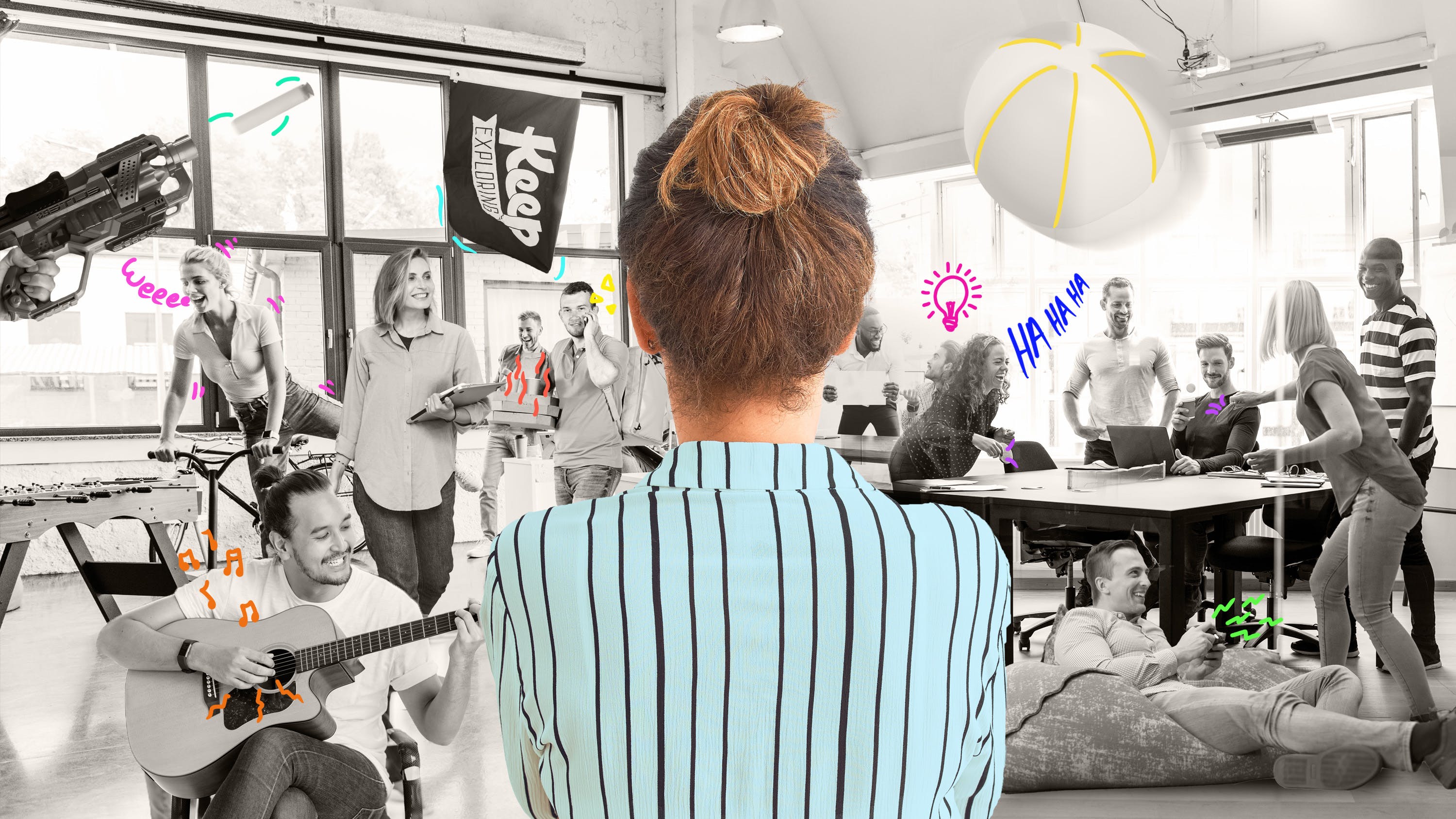 The Cult of Company Culture Is Back. But Do Tech Workers Even Want Perks Anymore?

There’s an uneasy vibe in the air as tech companies tiptoe into year three of the pandemic, and workers begin to trickle back into offices. In an industry known for its lavish campuses, food truck parties, and wine-tasting evenings, the return to in-person work begs the question: Does anyone care about company culture anymore? Some employees are balking at the old ways of team-building inside companies and wondering if the famous perks of tech life are really still necessary. 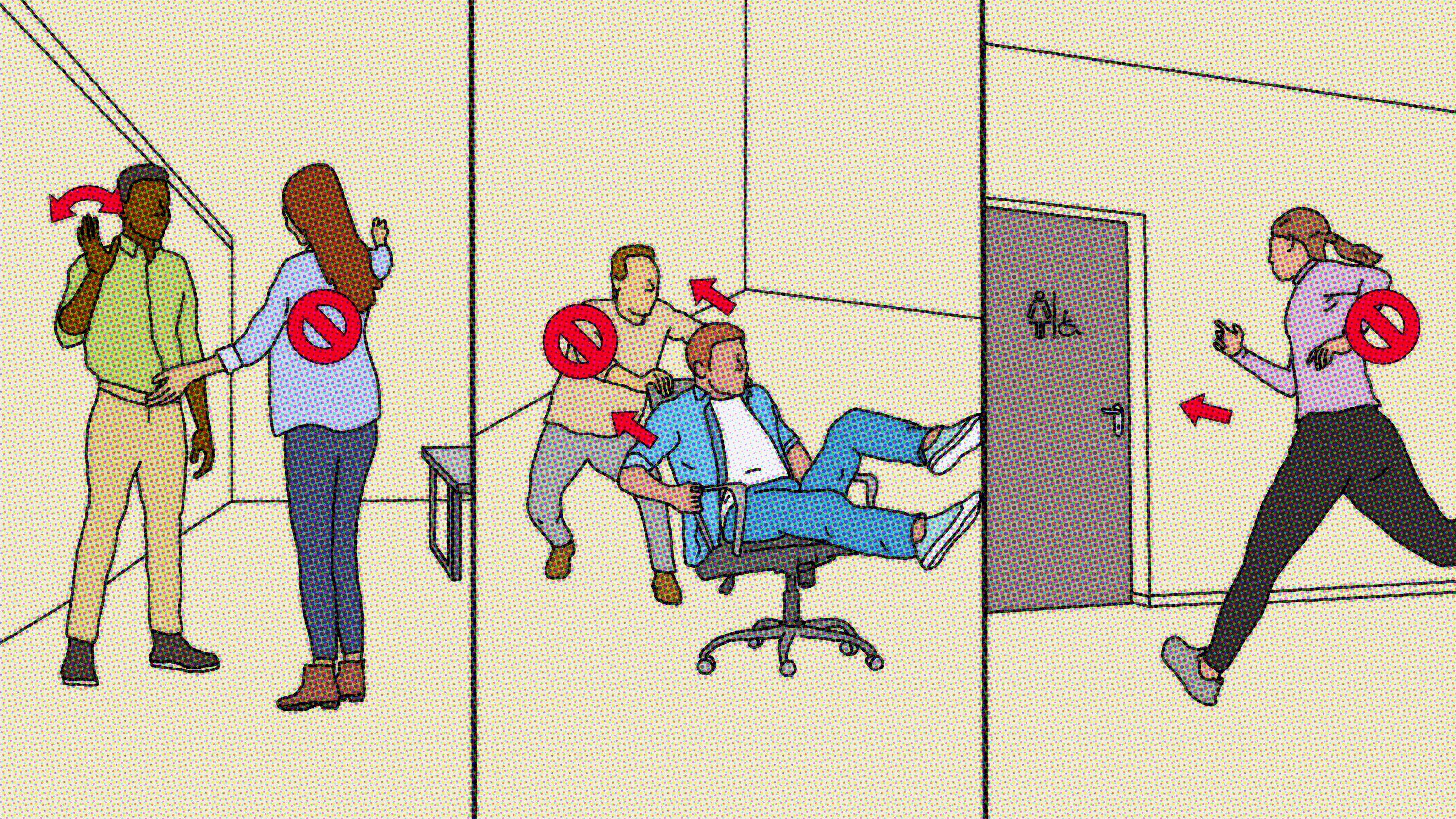 ‘Buckle Up, the Next Four Weeks Are Going to Suck’: Silicon Valley’s Return-to-Office Survival Guide

How do you introduce yourself to co-workers you've only met on Zoom? Can we wear sweats into the office? And, how do you present in front of actual people, again? As more and more tech companies head back to in-person work, workers can expect new challenges, from the practical to the existential. Annie asked those already in the trenches, from engineers to corporate culture consultants to Silicon Valley stylists, for their best practices in the RTO age. 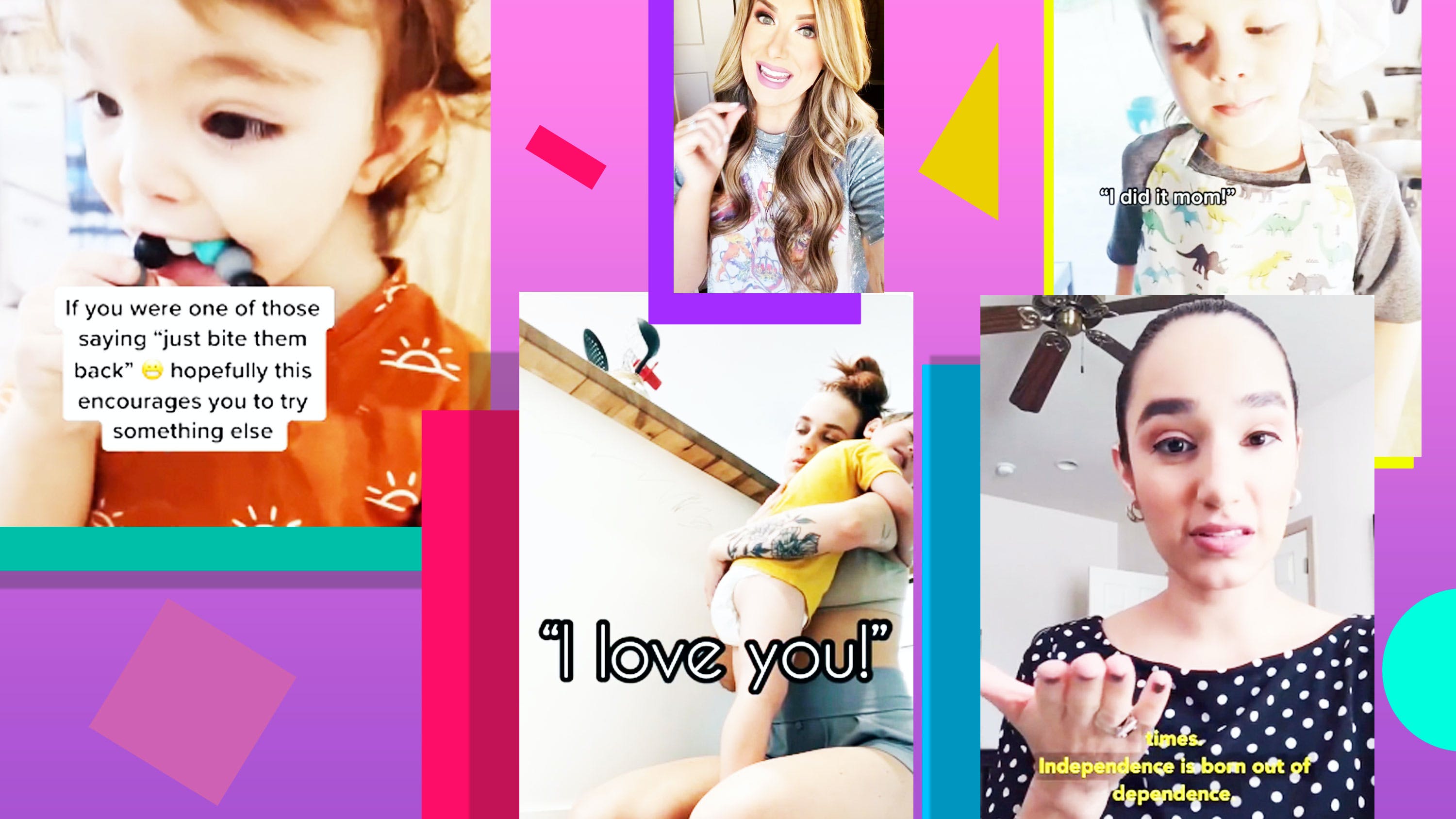 No Timeouts, No Yelling: The Gentle Nonsense of a TikTok Parenting Meme

In this week’s Parentverse column, Emily breaks down the TikTok trend that has been following her everywhere: #gentleparenting. To be a gentle parent, she learned, you don’t say no to your child. You don’t put them in time out. You don’t ever raise your voice. But the gentle parenting advice often found on TikTok misrepresents what is actually an ancient philosophy. Emily looks at how social media has made gentle parenting more famous, yet more misunderstood. 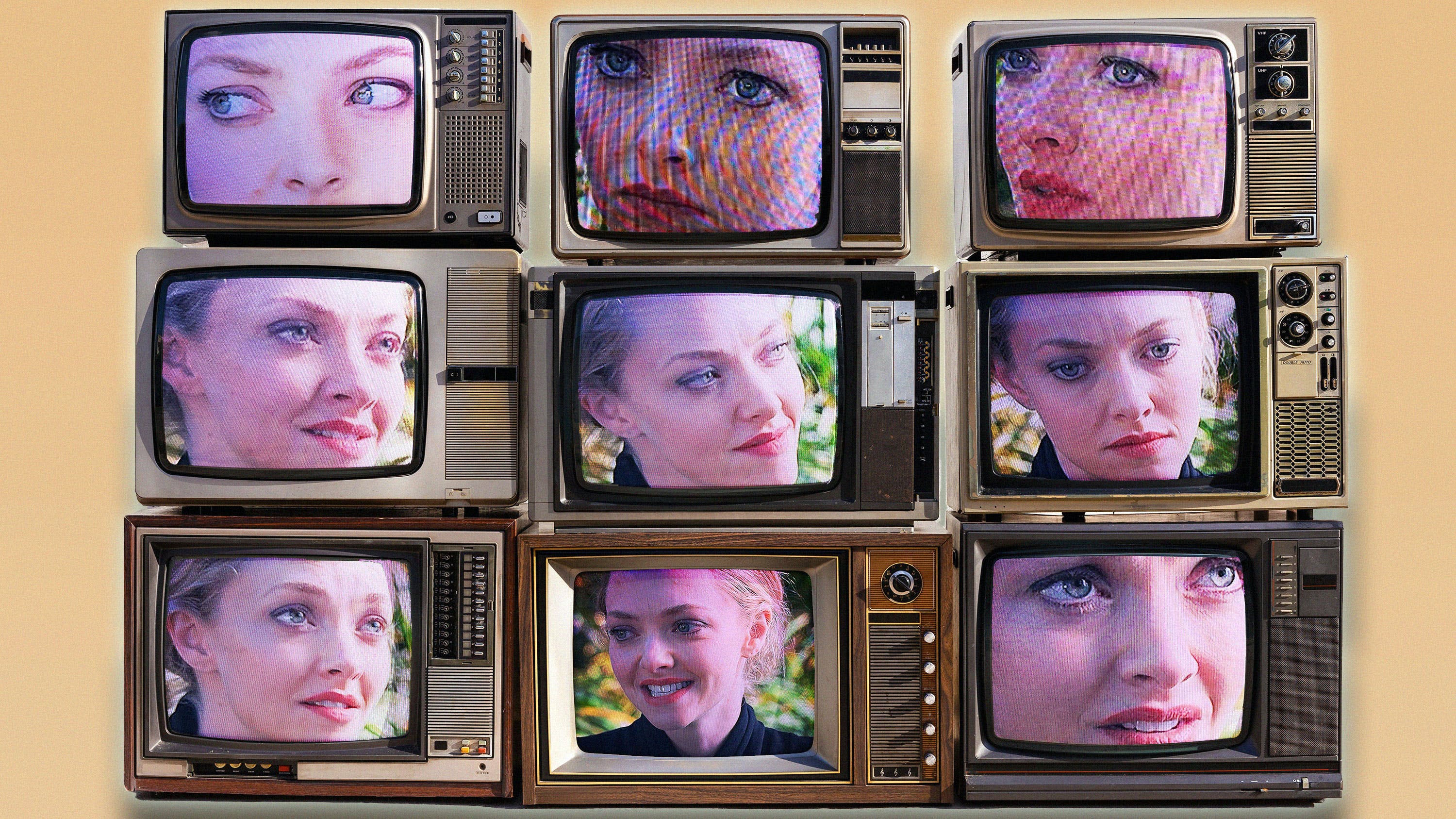 ‘The Dropout’ Is a Knockout

Jillian’s been on a tech TV binge, watching all the new shows based on real-life tech-world scandals gracing streaming services lately, including Showtime’s “Super Pumped” and Apple TV’s “WeCrashed.” But it’s Hulu’s “The Dropout,” which aired its season finale on Thursday, that is far and away the best. And the competition, she says, isn’t even close. Here, she explains how the show’s creators achieved the impossible: making viewers feel compassion for Elizabeth Holmes. 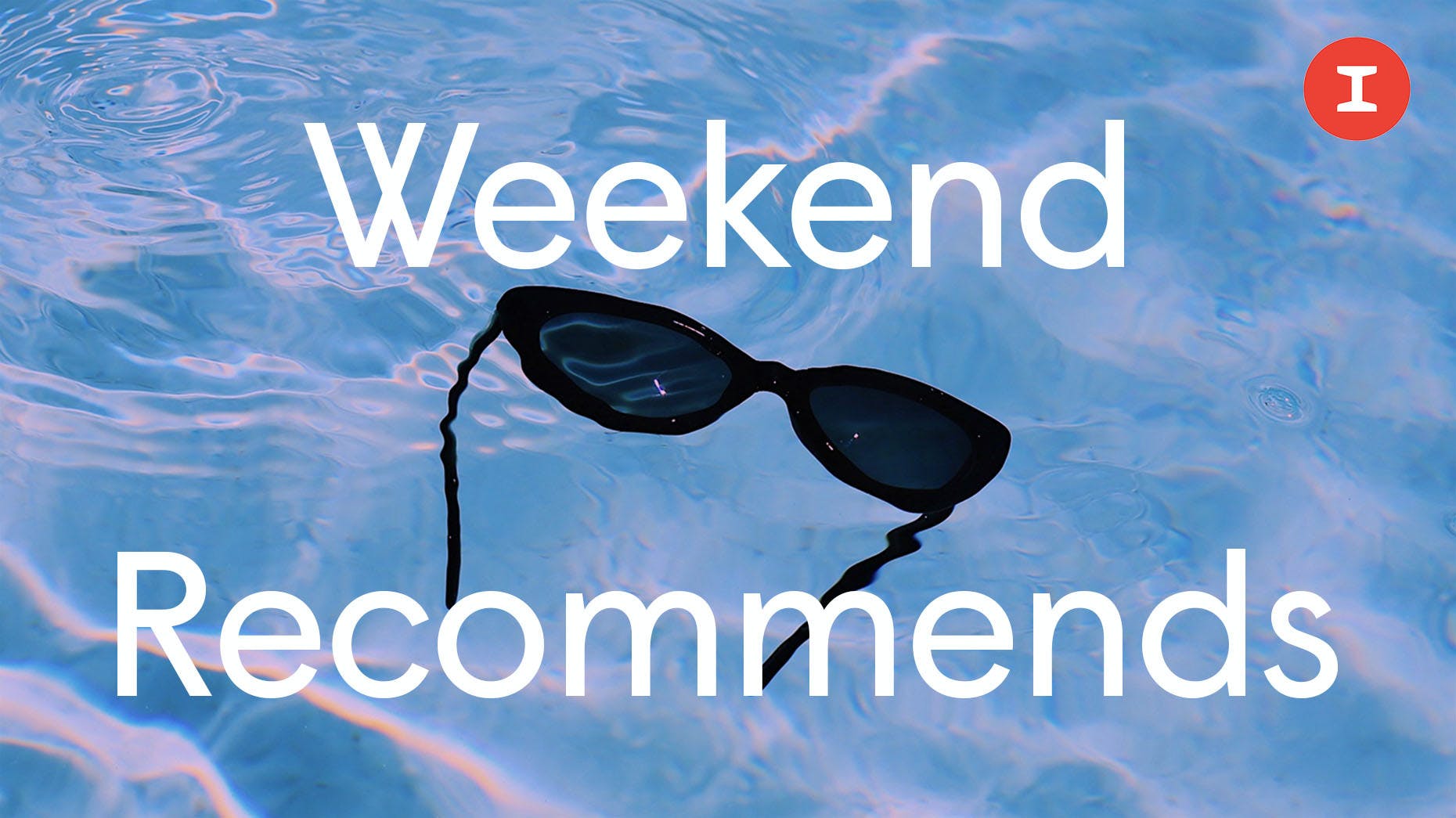 Watching: “Return to Space”—the “Free Solo” of rocketships From Jimmy Chin and Elizabeth Chai Vasarhely, the directors of the Oscar-winning documentary “Free Solo,” comes a new doc about America’s most controversial space racer: Elon Musk. Though it presents Musk in an extremely favorable light (the Wall Street Journal warned, accurately, that the movie “may come on like a promotional piece for SpaceX”), the film also reveals lesser-known aspects of the entrepreneur. The shitposting side of Musk we see on Twitter is (mostly) stripped away, revealing a more vulnerable figure, one playing a sizable role in America’s path back to the moon.

Noticing: iHeartRadio wants to turn NFTs into podcasts What dark secrets do Bored Apes harbor? What do CryptoPunks think about the current political climate? iHeartRadio is determined to find out by buying up to 15 digital characters and casting them in a series of podcasts. Axios reports that the company wants to challenge what qualifies as intellectual property and win back listeners who have flocked to streaming. “We can world-build for them,” said one executive of the exorbitantly-priced cartoons, “creating narratives around them, and bring those stories to life via podcasts.” The curious name of this curious endeavor? The Non-Fun Podcast Network.

Reading: Good news, bad news for Sam Altman Two very different companies cofounded by the former YCombinator boss (who Weekend profiled last November) made headlines this week. The welcome news: OpenAI, where Altman is CEO, unveiled an astonishingly adept AI program that can draw anything on demand (deepfakes likely included). It’s called DALL-e, inspired by both the post-apocalyptic Pixar movie “WALL-E” and the surrealist artist Dali. Seems about right! The less-welcome news? Whatever’s going on at Worldcoin, the eyeball-scanning crypto company that Altman launched as a way to distribute wealth throughout the developing world. “What did you do with our eyes?” asked one alarmed trial participant. Not something Altman, or any tech founder, ever wants to hear.

Elon says what we’ve all been thinking.

Until next Weekend, thanks for reading!