The June 18 shopping festival, China's second-largest online shopping extravaganza after Singles' Day in November, has become the latest arena of e-commerce rivalry between established players, such as Alibaba Group Holding, JD.com, and new contender, Tencent Holdings' WeChat, as mainland consumers have become reluctant to loosen their purse strings in a slowing economy.

For the first time, WeChat has entered the 618 battlefield by offering merchants various incentives to live-stream on its video service Channels. The app has promised to direct more traffic to sellers who have achieved a certain sales level or posted high-quality short videos. It also said it would feature well-performing "showrooms" on the recommendation page.

Do you have questions about the biggest topics and trends from around the world? Get the answers with SCMP Knowledge, our new platform of curated content with explainers, FAQs, analyses and infographics brought to you by our award-winning team.

The ubiquitous presence of WeChat, which has 1.29 billion monthly active users, most of them located on the mainland, has offered some merchants the hope of reaching untapped consumers and connecting directly with them through WeChat's social features. 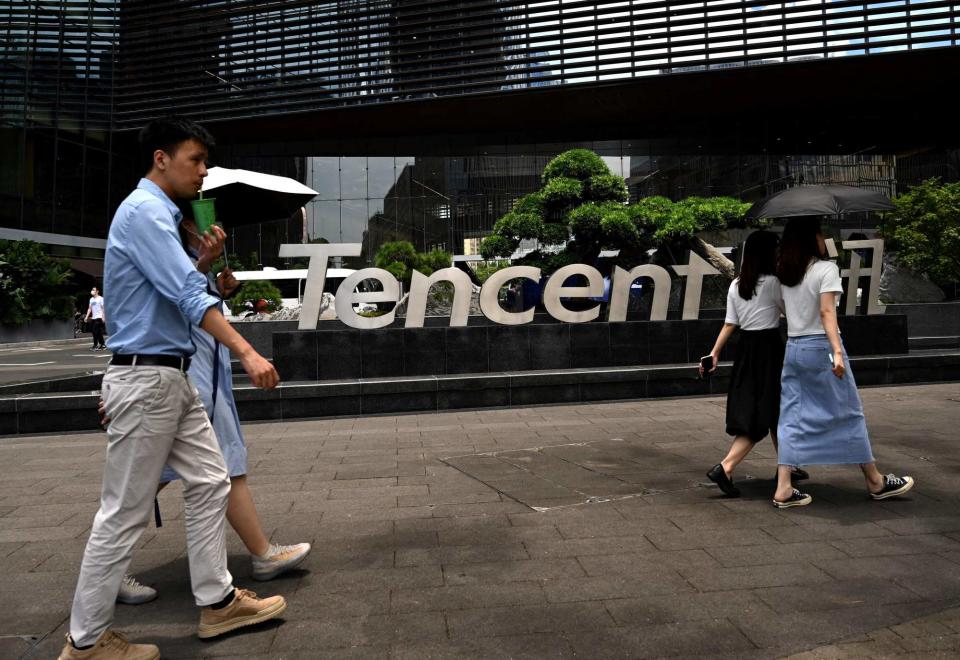 One brand trying to leverage WeChat's vast user base is Miniso, China's largest variety lifestyle-goods retailer, which debuted two product lines - a new collaboration with Walt Disney Studios' Pixar and a new line of aromatherapy products - through live-streaming sessions on Channels during the 618 festival, according to Wei Xiaoya, digital marketing director of the Guangzhou-based retailer.

"We started to try out Channels live-streaming in early 2021, and we consider it more than a platform to boost sales, but more importantly to launch products and engage with our fans," Wei said, adding that the brand has been hosting three live sessions each week since the third quarter last year.

Wei declined to disclose the company's sales figures on Channels, but she said private domain customers - those who buy through Miniso's app or become members, for example - usually spend three times more than the average customer, while those who purchase through Miniso's Channels showrooms spend twice as much as private domain shoppers, indicating the potential of WeChat as an e-commerce destination.

Sales made through live-streaming on WeChat grew 15-fold in 2021, with over 50 per cent coming from private domains - such as a brand's existing fans on WeChat - according to data from WeChat. Buyers in Channels live streams spend an average of 200 yuan (US$29.9) in each session, with 60 per cent of users making repeat purchases, a key indicator of customer stickiness.

While WeChat still lags behind traditional e-commerce platforms in terms of exposure to shoppers, particularly new customers, the Tencent app holds appeal to brands that want to build and maintain a loyal customer base by interacting with users in a semi-private network, according to Tracy Dai, director of operations at research and marketing agency China Skinny.

"WeChat has been building up its own ecosphere since its beginning, while e-commerce has been a part that's missing," Dai said. "WeChat's move this 618, especially with a number of policies - including traffic support and a review service for merchants to improve their live streams - is another big step."

WeChat's push into 618 comes as Tencent steps up its efforts to monetise Channels, which has around 450 million daily active users, according to estimates by China Skinny, compared with Douyin's 600 million.

Tencent's move adds to the challenges already faced by e-commerce giants such as Alibaba, owner of the South China Morning Post, and JD.com, which are trying to defend their market share from the likes of Douyin and Kuaishou as they try to turn e-commerce into their main growth engine.

Still, it would be difficult for WeChat, a relatively closed and private platform originally designed to connect friends and acquaintances, to develop into a major competitor against open platforms such as Alibaba, JD.com, Douyin and Kuaishou, Dai said.

"WeChat needs to demonstrate strong performances to be considered a real contender during 618 and be taken more seriously by merchants," Dai said, adding that WeChat is only supporting brands and influencers during 618, while some competitors are offering discounts directly to consumers.

Shan Wenran, a 26-year-old living in coastal Zhejiang province, said she spent nearly 2,000 yuan in this year's 618 shopping festival, mostly buying clothes and make-up products on Alibaba's Taobao and Tmall platforms. "I don't trust other platforms [such as WeChat and Douyin] that much ... it takes time to find good stores that you trust," she said.

Besides incumbent rivals, other major challenges faced by Tencent include a broad downturn in consumer spending. China's social retail sales shrank 6.7 per cent in May from a year earlier, although the decline was narrower than the 11.1 per cent drop in April.

Weaker consumer confidence and supply chain disruptions caused by Covid-19 preventive measures have contributed to a more muted 618 festival than previous years, with major e-commerce platforms choosing to emphasise their efforts to support merchants rather than boast about expected sales.

"I think consumers are becoming more rational ... they are more cautious," said Liu Hui, director of Consumption and Industry Development Research Institute at JD.com, at a media briefing on Thursday. "One typical behaviour is that they will add the products to the shopping cart one month or three months before 618, monitor the price change, and compare them with [similar products]."