Treasury Secretary Janet Yellen said Democrats should try and fix the nation's debt ceiling without Republican support if that is nece...

Treasury Secretary Janet Yellen said Democrats should try and fix the nation's debt ceiling without Republican support if that is necessary - a break with some senior members of her party.

'Should it be done on a bipartisan basis? Absolutely. Now, if they're not going to cooperate, I don't want to play chicken and end up not raising the debt ceiling. I think that's the worst possible outcome,' Yellen told The Washington Post in an interview.

'If Democrats have to do it by themselves, that's better than defaulting on the debt to teach the Republicans a lesson,' she noted.

The Treasury secretary made her comments during a flight from the G20 summit in Rome to Ireland, where she discussed the new global miniumum tax she was instramental in passing.

Ireland gave up its prized 12.5% tax for large multinationals to support the global tax, a major boost to the Biden administration's effort to get it passed. Yellen was there to express thanks.

While in Dublin, she met with singer Bono of U2, tweeting a pic of their sit down with the caption: 'It’s a Beautiful Day.' 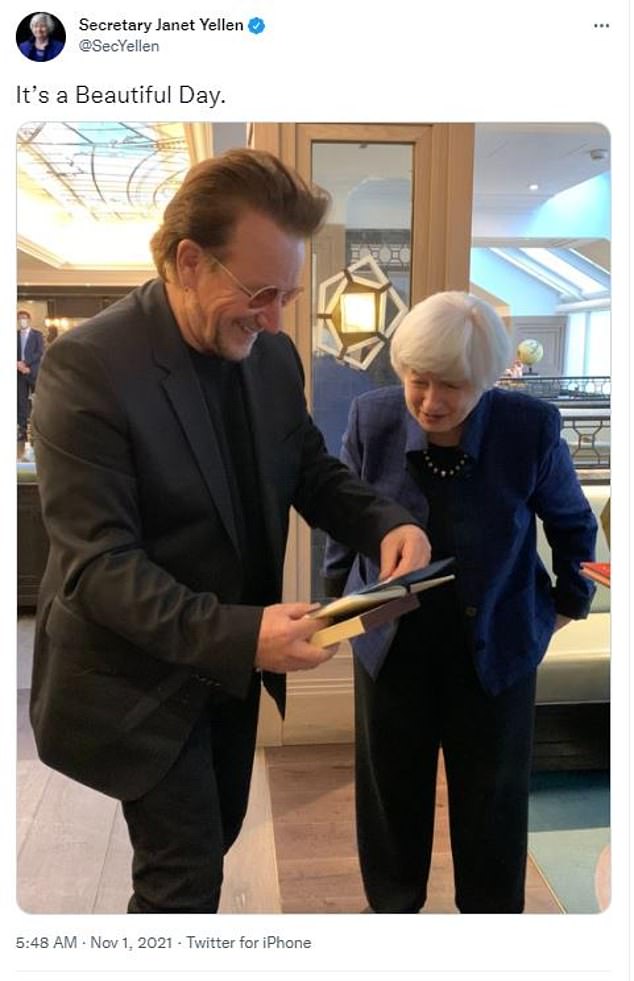 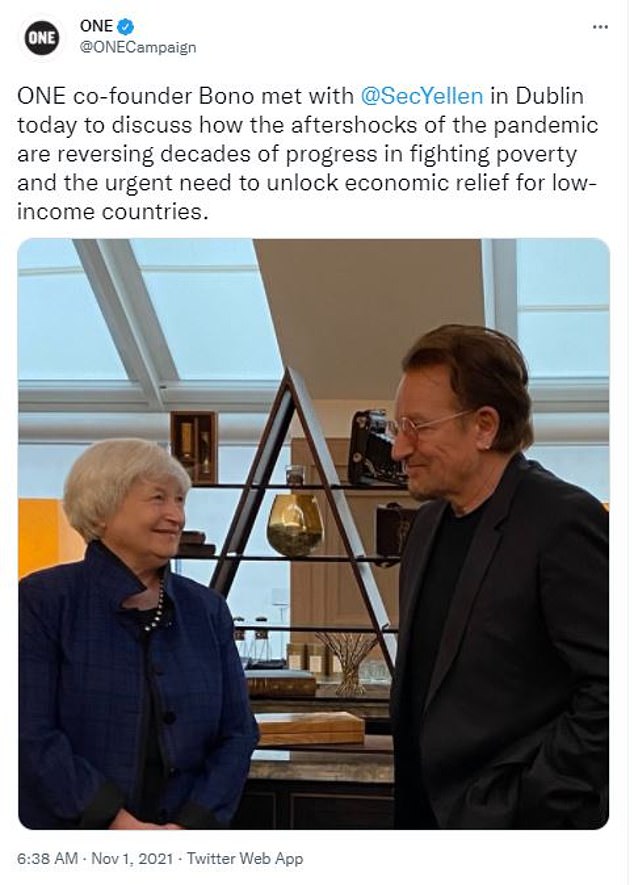 The U2 singer and financial whiz discussed global poverty

The two discussed 'how the aftershocks of the pandemic are reversing decades of progress in fighting poverty and the urgent need to unlock economic relief for low-income countries,' according to Bono's One Campaign.

Yellen next heads to Glasglow for the COP26 summit. But the debt ceiling issue will be back on her desk by the end of the year.

A debt deal in early October hiked the debt limit by $480 billion, which is what the Treasury Department said it needs to get the nation to Dec. 3. The current debt limit is $28.4 trillion.

The deal will keep the United States in business for the next two months and from defaulting on its debt, which has never happened in modern American history.

Republicans want Democrats to raise the debt ceiling by a specific number and filibustered a House-passed bill that would suspend the debt limit through December 2022 - after the midterm election.

The GOP, in turn, are then likely to use that number against Democrats in the midterm elections as they try to take control of Congress.

The issue will have to be resolved again before the end of the year.

Yellen suggested Democrats use the part of the reconciliation procedure called 'Section 304' to resolve the debt ceiling impasse to circumvent the filibuster. Senate Democrats on the budget committee previously ruled out that approach.

'To me, as the person who has to pay the bills and watches this on a daily basis — our funds dwindling in our account over time — I very much want to make sure that this is addressed. And this Section 304 procedure is one way in which that could occur,' Yellen told The Washington Post. 'I don't want to take 304 off the table, because it looks to me like a viable route to do it.'

Yellen added: 'We are in a very unfortunate position in which the Republicans have simply insisted they are not going to cooperate, and there may be other ways to do it.' 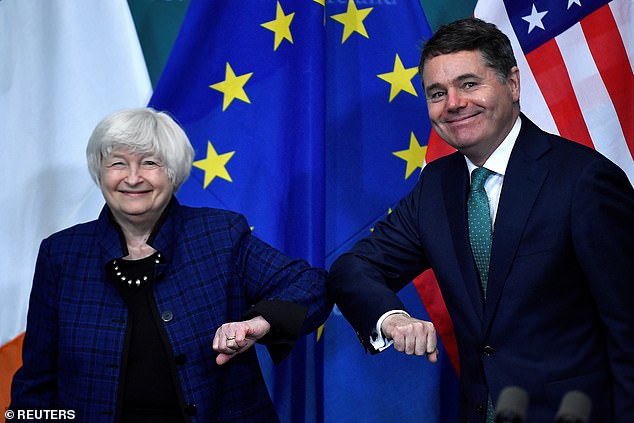 Reconciliation would allow Democrats to raise it with a simple 51-vote majority, which would have required all Democrats and a tie-breaking vote from Vice President Kamala Harris.

Senate Majority Leader Chuck Schumer has said the Senate doesn't have the time to go through reconciliation, a long and cumbersome legislative process.

'It is my view — it's not the White House view; it's not the president's view; they haven't weighed in on this — but I personally feel we should not have a debt ceiling,' Yellen told the newspaper.

According to the Q2 2021 Global Gift Card Survey, gift card industry in the country is expected to g...