The majority of the West Australian workforce subject to a vaccine mandate must have had their first or second dose by today, with those who do not comply risking heavy penalties.

On October 20, the West Australian government announced about 75 per cent of the workforce would have to be vaccinated by early 2022.

Group 1 industries — which include those where transmission risk is high, or are critical to community safety — must have had their second dose by today.

That group includes police, aged care workers, doctors and nurses, hotel quarantine guards and others on the frontlines.

Group 2 — which the government says is the largest number of workers — covers industries critical to service delivery.

Those workers must have had at least their first dose by today. 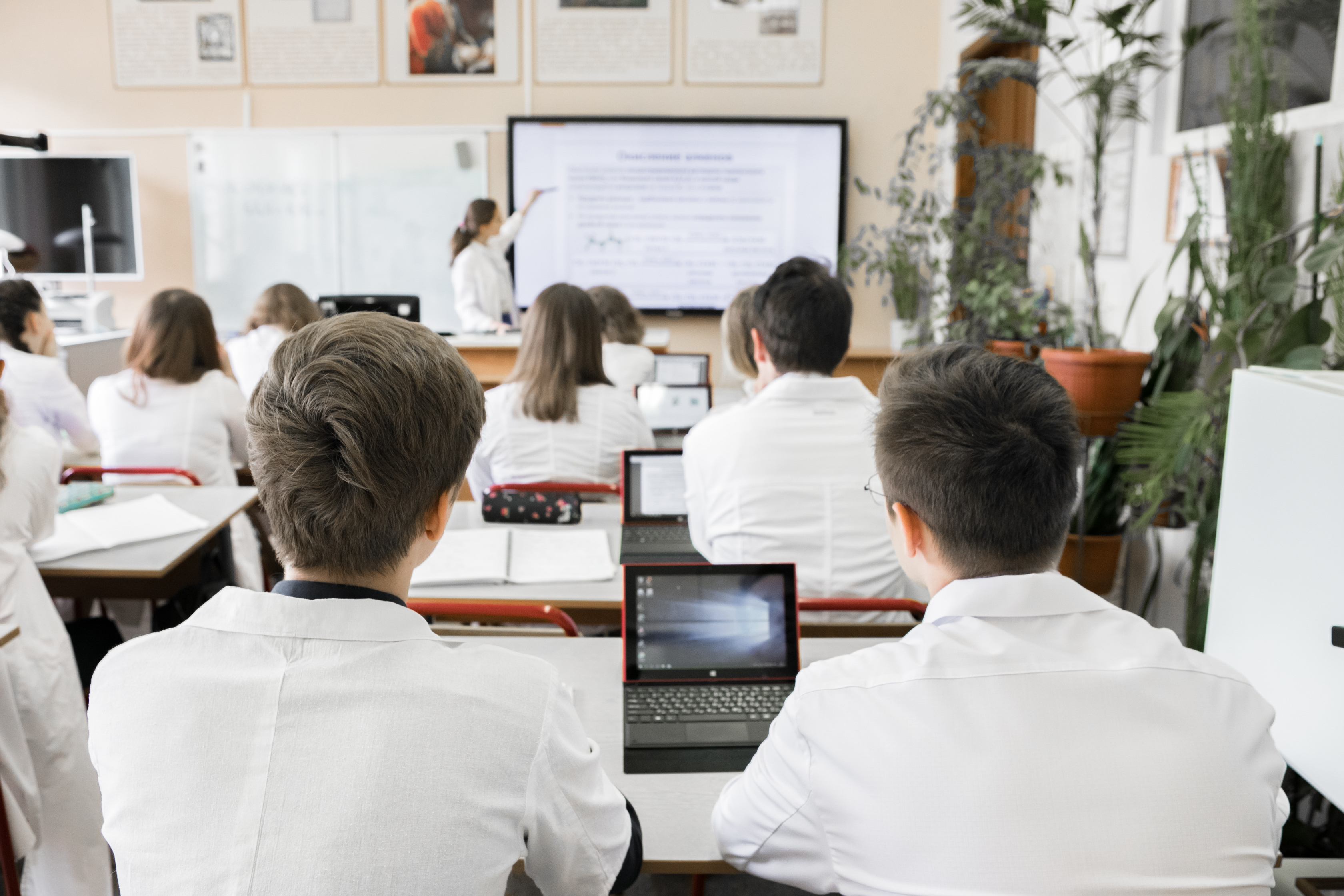 Teachers are included in the group 2 cohort. ( Shutterstock: IngoSStar )

Together, groups 1 and 2 make up 60 per cent of the workforce, according to the West Australian government.

There is also group 3 — which includes industries that must be vaccinated in the event of a lockdown to work — and it makes up another 15 per cent of the workforce.

The state government has since announced all groups are required to have a booster shot within one month of eligibility, to comply with the orders.

According to the directions issued by the Chief Health Officer under the Public Health Act, employers caught breaking the rules could be fined up to $100,000, while individual employees could face fines of up to $20,000.

"In some situations, it definitely is a reasonable thing for governments to do in order to respond to really serious public health crises," Dr Breakey said.

He said that, in Australia, mandates had already met some key criteria required to make them ethical, including that they must be safe, effective and accessible.

But, he said, governments must also demonstrate that alternative policies had been inadequate in responding to a clear and serious health risk.

Can symptoms be treated instead of mass vaccination?

Those opposed to COVID-19 vaccination have claimed they can protect themselves by remaining healthy and relying on their immune system's response without it being primed with a vaccine.

While not everyone becomes very sick or dies from COVID-19, a September report from the Centers for Disease Control and Prevention in the United States — which has seen rampant spread in the past 12 months — shows that vaccinated people are 10 times less likely to be admitted to hospital or to die from COVID-19 than those who are unvaccinated.

Some also believe alternative treatments — such as antivirals, the worming treatment ivermectin and the rheumatoid arthritis drug hydroxychloroquine — should be used instead of vaccines.

In some corners of the internet, people speculate that clove oil will treat the symptoms of the infection or prevent someone who is vaccinated from producing antibodies.

Reliable health authorities do not recommend these treatments because there is no clear evidence that any of them work on COVID-19.

For example, the highly-regarded Cochrane network — which specialises in meta-analysis of available studies and evaluates their scientific value — reviewed the use of ivermectin for the treatment of SARS-COV-2, and published its findings in July.

It concluded that, overall, the reliable evidence available did not support the use of ivermectin for treatment or prevention of COVID‐19, but it did note there were ongoing trials.

Hydroxychloroquine has also been repeatedly found to be ineffective as a post-exposure prophylaxis or as a COVID-19 treatment.

There is no evidence that clove oil or other herbal concoctions have any effect on respiratory viruses.

Treatments available for the symptoms of COVID-19 are limited but do exist.

The West Australian government could also have increased public health controls as cases spread, to slow the rate of infection.

It found there were substantial gains in increasing the vaccination rate from 80 per cent to 90 per cent with moderate public health controls.

There are also questions around how high-level, long-term public health controls can be sustained, as other states move away from lockdowns.

Mandates, by their nature, are discriminatory

Dr Breakey said that, while mandates were a reasonable response to a public health crisis, they disproportionately affected a small group.

So, even if they fulfilled the conditions of being safe, effective and available, it might still be the case that they impose on people's freedoms in an unfair or discriminatory way.

"There's going to be further qualities that we would want vaccine mandates to have," Dr Breakey said.

He said mandates should be targeted as specifically as they could be and avoid "life-shattering" consequences. 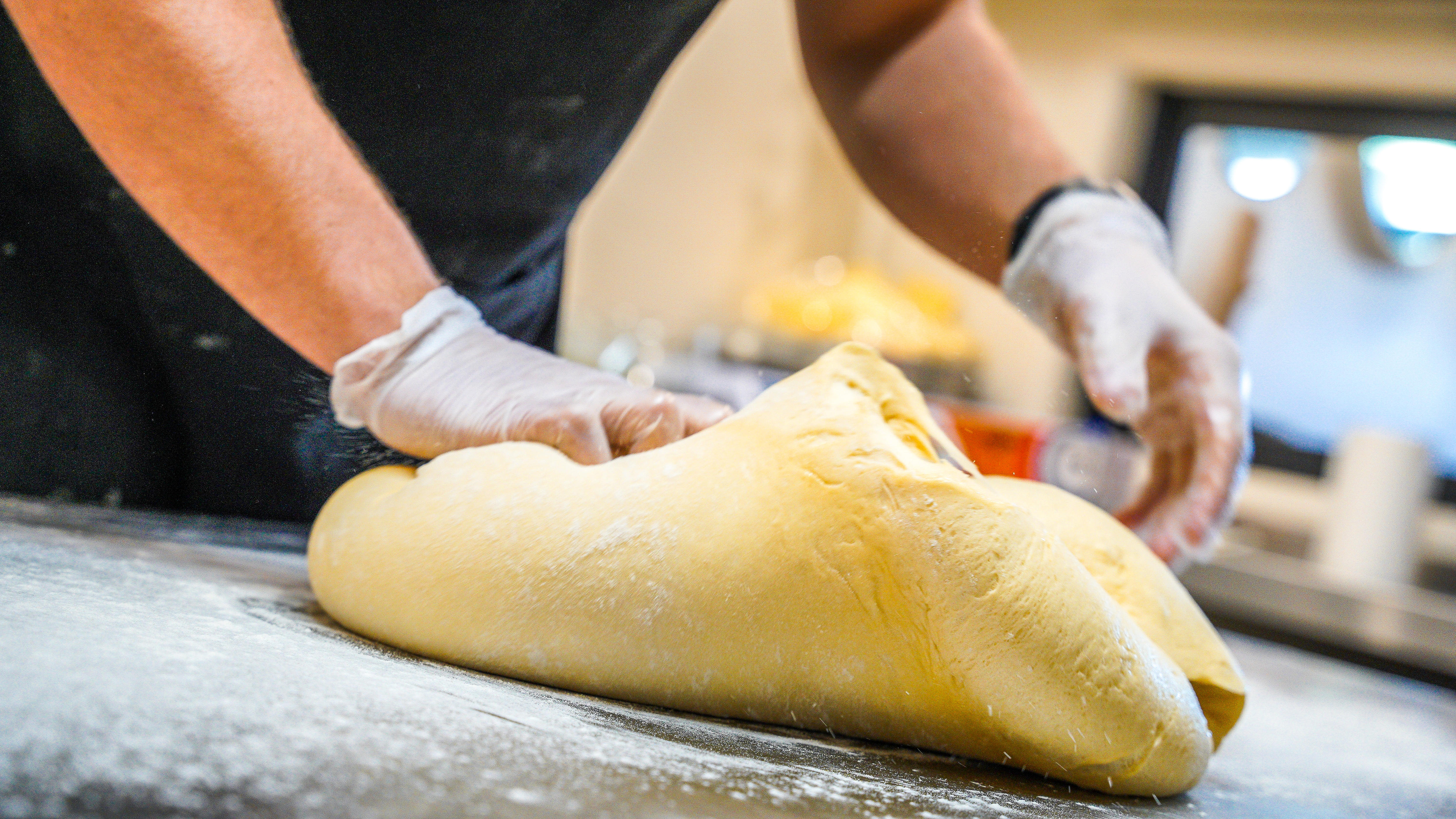 Even bakers in Western Australia are covered by the mandate. ( ABC: Bec Whetham )

He said the response to COVID-19 should be proportionate and similar to how society responded to other similar risks of harm.

He also said some consideration should be given to the importance of bodily autonomy.

"It's one that's been around for hundreds of years, this idea that we have almost a type of ownership relationship with ourselves, that we should own our bodies," he said.

"So, even though I'm not against vaccine mandates, in many cases, it remains true that people [who] are concerned about bodily autonomy aren't odd or strange.

"This is a very natural and, for some people, a very fundamental part of the way that they think about ethics in the world.

"And it's one that deserves respect."

The health argument for mandating certain types of employment

However, having the working population vaccinated, in particular, was important because of how mobile they were. 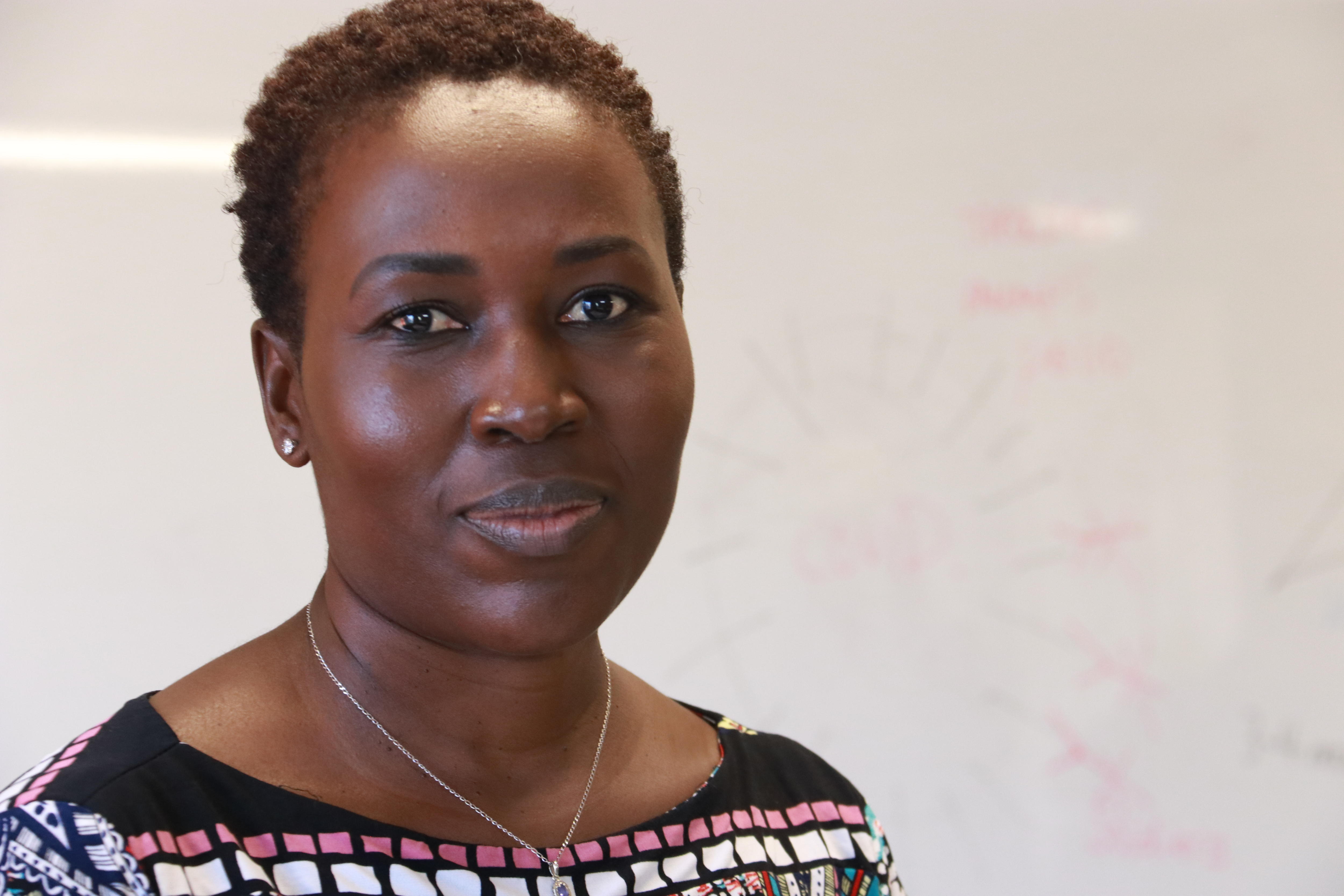 Dr Barbara Nattabi says it makes sense to vaccinate wokers because of how mobile they are.( ABC News: Elicia Kennedy )

She said this was easily explained by looking at the demographic differences in the employed versus unemployed.

"If you ask [me], you only find me at church, at my workplace and, occasionally, at the supermarket," she said.

"If you look at my son, he goes to work, not really the supermarket, but he's constantly meeting up with young people at car meets.

"So the number of people my 22-year-old will infect is potentially much higher than [I would] infect."

How many people will be impacted?

West Australian Premier Mark McGowan said he did not have exact advice about how many people were expected to leave their jobs as a result of the mandate.

However, in reference to vaccination rates in the medical profession — which faced a mandated deadline on December 1 — he said the rate of compliance was 99 per cent. 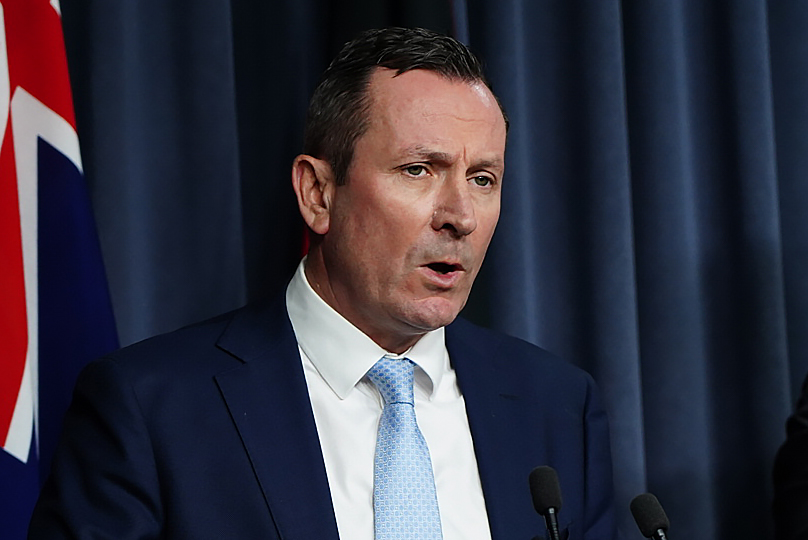 West Australian Premier Mark McGowan says it's hard to know at this stage how many workers will be forced to leave their jobs.( ABC News: Rhiannon Shine )

Mr McGowan said the biggest risk to the economy was if the workforce was not vaccinated.

"[The biggest risk is] if industries close down, if hospitals are flooded with unvaccinated sick people," he said.

"I understand there are people out there who don't like it," he said.

The total number of people employed in Western Australia, about 1.4 million, rose from October to November, the month after the mandates were announced.

During November, the state recorded its second-highest employment-to-population ratio of all states and territories, at 66.8 per cent, a rise of one percentage point, month-on-month.

Mr McGowan said he expected the state's vaccination rate to surpass the 90 per cent target by February 5,  given more than 90 per cent of people aged over 12 had already received their first dose in Western Australia.

UnionsWA secretary Owen Whittle said, ultimately, the number of workers who chose not to be vaccinated ended up being a very, very small minority.

"We are in extraordinary times, there's no denying that. And this is very different to something that would ordinarily be happening in industry," he said. 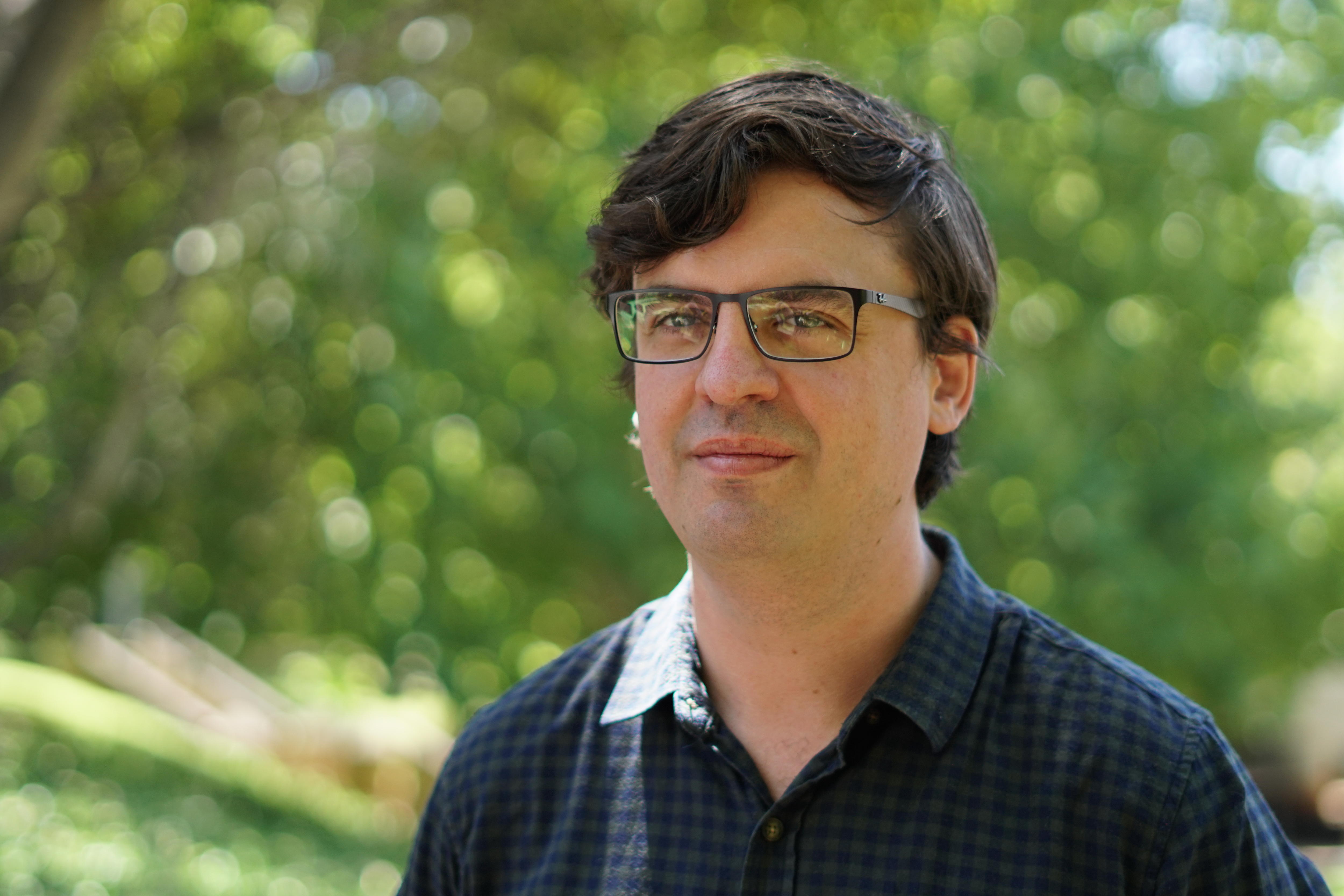 "Workers are really concerned about their health and safety.

"We know that COVID is a workplace disease that, once it gets into workplaces, causes serious injuries and death."

Space to play or pause, M to mute, left and right arrows to seek, up and down arrows for volume. 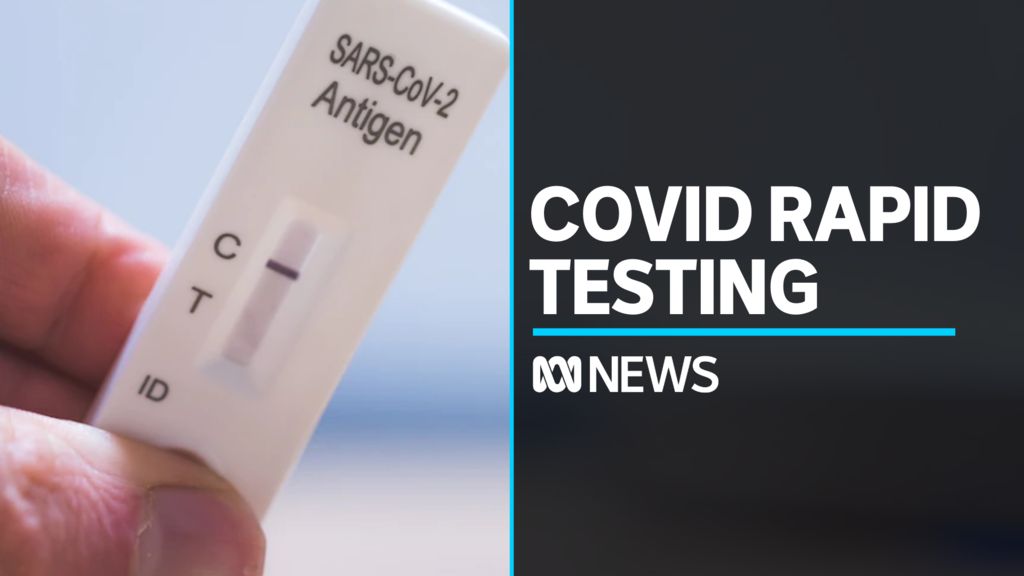 How accurate are rapid antigen tests?

What do you want to know about COVID-19? How has the pandemic impacted you? Let us know

Ask us a question

We will be in touch if your submission is chosen for further investigation.

I consent to being contacted by ABC journalists for newsgathering/investigation purposes. (optional)